Millions of baby eels are caught in Maine each year, but the fish remains an enigma Bangor Daily News

What Should Be Done to Curb Big Tech? Bari Weis, Common Sense

Trump faces a narrow path to victory against Facebook suspension Politico. The article treats Facebook’s “oversight board” as if it were an actual court; it’s expected to “rule” on Trump’s “case,” it issues “orders,” etc.

Another huge data breach, another stony silence from Facebook Guardian

All Together Now NYT. On the Skagit Valley Chorale. Key sentence: “The evening was chilly, but after a while, their bodies warmed the space and the HVAC system shut off.” Commentary:

Read and weep how the Skagit choir superspreading outbreak, first in the US, was ignored or explained away as maybe fomites or contact—a theory that required contortions that'd make epicycles blush—despite are-you-kidding-me obvious airborne transmission. https://t.co/89lM2Ke6qC pic.twitter.com/DLO7UBqco9

An enormous, cataclysmic failure by the public health establishment, the press, and the political class, which persists to this day. If scientists and the public don’t understand transmission, then successful public health measures are a matter of chance.

The Need For Institutional Brains Stumbling and Mumbling

A COVID-19 prophylaxis? Lower incidence associated with prophylactic administration of ivermectin International Journal of Antimicrobial Agents. From the Abstract: “Here, we show that countries with routine mass drug administration of prophylactic chemotherapy including ivermectin have a significantly lower incidence of COVID-19. Prophylactic use of ivermectin against parasitic infections is most common in Africa and we hence show that the reported correlation is highly significant both when compared among African nations as well as in a worldwide context.”

Is ivermectin ready to be part of a public health policy for COVID-19 prophylaxis? The Lancet. “Although ivermectin seems promising, it should not be used massively and for long periods without medical prescription until results of well-designed clinical trials are completed, and in the case of positive results, it must be administered in the recommended posology.”

Some Covid-19 long haulers say vaccines may be relieving their symptoms. Researchers are looking into it CNN

How the US can solve the global vaccine shortfall Agglomerations

Should Masking Last Beyond The Pandemic? Flu And Colds Are Down, Spurring A Debate NPR. From March, still germane.

A Story about an Irish Artist’s Putting Smiles on Photos of Tuol Sleng’s Victims Causes an Uproar Among Cambodians Cambodianess. As well it should have. Vice removed the story.

With Its Economy in Free Fall, Myanmar Braces for the Worst Bloomberg. What a miserable headline; the free fall isn’t endogenous, it’s a direct result of Myanmarese resistance to the coup. While external pressures are important (and easy to cover) what is happening inside Myanmar is far more important. Massed image (1):

Not sure about this last source (new account, R2P focus) but I’ve seen many other Myanmarese images organized on the same “power of small multiples” design principle.

Myanmar has never been a nation. Could it become one now? Al Jazeera

I Thought My Job Was To Report On Technology In India. Instead, I Got A Front-Row Seat To The Decline Of My Democracy. Buzzfeed News

Iran’s FM Blames Israel for Natanz Blast; Nuke Program ‘Set Back 9 Months’ Haaretz. But presumably Bibi would have cleared it with Biden?

Jay Powell says US economy is at an ‘inflection point’ FT

Due Process, Adult Sexual Morality and the Case of Rep. Matt Gaetz Glenn Greenwald. But we’re not talking about Cuomo or his accusers any more. Or, as Greenwald points out, Kamala [genuflects] Harris and Willie Brown. So it’s all good. Also, Florida man–

Is Trump anointing DeSantis as his heir? Former president golfs with Florida governor the day after calling Mitch McConnell a ‘dumb son of a b**ch’ Daily Mail. Since McConnell held up Trump’s $2,000 checks, retrospectively a proven winner at the ballot box for Biden, Ossoff, and Warnock, you’ve got to admit Trump has a point.

For years, the Boston Police kept a secret: the union president was an alleged child molester Boston Globe

“I Ate Too Many Drugs”: Are You Kidding Me?! Language Jones

Why We’re Freaking Out About Substack NYT. Because the dogs won’t eat the dogfood? Commentary:

Anybody who's been fuming about substack should be embarrassed after they absorb this uncontroversial point from @benyt. It's just an email service provider that links to a payment processor. https://t.co/LrcQWfyDGQ pic.twitter.com/YqUnfclPPr

Pontifications: More of the same expected at Boeing’s annual meeting Leeham News and Analysis. “No member of the Board represents the biggest single source of revenue and profits: commercial aerospace.”

$2.1 Billion for Undocumented Workers Signals New York’s Progressive Shift NYT. “Undocumented workers could receive up to $15,600, the equivalent of $300 per week for the last year, if they can verify that they were state residents, ineligible for federal unemployment benefits and lost income as a result of the pandemic.”

Job-killing effects of robotization may be overblown The Academic Times 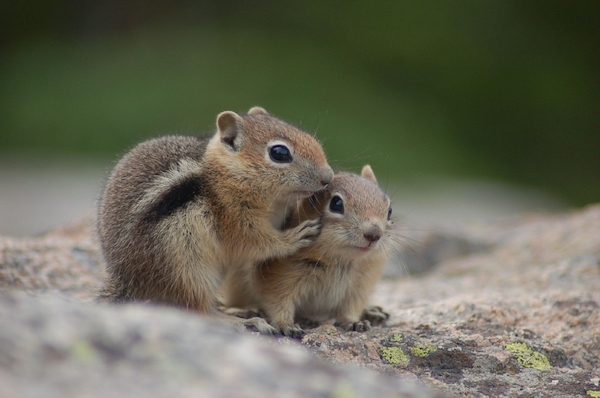