Yves here. Even though the Republican response to climate change is little more than a hand wave, the enthusiasm about the Democrats’ approach seems overdone. The Paris Accord goals already look like too little, too late. And that’s before getting to how much hidden carbon we import via Chinese made goods.

There’s too much inertia and wishful thinking and not enough fear.

By Dana Nuccitelli, an environmental scientist, writer, and author of ‘Climatology versus Pseudoscience,’ published in 2015. He has published 10 peer-reviewed studies related to climate change and has been writing about the subject since 2010 for outlets including Skeptical Science and The Guardian. Originally published at Yale Climate Connections 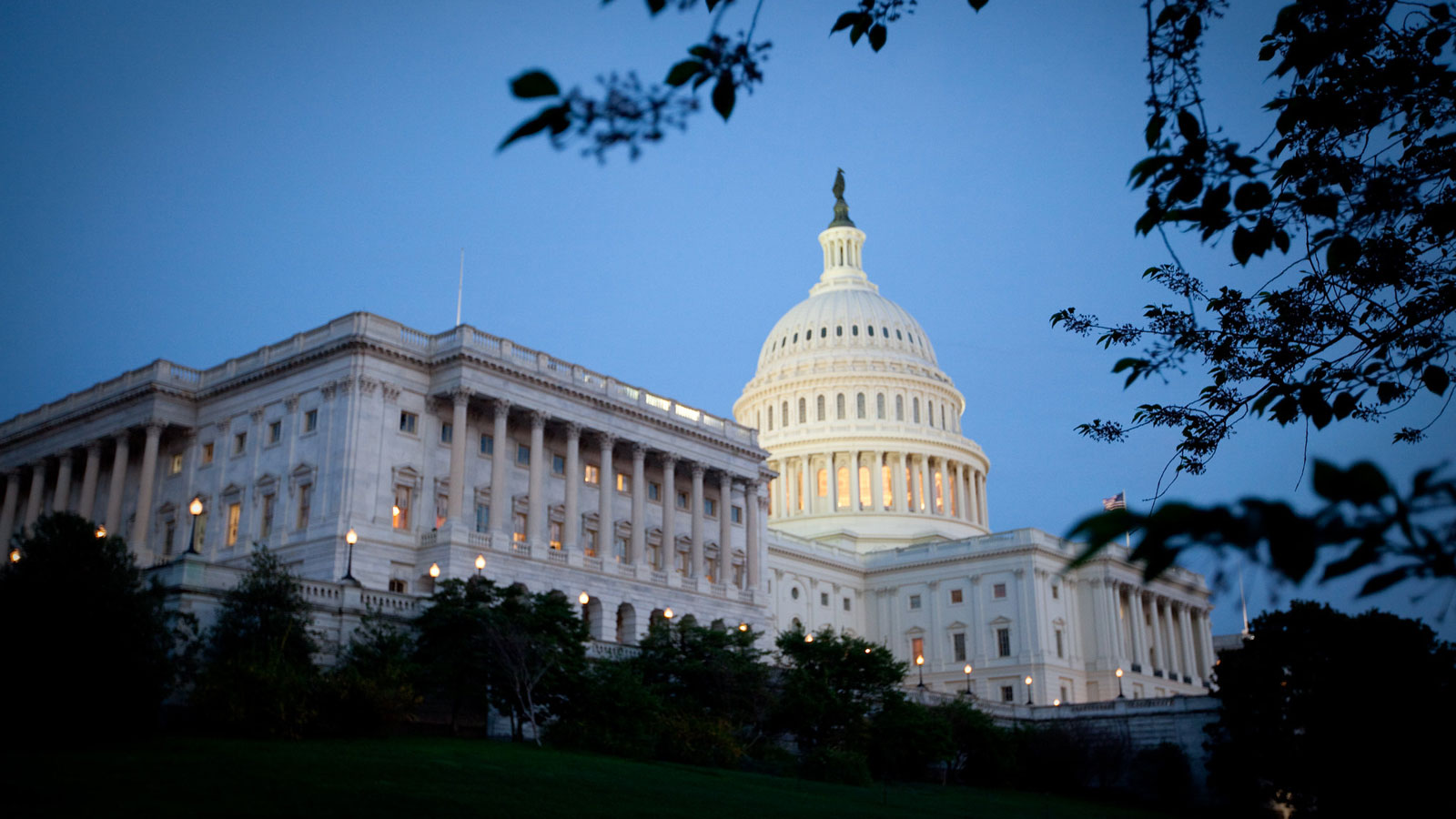 President Biden on Earth Day, April 22, unveiled America’s aggressive new climate target: a 50-52% reduction in greenhouse gas emissions below 2005 levels by 2030, on the way to the pledge of net zero emissions by 2050.

That ambitious target would deliver America’s contribution toward meeting the Paris Climate Agreement and the goal of limiting global warming to less than 2 degrees Celsius (3.6 degrees Fahrenheit) above pre-industrial temperatures. President Biden and supportive House Democrats are backing the pledge with a concrete legislative plan to rapidly curb greenhouse gas emissions. That said, important details of the administration’s legislative package remain largely unanswered, and it’s certain to face rough going when, in whatever eventual form, it gets to consideration in the narrowly divided Senate.

In an effort to show that they too care about climate change, House Republicans unveiled their “Energy Innovation Agenda” in the days preceding Biden’s Earth Day announcement. That agenda did not include any specific emissions targets. Rather, it includes a continued reliance on fossil fuels and explicitly opposes putting a price on carbon pollution. It stands in stark contrast to the Democrats’ ambitious plan to meet the Paris climate targets by transitioning to clean energy and leaving fossil fuels in the ground.

House Democrats had been preparing for this moment. In the summer of 2020, the House Select Committee on the Climate Crisis released a comprehensive 547-page report detailing their plan, which analysts estimate would cut greenhouse gas emissions 40% below 2005 levels by 2030 and close to net zero by 2050.

To meet the Paris target of limiting global warming to less than 2°C, global greenhouse gas emissions must reach net zero by around the year 2075, depending on factors like the rate of pollution cuts and the amount of carbon removed from the atmosphere and sequestered underground. Wealthy nations like the U.S. will need to reach net zero emissions even sooner to allow developing countries more time to make the clean energy transition as their economies and energy needs grow. President Biden’s pledge is thus designed to hit a sweet spot: It’s about as fast as America theoretically can move, and fast enough to avert the worst climate consequences. Anything faster would be politically infeasible, but anything slower would be inconsistent with the Paris goals.

The House Democrats’ plan centers around fully decarbonizing the electric grid by 2040 (President Biden has been even more ambitious, calling for a zero-carbon grid by 2035) and electrifying as many other sectors as possible (think electric cars and trucks for transportation and electric heat pumps and appliances for buildings). To that end, the Biden administration and House Democrats have been working to include a clean electricity standard and $1 trillion in clean energy investments as part of their infrastructure legislation.

To pass these measures, the closely divided Senate may well need to try to proceed through the budget reconciliation approach requiring a bare majority 51-50 vote, which could likely require all 50 Senate Democrats to vote in favor, with Vice President Kamala Harris then breaking a tie.

In short, Democrats have an ambitious climate target and a blueprint to begin delivering on it. But there’s no certainty at this point on what specific legislative language can pass both the House and the Senate and earn the President’s signature for enactment.

In contrast, House Republicans did not set a climate target, and their agenda would not achieve a substantial reduction in greenhouse gas emissions.

Instead, Republicans’ “Energy Innovation Agenda” focused on narrow measures like planting lots of trees, capturing carbon from smokestacks and directly from the air, and expanding U.S. fossil fuel production. To defend the latter point, Representatives Carol Miller (R-WV) and Bill Johnson (R-OH) suggested that because some American fossil fuels are less carbon-intensive than some foreign sources like Russian liquified natural gas, the U.S. should increase its fossil fuel exports to help, they reason, reduce global emissions. This argument appears akin to a nutritionist promoting a diet of strawberry cheesecake because it’s less calorie-intensive than a diet of chocolate cheesecake. To reach net zero emissions and meet any climate target, experts agree that vast quantities of fossil fuels must be left undisturbed in the ground.

To skirt that reality, the Republican agenda focused heavily on capturing and sequestering carbon. It proposed that the U.S. participate in the international Trillion Trees Project, although the U.S. contribution would reportedly amount to an increase of less than 1 billion new trees planted annually, which would sequester only about 1% of the nation’s carbon emissions over the next decade. And while technological carbon capture and sequestration would assist in meeting climate targets, the process is currently prohibitively expensive. ExxonMobil, for instance, is developing one such project, and its Chief Executive has stated that a carbon price of $100 per ton would be necessary to make it profitable.

But the Republican agenda explicitly opposes putting a price on carbon pollution, even though historically anti-climate policy groups like the U.S. Chamber of Commerce and the American Petroleum Institute have recently endorsed market-based approaches to pricing carbon, and more than 2,000 companies already incorporate a carbon pollution cost into their planning.

The Republican House members’ argued that a carbon price would raise energy prices; that costs would fall disproportionately on low-income households; and that putting a price on carbon would disadvantage American companies relative to foreign competitors and thus simply shift pollution abroad.

Proponents of a carbon price, on the other hand, argue that approach would correct a market failure by revealing the full costs of fuels, including the climate damages currently paid by taxpayers, who foot the bill for damages resulting from higher temperatures and from more and more severe droughts, fires, floods, and hurricanes.

Moreover, carbon pricing supporters point to research showing that because clean sources like wind and solar have become so cheap, a carbon pollution price would not substantially raise energy costs. And Democrats have sought to address the latter two concerns in two carbon pricing bills introduced in the current session of Congress – America’s Clean Future Fund Act in the Senate and the Energy Innovation and Carbon Dividend Act in the House. Both would generate income for most low- and middle-income households via rebate checks, and establish a border adjustment to protect American businesses and incentivize other countries to implement a similar carbon pollution price.

There are some climate policies on which policymakers from both parties generally agree. For instance, there is some bipartisan agreement on extending the life of existing nuclear power plants and on funding research of next-generation modular nuclear plants. Some members of both parties support carbon capture and sequestration, although many Democrats view it with skepticism, fearing these technologies would extend the operation of fossil fuel power plants whose emissions of other air pollutants harm public health, disproportionately in communities of color. Moreover, nearly 90% of captured carbon is currently used to extract more oil in a process known as ‘enhanced oil recovery,’ which reduces the climate benefits of the capture process.

These areas of agreement generally would lead to relatively small carbon pollution reductions. Democratic leaders maintain that meeting the Paris targets and minimizing the risk of potentially catastrophic climate scenarios requires a highly ambitious plan such as they have put forth: That’s precisely the kind of plan unlikely to attract much, if any, Republicans support.

This stark contrast highlights the current critical moment, with Democrats holding the slimmest of majorities in Congress and, given Republicans’ structural election advantages over Democrats, now facing a finite legislative window to pass and enact an aggressive agenda to set a path toward a stable climate.

We live in interesting times.