I see Papa Health very differently, as a slightly retrograde hanger-on in the time of Peak Bezzle. We’re awash in cons and idiocies like NFTs and imaginary art, which make sense only if there is a money laundering angle. Oddly, in a sanity outlier, SPACs fell from favor faster than I anticipated.

Papa Health has more of the Juiceroo or late stage dot com feel to it. There was about an 18 month when a team of not-yet-minted MBAs or even college students could raise $5 million with a five page business plan. Whether it could ever make money was of no import; all it had to have was the prospect of reaching eyeballs.

One of the critical elements of that era was extreme buzzword intensity, combined with the use of computer jargon. Mind you, I’ve been party to many meetings in foreign languages, as well as with very sophisticated technologists who were speaking over my head. But it was clear information was conveyed, often at a high bit rate.

By contrast, these dot com pitch meetings were at such a level of abstraction that they were hypnotic or soporific, depending on how jaundiced you were. One in a while, these meetings reached an apotheosis (as can be done in Japanese, but even then it’s hard to keep up for any length of time) of conveying absolutely no content, just a mish-mosh of of sexy-sounding buzz phrases recombined and spun about, as if they were money glitterballs.

Papa Health is like that. As we’ll see soon, it has a thinly sketched out service concept for oldsters (and no clear advantage over incumbents) but is supposed to be a breakthrough because app and because gig workers and because health data. We’ll explain how none of those work much or even at all in practice.

So in practice, even though Jared Holst worries that Papa Health could be a big accelerant of the rush to the bottom for senior care, this looks like the sort of firm that won’t even get far enough to do that much damage to investors, who are the real marks here. The one bit of good news is the company has raised only $92 million, which is couch lint in tech land.

Before you try the default defense for ventures like these, “Because innovation,” let me remind you that very powerful players with lots of dough and connections who actually do know something about tech have fallen on their faces with some grandiose-sounding ideas. Remember Facebook’s new currency Libra? Remember the joint venture between Amazon, JP Morgan, and Berkshire Hathaway to Do Something Big with health care data? ‘Nuff said.

In a departure from how I usually present cross posts, we’ll turn the mike over to Jared to describe Papa Health a bit further, and then I’ll resume to question why there isn’t much there there to Papa Health, business wise.

Globally, there are few cultural traits as commonly prioritized as the reverence of and respect for the aged. No matter what region of what country, it’s a near guarantee one of the reasons the local culture reveres grandpa is because he’s reached age 80. As those around them pass on or move closer to their immediate families, many elders are left vulnerable to loneliness and the psychological effects therein.

There are also more seniors relative to other age groups than ever before. This means taking care of grandpa isn’t just culturally important, it’s a juicy revenue opportunity. Bullshit Economy contributing factors such as Americans working longer hours, and the Millennial and Gen X cohorts having less wealth means grannies’ and grampies’ children have less time and money to spend looking after them. Add in the absurd cost of healthcare and you have three hearty blows in the artificially ballooning eldercare market.

Resting arthritically at the intersection of all this is Papa Health, a homecare startup that’s received $92 million in funding which:

“…pairs older adults and families with Papa Pals for companionship and assistance with everyday tasks.”

Papa’s ‘companionship as a service’ offering is only unique if you neglect to consider the world’s oldest profession. Instead, the confluence of dismal economic circumstances, the proliferation of two-sided marketplaces supplied by 1099 labor such as Uber and TaskRabbit, and the insatiable need for data has Papa asking the question, “What if we paid college students $15/hour to take grandmas to coffee, track how it goes, then sell the data to insurance companies?”

As evidenced by the market caps of companies like Facebook and LinkedIn, the potential for products whose business is ingesting our data for free and then repackaging and reselling to 3rd parties is enormous. One such 3rd party hellbent on its need for data is the insurance analytics industry. Currently at a market size of just under $8 billion, it’s expected to grow to over $22 billion by 2027. It was only a matter of time until our sense of duty to the aged crossed paths with data’s tantalizing margins.

“You’re so kind to me, I really wanna tell you truthfully, you did a marvelous job taking me to the store and on my chores that I had to do. I appreciate it.” – Sam Cirrincione, Papa Health user

Papa’s ‘Papa Platform’, allows the company to collect data on behalf of families and of course, health plans, with the goal of increasing quality of life. About the product, Papa’s CEO has this to say:

“I think what’s exciting about Papa is that we’ve become the eyes and ears of the plan.”

Papa, according to its CEO, is aspiring to be the hall monitor for insurance companies. Deranged.

Papa’s quest to report on both the 1099s who provide the service and the old people that hire them opens the door for a feedback loop in which insurance companies could begin providing instruction to Papa caregivers on the optimal way to interact with the elderly. 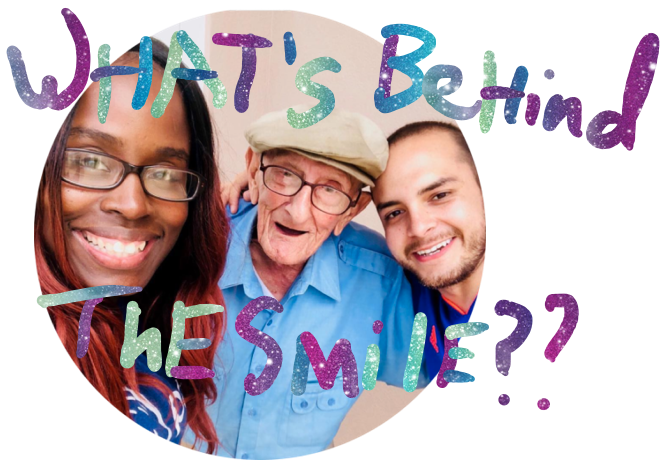 This has some disturbing implications, especially in the context of existing facial recognition technology and devices’ ability to listen and track us à la every phone and smart-home device on the market. Will Papa’s caregivers, upon request from Aetna, be instructed on the optimal curvature of their smiles and the most pleasant pitch and tone of voice? Which earlybird specials are in-network on Anthem plans? 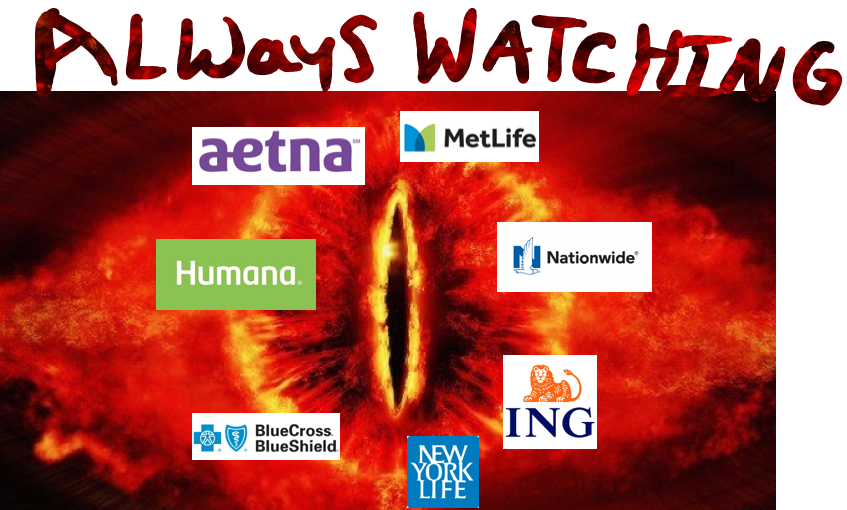 By virtue of being 1099 employees, Papa’s labor force is especially vulnerable to the whims of its employers. Since the ‘Papa Pals’ messaging is aimed at recruiting young people (18 and up) whose main requirements for participation are only a clean criminal record, a command of English, and a driver’s license, it’s reasonable to think that Papa is working with untrained clean slates when it comes to what does or does not constitute effective and kind interaction with those in their care. As such, it’s easy to see how Papa could end up

As of January this year, Papa’s available in all 50 states—the market for cheap labor with high value continues its growth unabated. It’s no secret that every app tracks our data, but few so brazenly pair tech’s two highest margin strategies—low paid 1099 labor and selling data—in such a genial manner.

Yves again. Jared is far too kind. Any market anywhere for this barmy idea will be vanishingly small.

First, this space is already well occupied by home health care agencies who are much more attractive by offering a broader menu of services, most importantly various forms of hands on care. The window when old people have stopped driving and need help with errands but are otherwise fit enough to function on their own is small. And even those individuals often want the aides who help them with shopping do light housekeeping, meal prep, and companionship. Agencies generally require a four hour minimum and the clients appreciate not just seeing a familiar face, but having them sit with them a bit for a coffee or a meal.

Second, not only is this silly Papa Health limited by conceiving of itself as a shopping service for the aged, it clearly does not envision its gig workers going into homes. No one with an operating brain cell would let people (and the Papa Health says they are male people!) would let someone who’d not been subjected at least a credit check. Not only are most older folks cautious about who they let into their houses, but in many cases, children make care arrangements for their parents, and they’d be particularly skeptical of this service.

Again, the home health care agencies do more vetting precisely because the aides will be mainly working in the client’s home.

Third, what is the evidence that there is any need for a stand-alone shopping service? One hates to mention Amazon, but they are the 800 lb gorilla in this space. Some pharmacies will deliver store goods along with drugs.

Third, an app is a negative for many old people and conversely, the ones that are tech adopters will already have access to and be familiar with competing delivery services like Instacart and Doordash.

Finally, the idea that there is any insurance or medical data angle here is deranged. Home health care agencies, which are all over their customers, are at the tail end of the medical information chain. Unless their staff are nurses, the don’t administer meds, so they either don’t ask about patient medications or do so only as an odd matter of form, since they aren’t HIPPA complaint and can’t send on any data. They should have their name of the primary care physician and emergency contact numbers, but in an health crisis, they call 911 and at most direct the EMTs to the client’s preferred hospital.

Oh, and in Alabama, transmitting any medical information via an app is illegal. The only permitted options are patient downloads from secure portals, and for doctors and labs to transmit information to third parties (like insurers or other doctors), they can use only encrypted e-mail and fax. We can’t be the only state to have restrictions like that.

Finally, I am at a loss to comprehend the reference to Aetna, which I assume Jared got from Papa Health. First, due to Papa Health not actually providing anything even dimly approaching health care services or services authorized under long-term care plans, as indicated above, there is no reason for insurers to be in contact with or paying Papa Health. They very best they might do is provide “drive to the doctor” services under Medicare Advantage plans, but only 4% offer than as part of the bundle.

In addition, the information they could collect from such limited interaction has zero value. People over 65 are mainly in Medicare, Medicaid, or VA insurance. None of those do any underwriting. Medicare already requires that providers of Medicare-covered services not bill patients and accept Medicare negotiated rates.

In other words, I’ve heard of a lot of dumb ideas, but this one looks to have been cooked up by promoters who did zero investigation of what old people need, what the incumbents serving that market do and what Papa Health would need to do to create a competitive advantage, and whether insurers might be part of their market. This looks to have been dreamed up by kids. The only thing that is more surprising is that anyone gave them a dime. But in this cray cray world of paying for vaporware, even obviously implausible propositions get funded.