Yves here. I suppose it should come as no surprise that Amazon’s version of innovation, as demonstrated by its Sidewalk service, looks a lot like Wall Street’s: customer exploitation for fun and (greater and often hidden) profit. Nevertheless, I am gobsmacked both by Amazon’s gall and the fact that customers and ultimately regulators and legislators, haven’t yet put the kibosh on Sidewalk’s bandwidth purloining.

Imagine you could connect into your neighbor’s electrical power such that doing so would enable you to power electrical devices that might not be in a convenient location for an outlet from your home. Now imagine your home abuts your neighbors’ backyard such that it’s more convenient for them to plug in their hot tub to your home than it is to their own. This would cost you more in electricity bills.

Amazon Sidewalk is a new feature that enables Amazon devices like Rings and Echos to perform a similar function, but instead with neighboring wifi networks. Sidewalk empowers these devices to connect to other Sidewalk-enabled hardware at long ranges using nearby wifi and bluetooth signals. Just as the hot tub works further away from your neighbor’s home by plugging into yours, the point of Sidewalk is to extend the distance at which the devices work by plugging into nearby wifi networks away from the ‘home’ network. 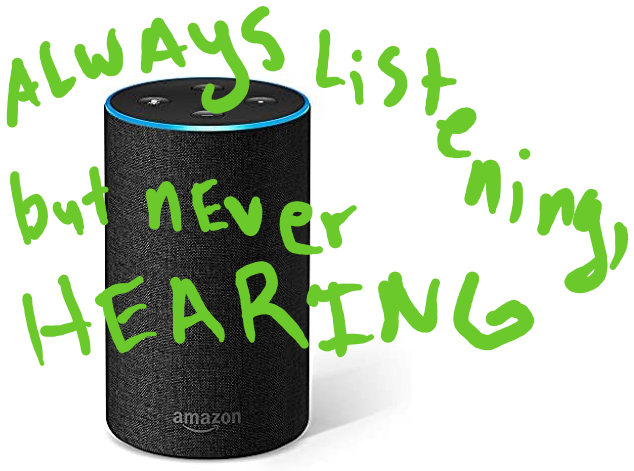 Amazon, in its unceasing quest to widen its margins at the expense of its customers, plans to enhance its devices by allowing them to piggyback off of neighboring networks. If your neighbor has 5 Echos at the periphery of their property, it’s possible Amazon’s taking five tiny slivers of your broadband bandwidth, which you pay for.

With Sidewalk, Amazon discovered a new way to pass its costs onto consumers, bypassing government entirely and disintermediating the costs of product enhancements into hardware and wifi networks. The feature opens up a brand new front on the way corporations can pass their costs onto unwitting consumers to not absorb them directly.

Read Below to Find Out How Sidewalk is Bad

It’s not new information that Amazon, and dozens of other corporations, find ways to discreetly pass their costs along to the public. For instance, Amazon pays many of their workers such low wages that thousands are forced to rely on government assistance to survive. Taxpayers subsidize these corporations’ ability to pay their employees sub-subsistence wages, widening margins. Compared to some of the more arcane methods of boosting bottom lines like offshore tax havens and transfer pricing, the method feels quaint to the point of being offensive. Pay just enough to be on the right side of the law, and let the government–and the taxpayers who fund it–pick up the rest of the tab.

With Sidewalk, Amazon’s product enhancements are subsidized by the public’s wifi bills. If Amazon can do this, so can virtually any company with wifi-enabled devices that can be made mobile–Tile, Apple, Samsung and various types of auto manufacturers, to name a few. Although the current roster of Amazon devices using Sidewalk only require a small amount of wifi to improve their range, it’s not inconceivable that those devices could also increase their capability for streaming and delivering information and therefore increase the amount of bandwidth they require to operate at a distance.

It’s doubly infuriating when taken into account many of the streaming services run through these devices are supported by advertising revenue. Someone streaming on YouTube or Spotify on an Echo that’s using nearby wifi means that not only is Amazon using that wifi to make money, so too is the streaming service. A twofer at an unwitting neighbor’s expense.

Amazon also coordinates with municipalities nationwide to share data and footage from Rings with police departments. And of course, there’s money involved: City governments, in partnership with Amazon, have been subsidizing–and in some cases promoting as well–Rings for citizens’ purchase. Amazon also supplied various police departments with coaching on which Ring talking points to incorporate into conversations with citizens in order to get access to their Ring data, some of which encourage downloading Neighbors. Neighbors, similar to its largest competitor Citizen, is an app that’s meant to alert users to emergencies, crimes, and other potentially dangerous events in their area. Imagine an app that lets you mistake fireworks for gunshots to everyone in your neighborhood, instead of just your partner. 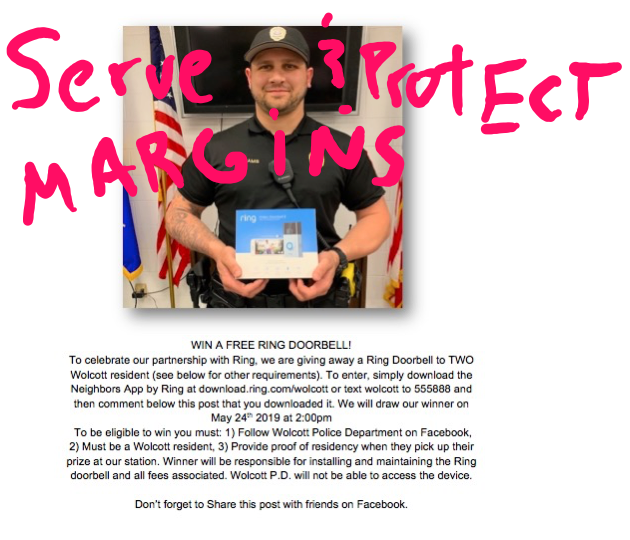 Sidewalk enables Amazon’s surveillance products to extend their reach on private citizens’ dime. Police departments are already funded by tax dollars. The extension of Ring surveillance by way of private wifi is an unspoken public subsidy wherein citizens effectively enhance their ability to spy on one another. Meanwhile, Amazon makes money each time someone has the impulse to buy a Ring and consent to sharing their info with police departments.

What’s the Next Iteration?

With this sort of functionality in place–enabled in part because Amazon’s counting on customers being either too unsavvy or too busy to disable it–there’s no reason to believe Amazon will stop here. How about wifi-enabled digital advertising drones? Similar to those billboard trucks, but like, drones with screens. Nibbling up crumbs of your wifi so you can see tailored ads just outside your door about insoles or dish soap. If connected to your calendar or your wifi enabled car, the drones would even know when it’s best to stop by. 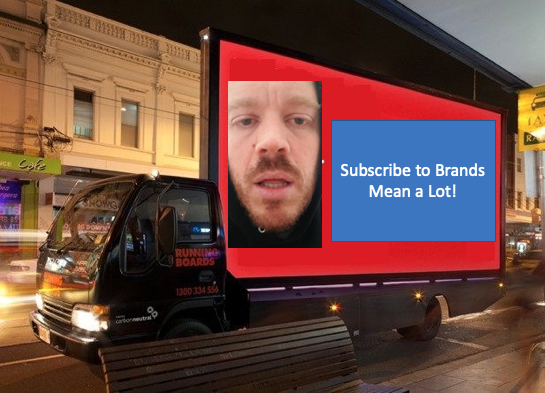 A digital advertising truck, bearing your author’s face. I approve the message.

All this so you can see if your FedEx delivery driver is handling your packages delicately.