Yves here. Robinhood is baack…but not in the way you might anticipate. After having been bloodied in the GameStop stock squeeze, and then having to ‘splain itself before Congress, Robinhood is apparently hoping enough ad spending will make this sorry history go away. Or alternatively, perhaps it already has plenty of churn among its investors, so all it need to do is accelerate the intake a bit.

It’s July and on first blush it may seem trite to be writing about Robinhood months after its self-inflicted GameStop debacle. Not so though because Robinhood’s unleashed a new campaign which misrepresents both the company and investing in general.

“There’s no reason we can’t work collectively to build some generational wealth.” – Lady in the Robinhood commercial

In Robinhood’s newest ad the company puts forth an idealized version of itself, one where Robinhood the company attempts to align with Robin Hood, hero of the disenfranchised. The ad follows a young woman during daily activities. Over scenes of her giggling with friends, walking in a nondescript city, smiling, working, and of course smiling while working, we hear voiceover compelling us to believe that “We are all investors,” as Robinhood has tagged the ad series.

What Robinhood is selling, in addition to a trading platform, is an ideology of personal responsibility no matter your surroundings. Robinhood would like us to believe that investing is a step towards living a more “abundant and fulfilled life” and key for communities to take care of themselves and pass wealth along to future generations. It tacitly implies that those who currently don’t or are unable to invest are to blame for their financial fates, rather than systemic inadequacies outside of their control. Robinhood seeks to sell the idea of individual investing through the lens of communal action, as though 20 people buying five shares of Exxon stock now will help fund a food pantry 10 years later.

How Does Robinhood Get the Money?

Robinhood makes money not from commissions on trades, but rather by sending order flow to market makers like Citadel, which pays Robinhood for the right to execute customer trades. 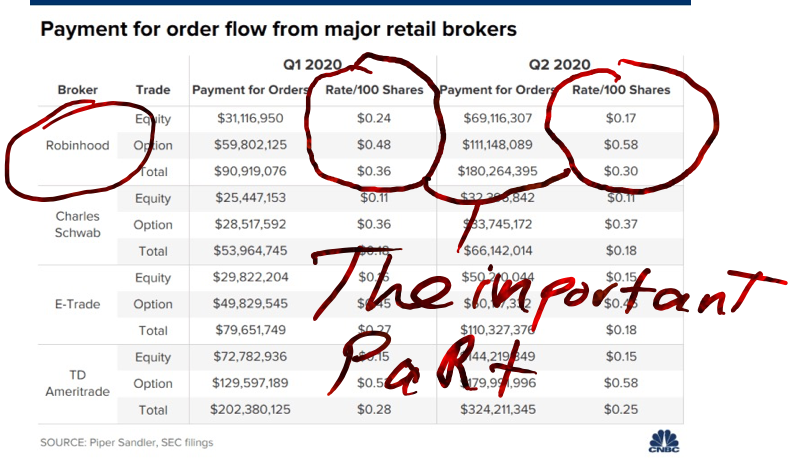 The more frequently people trade on Robinhood, the more money it makes, doubly or triply so (depending on which quarter of 2020) for options trading. If you’re reading this and don’t know what options trading is, congrats, you’re in the majority of Americans, a sliver of which not coincidentally trade options on Robinhood.

Robinhood knows that even most institutional investors fail to beat the market in the long run, which leaves the schlubs, retail investors, with even worse long term odds. To at least keep even with markets, most retail investors are better off parking their money in long-term index funds that track the S&P 500 or Russell 2000 or funds that broadly track an industry like tech or real estate (not financial advice, statement of fact). If every Robinhood user bought just a few times a year, adding to the same index or mutual funds they already owned, Robinhood would have a difficult time making money. 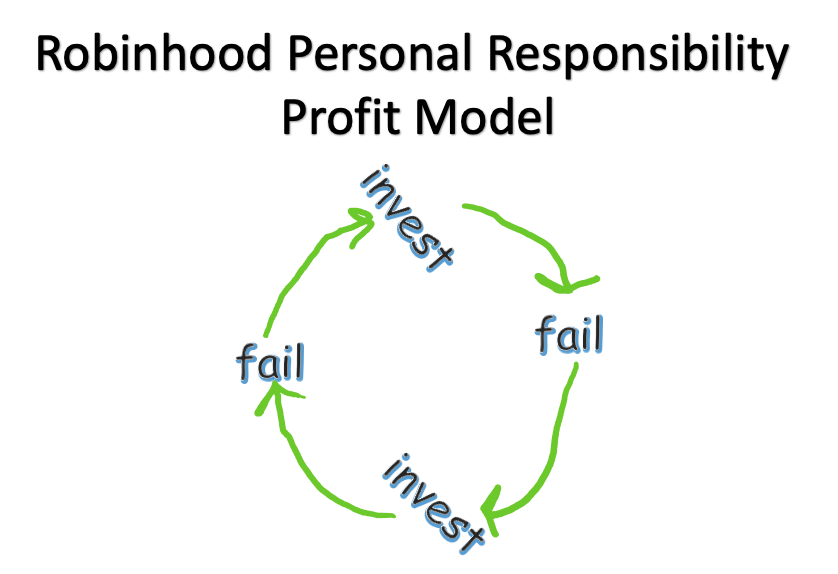 Knowing the above, Robinhood’s tagline of us all being investors becomes a self-fulfilling prophecy. We must invest to raise our quality of life and the quality of life of those around us, we’ll likely fail because we don’t know how to pick stocks or options, and in order to remedy our financial situation, we need to invest again. There are two truths here:

1. If you do fail, it is very much your fault. Not necessarily for picking the wrong stocks, but for not doing the requisite research to figure out that if you’re investing to build generational wealth out of nowhere, the odds of picking a stock which will deliver on that goal are extremely thin.

2. Robinhood continues to make money off each trade in the cycle. Customers’ self-reliance on their own trading instincts aligns with Robinhood’s profit motive.

With the likelihood of building generational wealth through Robinhood investing addressed, let’s move on to examining how investing in stocks is somehow “working collectively”. This doesn’t require much examination because it’s almost functionally impossible. ‘Collective’ implies the pooling together of resources, but trading tech and the regulations established around it make this difficult in practice without a high degree of coordination outside of the app.

Further, it’s hard to imagine a group of unrelated people across an entire community investing in stocks, agreeing on hold periods, then investing those profits (if there are any) in the same causes. It’s either this, or Robinhood is implying that if each individual takes personal responsibility for their financial situation, then the entire community’s situation will improve. It’s trickledown economics on a micro level, which doesn’t work on any level. 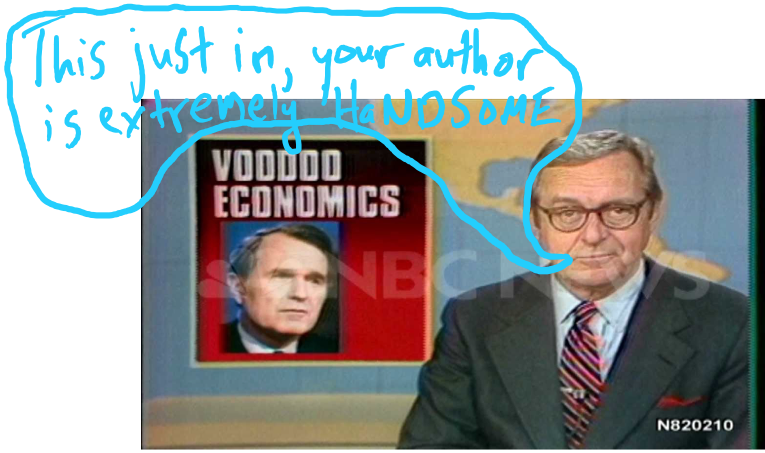 There’s Already a Way To Do This

Collective efforts to better communities already exist and many are funded through private donations. There are three ways to amplify the good of those efforts: more money, more participation, and reducing the need for them in the first place. Robinhood, and retail investing writ large addresses none of these. Not to mention that some studies indicate investing leads investors towards reliance on personal, rather than governmental or societal responsibility.

The historicity of Robin Hood has for centuries remained unproven. The story itself has stayed the same: The hero’s goal, alongside his band of outlaws, The Merry Men, was to uplift the disenfranchised. The improvement of many took the banding together of many. Had each citizen of Nottinghamshire faced the Sheriff of Nottingham alone, each would have lost.