The Well Fixer’s Warning The Atlantic

The Coronavirus Is Here Forever. This Is How We Live With It. The Atlantic

COVID Morgue Trucks Are Back Vice

Association of Age and Pediatric Household Transmission of SARS-CoV-2 Infection JAMA Pediatrics. From the Discussion: “In this study of 6280 pediatric index cases, we observed that children aged 0 to 3 years had greater odds of transmitting SARS-CoV-2 to household contacts compared with children aged 14 to 17 years. This association was observed irrespective of factors such as presence of symptoms, school/childcare reopening, or association with a school/childcare outbreak. … We found that asymptomatic status and testing delays had strong gradient effects on infectivity, similar to our previous study of household transmission.25 However, even after adjusting for the lower odds of asymptomatic transmission and testing delays in our study, children aged 0 to 3 years and 4 to 8 years remained associated with higher odds of transmitting SARS-CoV-2 to household contacts than children aged 14 to 17 years. A possible explanation for this finding is that younger children are not able to self-isolate from their caregivers when they are sick, irrespective of the timing of testing.”

Relative Humidity Predicts Day-to-Day Variations in COVID-19 Cases in the City of Buenos Aires Environmental Science and Technology. From the Abstract: “We found that humidity plays a prominent role in modulating the variation of COVID-19 positive cases through a negative-slope linear relationship, with an optimal lag of 9 days between the meteorological observation and the positive case report. This relationship is specific to winter months, when relative humidity predicts up to half of the variance in positive case count. Our results provide a tool to anticipate possible local surges in COVID-19 cases after events of low humidity. More generally, they add to accumulating evidence pointing to dry air as a facilitator of COVID-19 transmission.”

Excess deaths reveal the true spatial, temporal and demographic impact of COVID-19 on mortality in Ecuador International Journal of Epidemiology. Conclusions: “Overall, the exceptionally high level of excess deaths in Ecuador highlights the enormous burden and heterogeneous impact of COVID-19 on mortality, especially in older age groups and Indigenous populations in Ecuador, which was not fully revealed by COVID-19 death counts. Together with the limited testing in Ecuador, our results suggest that the majority of the excess deaths were likely to be undocumented COVID-19 deaths.”

The Newest Disease Detection Tool for Covid and Beyond: Poop KHN. It’s not new, and KHN should know that. NC has been linking approvingly to SARS-CoV-2 detection in wastewater since at least May of 2020. If we had a functional public health establishment — or a functioning government — there would be a national program today; pilots at the very least. Something more than another CDC database. I mean, is this a pandemic, or what?

China’s Xi calls for wealth redistribution and clampdown on high incomes FT. What’s gotten into Xi? Is he some sort of Communist?

The Leadership of Xi Jinping: A Dengist Perspective Journal of Contemporary China

The Tatmadaw Mekong Review. Looks like the techniques of ’30s Japanese fascists work pretty well at the regional level.

That makes *three* Dem-led Senate committees vowing oversight of how the Biden team bungled the withdrawal.

DJ Voice: “Sending this one out to Joe in DC….”

Afghanistan Has a New Government: The country wonders what the new normal will look like Afghanistan Analysts Network.

“[I]t is becoming increasingly clear that the mass dissolution of the Afghan security forces and the surrender of provincial and military leadership was not just down to low morale, the lack of a clear strategy and or the absence of leadership, but the result of a sustained outreach campaign by the Taleban. In some cases, deals will have been made beforehand, both locally (as was, for instance, the case in Daikundi) but probably also at a very high level.”

Well, if the Afghanistan warlords have turned themselves into statesmen that is, in its own way, encouraging.

Biden is right to resist the Afghanistan backlash The Week

A workplace crash course that a lot of people have had to go through in the last thirteen years – the harsh reminder that HR work for management and are not there to help you, usually followed by a stark demonstration of who Security work for and who they’re there to protect. pic.twitter.com/ezJaUEtoES

No doubt about the desert SW being dry and difficult to farm. This article examines the “crops” that can be grown without water, fertilizers or pesticides and with little human intervention in the SW USA. I thought of Amfortas when I read it because mesquite grows where he lives and I’m pretty sure agave would do OK there. The main area for introducing the two crops would be where the Colorado River water cut backs in AZ are taking place next year and eastward into southern NM and West Texas. It appears that agave and mesquite form a synergistic relationship when inter-cropped and the result is an amazingly healthy animal feed that horses, cows, goats and sheeps and others just can’t get enough of. And it only costs $0.02 per kilo (2.2 lbs) to grow and minimally process.

How Much is Experience Worth? Twenty Years of US Experiments in the Middle East Valdai Discussion Club

[T]he global wealth and influence of the United States was so great that it could simply afford a 20-year campaign with no practical value. With the withdrawal of troops from Afghanistan, the American government has reached the conclusion that this state of affairs has come to an end. The painful experience gained in the Middle East is gradually being absorbed by the American elites, who have proved to be much more careful in the crisis in Syria than before in Libya. And in Libya they are now much more cautious than before in Iraq.

“Experience keeps a dear school, but fools will learn in no other.” –Benjamin Franklin

Make no mistake, the US military will continue to thrive after Afghanistan Responsible Statecraft (Re Silc). If “thrive” is the word we want.

United in Rage Tarance Ray, The Baffler. Ray is one of the Trillbillies.

Class conflict is back at the core of economics FT

When Your Boss Wants an AI Camera in Your Bedroom Cory Doctorow, OneZero 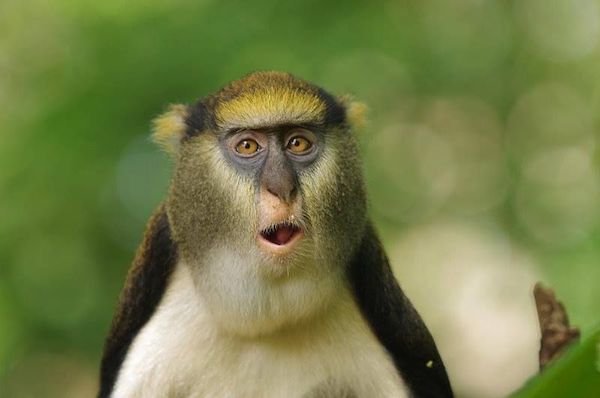