The Longest Story by Richard Girling review: Makes you wonder why animals put up with us Evening Standard (AE90)

Tokyo Olympics: German pentathlon coach thrown out for punching horse BBC :-(. Horses get the yips too.

Offers flooding in after woodland hermit’s cabin burns down Fox

We eat microplastics daily, but their effect on our health was a mystery — until now Ledger-Enquirer (David L)

Myocarditis and Pericarditis After Vaccination for COVID-19 JAMA. Still rare but ~5x higher than what was reported in VAERS

New online study in @TheLancet by Katsoularis et al shows that in Sweden, in 4 weeks after exposure to COVID, there was a 3-6 times higher rate of MI and stroke. In addition to the respiratory risks, this provides even more motivation to #GetVaccinated @WorldStrokeOrg

EXCLUSIVE: Scaled back? Not so much! Obama’s 60th birthday bash looks anything but intimate as massive tents dwarf the mansion and John Legend, Chrissy Teigen, Dwyane Wade and Gabrielle Union arrive on Martha’s Vineyard ahead of the celebration Daily Mail. Here because superspeader event in the making

Don’t want a Covid vaccine? Be prepared to pay more for insurance Quartz

Where the C.D.C. Recommends Wearing Masks Indoors, State by State New York Times (Kevin W). No one in Alabama is listening. Even the pharmacist at CVS had his mask fully below his chin. But toilet paper, paper towels and cleaning supplies are scarce again.

15 states are keeping COVID-19 breakthrough cases under wraps The Hill (resilc). Funny how The Hill fails to mention that in early May, the CDC said it would not be tracking breakthough cases. And accordingly, we have heard of local health departments telling doctors to STFU when they try to report breakthrough cases. So why should believe any of data when CDC refused to tally it and many if not most local health departments appear to have followed their guidance?

Even Snoop Can’t Save the Olympics Wired (resilc)

US President Joe Biden offers ‘safe haven’ to Hongkongers escaping Beijing crackdown in US ABC Australia (Kevin W). Another US poke in the eye.

America Helped Hundreds of Thousands of Vietnamese After the Fall of Saigon. It Won’t Be the Same for Afghanistan. Slate

PSA: Apple can’t run CSAM checks on devices with iCloud Photos turned off iMore. This is supposed to make us feel better.

Is Biden Screwing This Up? Rolling Stone (resilc)

Lawyer: Capitol Cop Who Shot Ashli Babbitt ‘Ambushed’ Her on Jan. 6 Without Warning Real Clear Investigations. Kevin W: “The lawyer for that cop has some ‘interesting’ claims why all those commands he said he gave were not picked up by those recordings.”

Antidote du jour. Maine Coon cat-looking Bliss seated on a staircase with art elicited pix of other cats seeking photo ops from steps. From Jason A:

My wife was trying to take a pic of our newly installed spiral staircase. Our almost 1 year old kitty Demi noticed and decided she would grace the photo shoot with her presence. Yes, she’s absolutely posing for the shot. 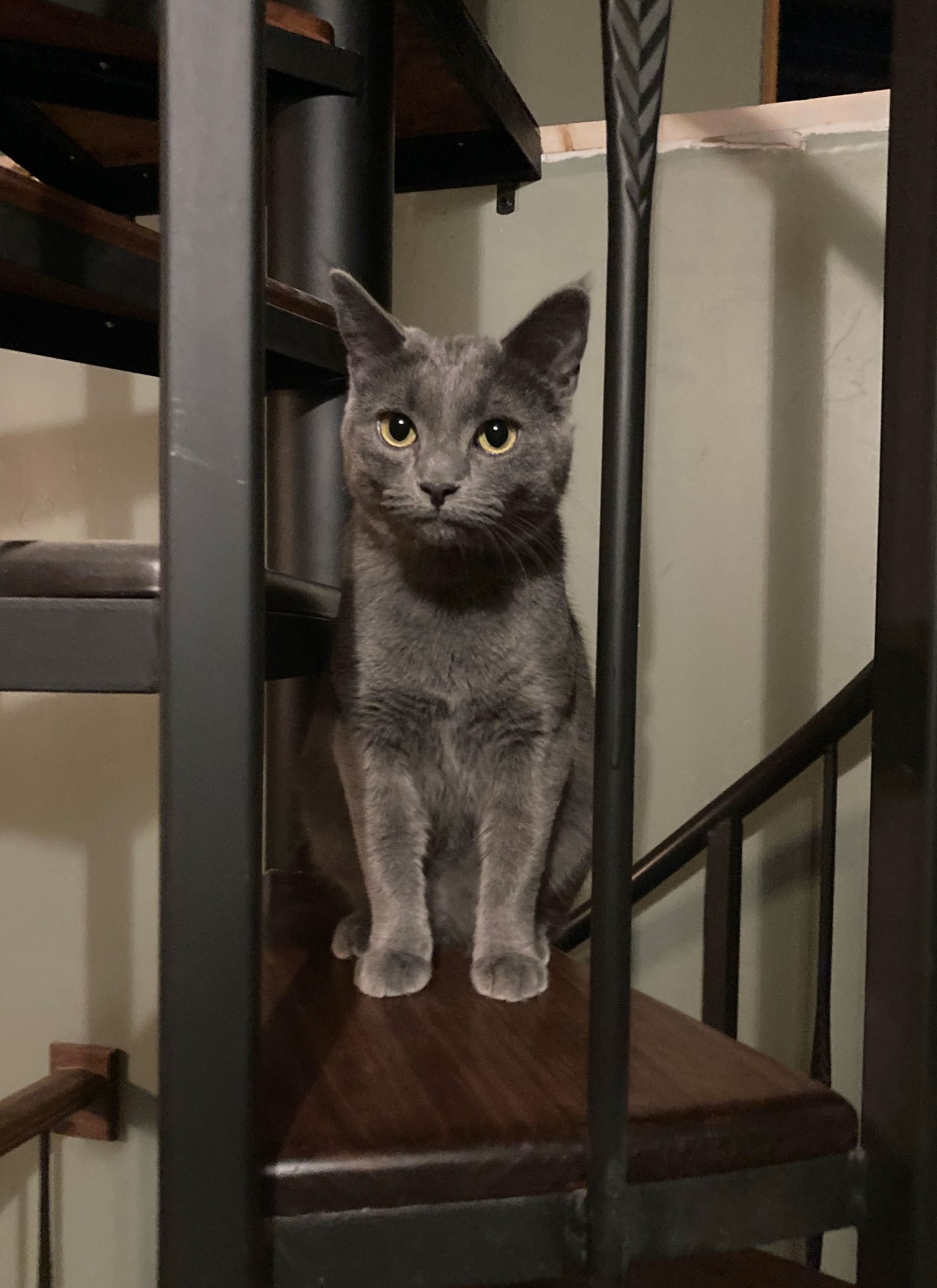