Yves here. I am sure readers can add to the list of infrastructure projects that wind up being a poor use of resources. One is sports stadiums, which are basically payoffs to real estate developers and construction firms. Studies have found that almost without exception, they fail to bring in enough in incremental tax revenues to justify their cost.

One obvious form of grifting is toll roads. A 2014 article on privatizations, describing the economics of new toll road projects, explains how they always go bust. I have seen no evidence that the structure or terms of these deals have changed to favor users and taxpayers. From Thinking Highways:

Beginning with the contracting stage, the evidence suggests toll operating public private partnerships are transportation shell companies for international financiers and contractors who blueprint future bankruptcies. Because Uncle Sam generally guarantees the bonds – by far the largest chunk of “private” money – if and when the private toll road or tunnel partner goes bankrupt, taxpayers are forced to pay off the bonds while absorbing all loans the state and federal governments gave the private shell company and any accumulated depreciation. Yet the shell company’s parent firms get to keep years of actual toll income, on top of millions in design-build cost overruns….

Of course, no executive comes forward and says, “We’re planning to go bankrupt,” but an analysis of the data is shocking. There do not appear to be any American private toll firms still in operation under the same management 15 years after construction closed. The original toll firms seem consistently to have gone bankrupt or “zeroed their assets” and walked away, leaving taxpayers a highway now needing repair and having to pay off the bonds and absorb the loans and the depreciation.

We cannot find any American private toll companies, furthermore, meeting their pre-construction traffic projections. Even those shell companies not in bankruptcy court usually produce half the income they projected to bondholders and federal and state officials prior to construction.

And don’t get me started on high speed rail. What about “existing conditions” don’t you understand?

If you are going to propose a city pair, start by telling me where the terminus in each city is, where that is relative to the airport and any airport link to the city, and how much in the way of office building, retail and residential structures you have to buy up and tear down. High speed rail might have worked early in the post World War II suburbanization process. Real estate would have been developed in relationship to rail transit. There’s no way to do it well or effectively now.

Over the past two centuries, federal, state and municipal governments across the U.S. have launched wave after wave of infrastructure projects.

They built canals to move freight in the 1830s and 1840s. Governments subsidized railroads in the mid- and late 19th century. They created local sewage and water systems in the late 19th and early 20th centuries, and then dams and irrigation systems through much of the 20th century. During World War II, massive amounts of public money were spent building and expanding ports, factories, airfields and shipyards. And after the war, highway construction – long a state and local project – became a federal endeavor.

Many of these projects did not end well. The problem wasn’t that the country didn’t need infrastructure – it did. And the troubles weren’t the result of technical failures: By and large, Americans successfully built what they intended, and much of what they built still stands.

The real problems arose before anyone lifted a shovel of earth or raised a hammer. These problems stem from how hard it is to think ahead, and they are easy to ignore in the face of excitement about new spending, new construction and increased employment.

The questions about which massive structures to build, and where, are actually very hard to answer. Infrastructure is always about the future: It takes years to construct, and lasts for years beyond that.

The money invested in roads, railroads, airports and dams cannot be repurposed, and what is built requires large future expenditures for upkeep. If the infrastructure isn’t needed, then we throw good money after bad. 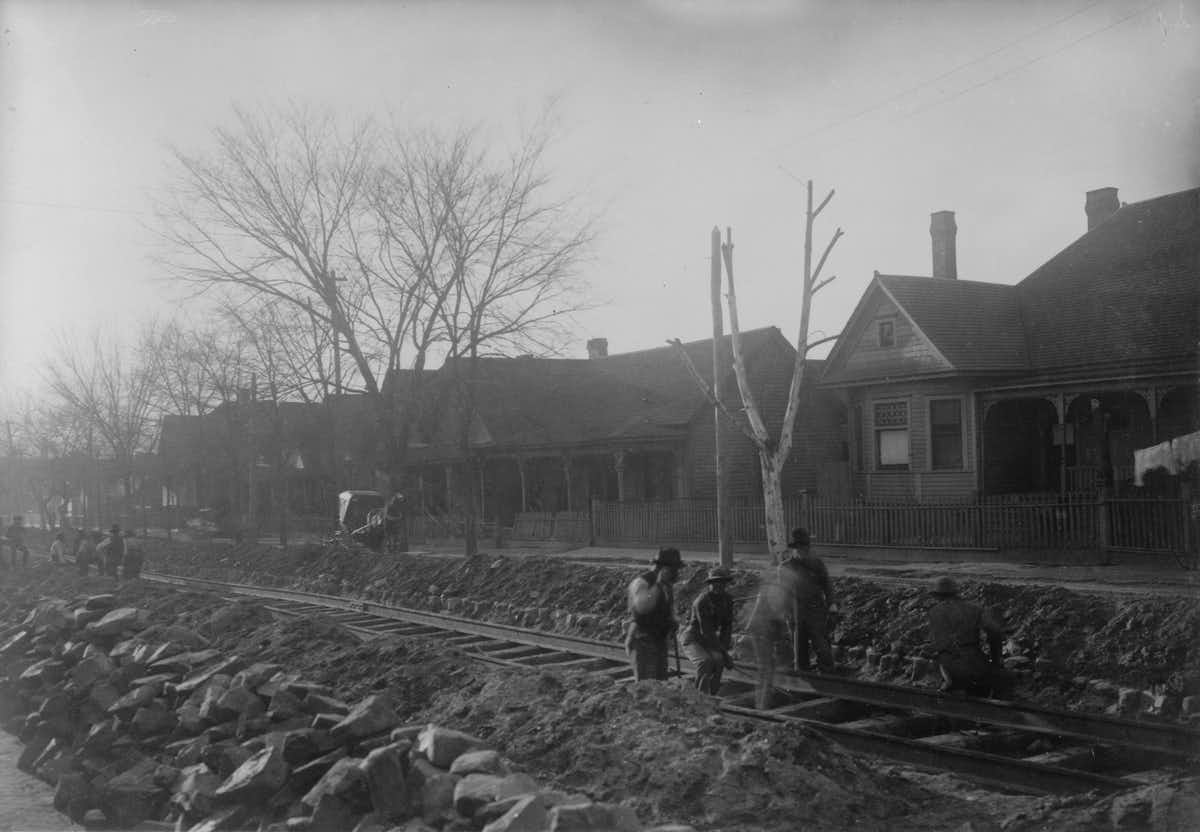 Obsolescence isn’t the worst of the potential problems that can come from infrastructure spending. Railroads dominated the 19th century, but the U.S. built too many of them, particularly into the lightly populated West. I spent a whole book discussing the many ways in which that work, lauded now as a great success of government funding for private infrastructure, was in fact a costly and wasteful failure. The costs began with the bankruptcies and repeated regional and national economic crisesthat 19th-century Americans referred to as “railroad depressions.”

Infrastructure is intended to promote development, and it will. But that can be a problem. There is such a thing as dumb growth, like the development that swamped 19th-century markets with wheat, timber and minerals that they could not absorb. The result was numerous business failures and the abandonment of whole geographic areas when the economy went bust, as during the Dust Bowl.

The economic damage the overbuilding of railroads yielded paled before the environmental damage wrought by the mining, clear-cutting and large-scale agriculture they encouraged. And this points to another problem.

People tend to disregard the long-term costs of the plans they make, particularly if they reap the benefits and others pay the costs.

In the early 20th century, municipal water and sewage projects were great successes. They probably had more to do with reducing disease than medical advances did. They made modern cities livable.

But they inflicted costs on others. Los Angeles became Los Angeles by draining water away from the Owens Valley, draining a lake and reducing farmland to desert. San Francisco became San Francisco by flooding the Hetch Hetchy Valley, which naturalist John Muir once called “a wonderfully exact counterpart of the great Yosemite.” The results may have been worth the price, but it is useful to recognize that there was a price – one that continues to be paid.

When launched, new infrastructure seems to be a list of benefits. In the mid-20th century, enthusiasts for hydroelectricity and irrigation saw all sorts of advantages as the government dammed Western rivers and irrigated Western lands. But many of these lands needed unreasonable amounts of irrigation to yield the desired crops. Dams utterly changed the nature of rivers and hurt the iconic species of the Pacific West, particularly salmon. It might have been helpful for builders to have had a little less faith that future technologies would correct the problems they foresaw.

Perhaps the greatest federal infrastructure system of the late 20th century is the interstate highway system. It changed the spatial arrangement of the nation and how Americans moved. It capitalized on the American car culture, until the interstates became crowded around cities they maimed and people confronted climate change, to which the cars on those interstates contribute so significantly.

In promoting infrastructure, politicians will tout jobs, economic growth and a whole array of conveniences and benefits. Citizens should be more sophisticated.

They should ask who – particularly which corporations and developers – are going to benefit from these projects. They should look beyond the price tag to the social and environmental costs. Building canals for a railroad age proved a great mistake. But climate change makes building an infrastructure for a carbon economy a far more dangerous endeavor.