Two Decades of Data Show That Earth Is ‘Dimming’ as The Planet Warms Up Science Alert (AL).

Gradually, Then Suddenly Barry Ritholtz, The Big Picture. I think Ritholtz is confusing incremental change with a teleology of progress.

Why Do Species Get a Thin Slice of π? Revisiting Lewontin’s Paradox of Variation Vince Buffalo. Dense, but fascinating.

Across America, students are back in school. It’s working — but it’s weird. WaPo. “Since school started, hundreds of thousands of students and school employees nationwide have been forced to enter one- or two-week periods of quarantine after coming into contact with children or staffers who tested positive for the virus.” Administration happy dance:

I'm old enough to remember when the "crisis" for 2022 was going to be @POTUS' failure to open schools.

"96[%] of public schools have reopened for in-person instruction. And the first week in October saw the smallest number of school closures…."https://t.co/3Dv2laNFbB

Transmission of SARS-CoV-2 After COVID-19 Screening and Mitigation Measures for Primary School Children Attending School in Liège, Belgium JAMA. Conclusions and Relevance: “Despite the implementation of several mitigation measures, the incidence of COVID-19 among children attending primary school in this study was comparable to that observed among teachers and parents. Transmission tree reconstruction suggests that most transmission events originated from within the school. Additional measures should be considered to reduce the transmission of SARS-CoV-2 at school, including intensified testing.” Are we then exceptional?

Miasmas, mental models and preventive public health: some philosophical reflections on science in the COVID-19 pandemic Trisha Greenhalgh, The Royal Society. From a full, open-access issue on Covid-19.

In search for covid origins, Hubei caves and wildlife farms draw new scrutiny WaPo. The fact of the story itself is interesting.

Myanmar coup: ex-president Win Myint testifies he refused to resign, would ‘rather die’ Associated Press. “[T]wo senior army officers entered his room and solicited his resignation as president on the grounds of ill health.” Yeah, like he’d get whacked if he didn’t. Sopranos-level crudity.

No easy exit for investors from post-military takeover Myanmar Nikkei Asia. Not even diplomacy:

So we've hit a point where rah-rah US statements about standing with Myanmar's people don't count for much.

As Myanmar's revolutionary govt recently put it: "The international community obviously cannot be relied upon to intercede on behalf of the democracy movement." (7/8)

Since the United States has form, we know it would butcher the job if it intervened in Myanmar, so this may be a blessing in disguise.

Luria’s plea to give Biden full authority to attack China is folly Responsible Statecraft. Luria is, of course, a Democrat.

From Russian revolutionary to CIA agent in one generation Yasha Levine, Immigrants as a Weapon

We got a rare peek at Boston Dynamics’ office in Massachusetts, where the team showed off 2 of the robots they are working to commercialize: Spot and Stretch. 👀 https://t.co/nWZebaTC9l pic.twitter.com/1XQs0VBtgH

A University or a Billionaires’ Toy Academe Blog

“Every Payment I Have Made Has Done Absolutely Nothing” The Flashpoint. Student loans.

On Eve of Contract Negotiations, Harvard Custodians Rally Against Their Own Union Leadership Harvard Crimson

It’s almost as if there’s such a thing as class warfare:

Tens of thousands of workers across the US are fighting for higher wages and better conditions.

This is a massive uprising of labor. Why won’t the media cover it?

Community fridges are not a pandemic fad. They’ve become entrenched in neighborhoods as a way to fight hunger. The Counter

The power of Dionysus—Effects of red wine on consciousness in a naturalistic setting PLOS One. n=102. ” Red wine increased pleasure and arousal, decreased the awareness of time, slowed the subjective passage of time, increased the attentional focus on the present moment, decreased body awareness, slowed thought speed, turned imagination more vivid, and made the environment become more fascinating. Red wine increased insightfulness and originality of thoughts, increased sensations of oneness with the environment, spiritual feelings, all-encompassing love, and profound peace. All changes in consciousness occurred regardless of volunteers drinking alone, in dyad or in group. Men and women did not report different changes in consciousness. Older age correlated with greater increases in pleasure. Younger age correlated with greater increases in fascination with the environment of the wine bar. Drinking wine in a contemporaneous Western environment designed to enhance the pleasurableness of the wine drinking experience may trigger changes in consciousness commonly associated with mystical-type states.” 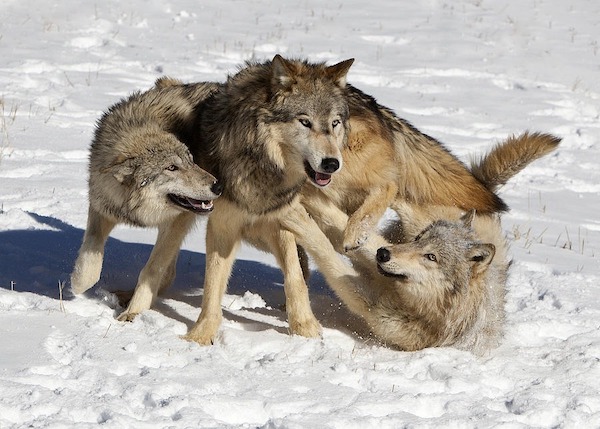