This is Naked Capitalism fundraising week. 603 donors have already invested in our efforts to combat corruption and predatory conduct, particularly in the financial realm. Please join us and participate via our donation page, which shows how to give via check, credit card, debit card, or PayPal. Read about why we’re doing this fundraiser, what we’ve accomplished in the last year, and our current goal, supporting expanded news coverage.

Peruvian family dog turns out to be Andean fox BBC

A draft of the crucial #COP26 "cover decision" has landed – and it's not one but THREE documents, covering 14 pages & 159 paragraphs

The fate of our planet depends on the next few days of complex diplomacy in Glasgow. Here’s what needs to go right The Conversation. Not to be cynical, but “our planet” reminds me of “our democracy.” Let’s not gloss over material conflicts about ownership with gauzy appeals to the unity of humanity, which elites don’t believe in anyhow.

Climate is the ‘biggest single opportunity’ the insurance industry has ever seen, CEO says CNBC

Association of Self-reported COVID-19 Infection and SARS-CoV-2 Serology Test Results With Persistent Physical Symptoms Among French Adults During the COVID-19 Pandemic JAMA. n = 35,852. From the Abstract: “Findings suggest that persistent physical symptoms after COVID-19 infection should not be automatically ascribed to SARS-CoV-2; a complete medical evaluation may be needed to prevent erroneously attributing symptoms to the virus.” The testing was serological, so “erroneously” is doing a lot of work, there. In a country with universal health care, this might not matter so much….

Getting Back to Normal Is Only Possible Until You Test Positive The Atlantic (nvl). Well worth a read.

After a Year With Vaccines, Do We Always Need Masks? Bloomberg. It’s extremely important to discredit and stigmatize all non-pharmaceutical interventions, so that when the next respiratory virus-driven pandemic strikes, we fail to learn the same lessons all over again.

De novo emergence of a remdesivir resistance mutation during treatment of persistent SARS-CoV-2 infection in an immunocompromised patient: A case report (preprint) medRxiv (GM). n = 1. From the Abstract: “SARS-CoV-2 remdesivir resistance mutations have been generated in vitro but have not been reported in patients receiving treatment with the antiviral agent. We present a case of an immunocompromised patient with acquired B-cell deficiency who developed an indolent, protracted course of SARS-CoV-2 infection. Remdesivir therapy alleviated symptoms and produced a transient virologic response, but her course was complicated by recrudescence of high-grade viral shedding. Whole genome sequencing identified a mutation, E802D, in the nsp12 RNA-dependent RNA polymerase which was not present in pre-treatment specimens.” GM comments: “Never underestimate the power of evolution.”

Moderna took NIH money and help for its covid vaccine. Now it wants to leave government scientists off a lucrative patent. WaPo

Lying Flat and the measure of all costs FT Alphaville

How Long Can China Chase Covid Zero? Here’s What the Experts Say Bloomberg

Medical Wastewater Treatment In COVID Times China Water Risk. Important. This is from 2020. Do any readers have more current data or anecdotes?

U.S. Policy Toward Myanmar’s Military Junta War on the Rocks. Check with the locals (1):

“There is nothing discuss in blood debt.”

A woman, believed to be an army informant, has been shot and killed in Kamayut township, #Yangon

So far, some 700 informants are believed to have been assassinated since the coup in #Myanmar

Seoul to offer metaverse-based administrative services by 2026 Aju Business Daily. I don’t see the point. If I want never to reach a human, we already have customer support service via telephone for that.

Iran wants U.S. assurances it will never abandon nuclear deal if revived Reuters. Maybe Biden could emulate Game of Thrones, and put Hunter up as a hostage.

Euronext to ditch London Stock Exchange for clearing by 2024 Reuters

Poland’s Prime Minister Says Lukashenko Is ‘Threatening The EU’s Stability’, ‘Which Is Clearly My Job’ pic.twitter.com/EE25dr5vuO

These Parents Built a School App. Then the City Called the Cops Wired. Stockholm. More from Sweden:

Sweden has been influencing the pandemic strategies of other countries by advising them and acting as a role model. I’ve gathered examples of Sweden’s influence in this thread, which is an updated and organised version of my previous thread. 🧵⬇️

Nicaragua’s Elections Are a Referendum on Social Investment Policies NACLA

The Pandora Papers Are Back in the Spotlight in Ecuador CEPR

Shipping is broken. Here’s how to fix it. Vox. A lot of bright ideas, but the only numbers I’m seeing here are for ships at anchor. Surely some clever labor economist could come up with throughput projections were wages and working conditions for truckers and warehouse workers to be improved? A topic that most of the sources quoted seem to dance around….

The 1619 Project and the Long Battle Over U.S. History Jake Silverstein, NYT. Manages to frame the critique as coming from the cranky right, while erasing the comprehensive review of Hannah-Jones’s “scholarship” at the World Socialist Web Site (no doubt the only site that would cover the 1619 Project comprehensively, given the level of censorship). To be fair, the Times has a number of profitable 1619 spin-offs coming, and so a marketing piece like this is appropriate. These days.

I’m Helping to Start a New College Because Higher Ed Is Broken Niall Ferguson, Bloomberg. Ferguson on the administrative structure of “The University [sic] of Austin”:

To those who wonder how a new institution can avoid being captured by the illiberal-liberal establishment that now dominates higher education, I would answer that the governance structure of the institution will be designed to prevent that. The Chicago principles of freedom of expression will be enshrined in the founding charter. The founders will form a corporation or board of trustees that will be sovereign. Not only will the corporation appoint the president of the college; it will also have a final say over all appointments or promotions. There will be one unusual obligation on faculty members, besides the standard ones to teach and carry out research: to conduct the admissions process by means of an examination that they will set and grade. Admission will be based primarily on performance on the exam. That will avoid the corrupt rackets run by so many elite admissions offices today.

Washington scientist admits to fabricating steel-strength results for US Navy subs for over 30 years: Took ‘shortcuts’ because she thought safety test criteria was ‘stupid’ Daily Mail

China’s path to common prosperity puts pressure on private enterprise South China Morning Post. The rich are donating to charity. But given that China is a Communist country, perhaps they could — hear me out — give consideration to the idea of giving the working class control of the means of production?

Striking Truckers in Asia Threaten to Add to Supply Chain Snarls Bloomberg. It’s almost as if the working class is… international.

Video: Howard Schultz Compares Selflessness of Starbucks to That of Holocaust Prisoners Vice (Re Silc). 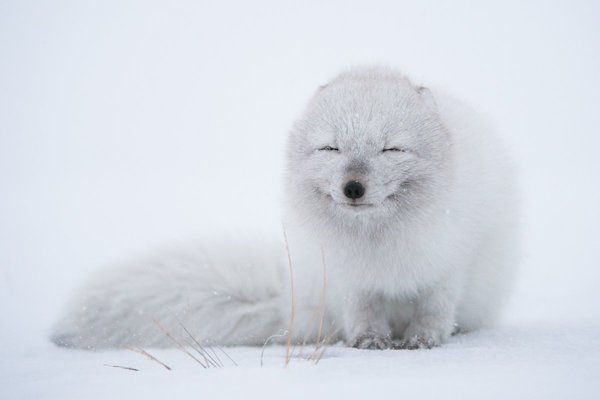