Patient readers, I will be taking a holiday breather, and running an abbreviated Water Cooler though January 3, 2022 (may it be a better year). Please consider this an open thread, and talk amongst yourselves. –lambert 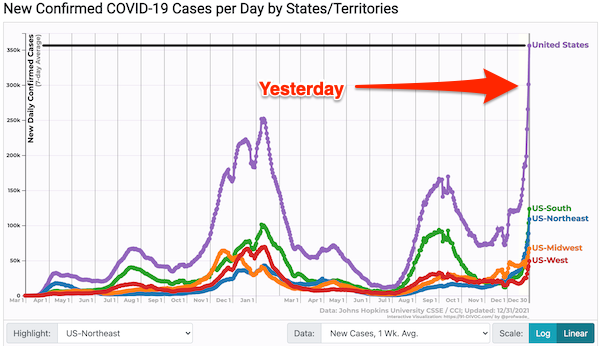 Oy. If anything, each day’s jump is higher. (Worth noting the case count is probably an undercount. All home tests don’t get counted, and not everybody can go get a test.) The case count went vertical about two weeks ago, so it will be interesting to see what’s been happening with the other charts I’ve been running, this coming Monday. 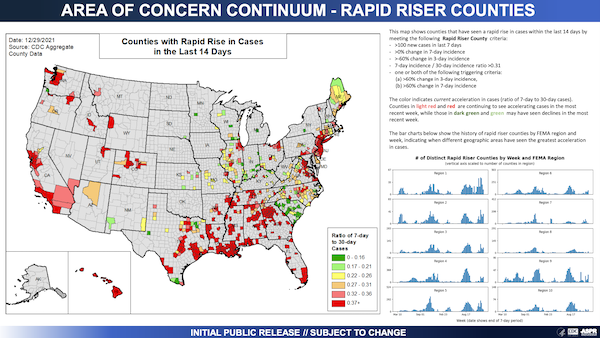 Oy. California and Texas, suddenly not looking good at all. (I’m not adding the blue dots so as not to conceal the spread of red, but those Blue Cities aren’t looking any better either.) 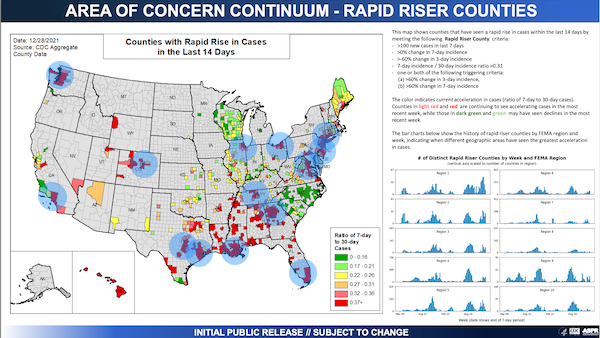 Here, thanks to the sharp eyes of alert reader ChrisFromGeorgia, I have helpfully dotted the major cities that are also rapid riser counties — in blue (plus Denver and Nashville). Looks like those Blue Cities have some sort of Enemy Within thing going on…. (Chicago isn’t red, but pink, so no dot.)

that’s a wrap on another totally normal year

A poem for the day:

All my undone actions wander
naked across the calendar,

a band of skinny hunter-gatherers,
blown snow scattered here and there,

stumbling toward a future
folded in the New Year I secure

with a pushpin: January’s picture
a painting from the 17th century,

a still life: Skull and mirror,
spilled coin purse and a flower.

Through the miracle of Google, I was actually able to find a painting, barely into the 17th century (1603), that meets Hoffman’s criteria. Vanitas Still Life: 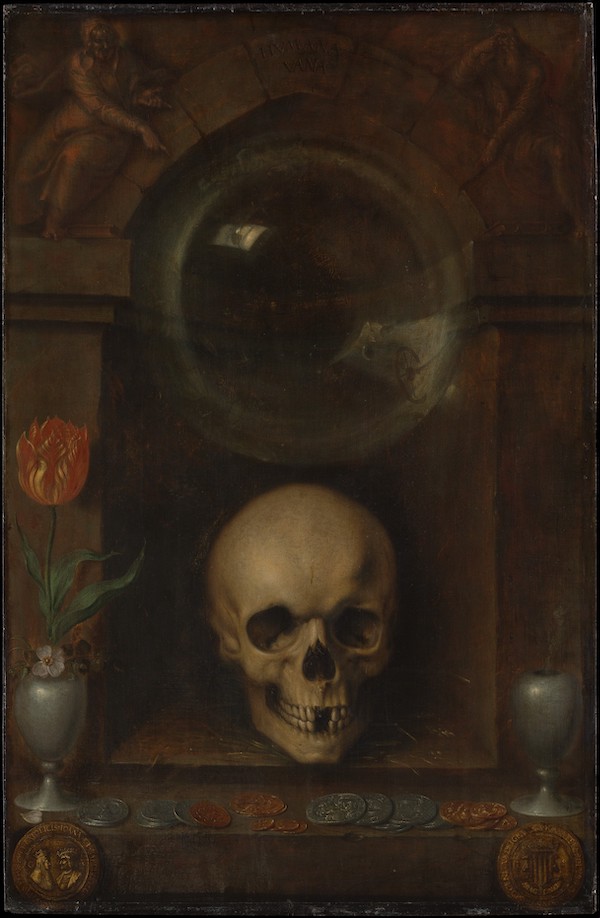 On view at The Met Fifth Avenue in Gallery 964

De Gheyn was a wealthy amateur who is best known as a brilliant draftsman, but he also painted and engraved. This panel is generally considered to be the earliest known independent still-life painting of a vanitas subject, or symbolic depiction of human vanity. The skull, large bubble, cut flowers, and smoking urn refer to the brevity of life, while images floating in the bubble—such as a wheel of torture and a leper’s rattle—refer to human folly. The figures flanking the arch above are Democritus and Heraclitus, the laughing and weeping philosophers of ancient Greece.

I am also free to post this painting here, through the miracle of the Metropolitan Museum, the miracle of its curation, and the miracle of online postings from its collection. The Internet makes all of use awfully cranky at times, but then we see things we would never have seen or known of, too.

May the coming year bring, if not happiness, contentment, dear readers. Let us remember the flower as well as the skull, and let us hope we like what we see in the mirror.

Contact information for plants: Readers, feel free to contact me at lambert [UNDERSCORE] strether [DOT] corrente [AT] yahoo [DOT] com, to (a) find out how to send me a check if you are allergic to PayPal and (b) to find out how to send me images of plants. Vegetables are fine! Fungi and coral are deemed to be honorary plants! If you want your handle to appear as a credit, please place it at the start of your mail in parentheses: (thus). Otherwise, I will anonymize by using your initials. See the previous Water Cooler (with plant) here. Today’s plant (J B): 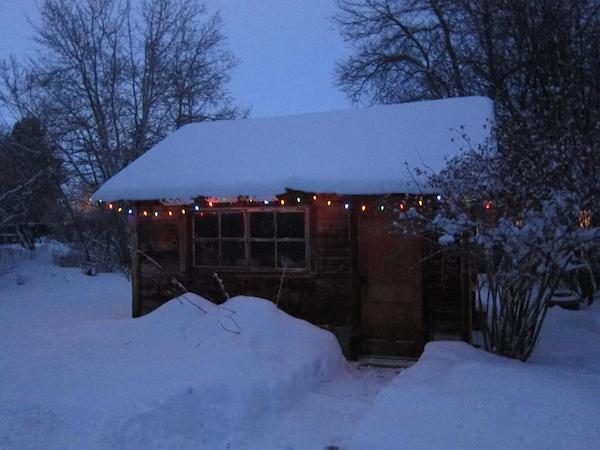 Frank Craighead of infamous Craighead brothers grizzly bear biologists wrote a delightful (regional) book about the seasons, that is nature’s calendar of events in a given year. It is said that when the wild rose is in maximum bloom, the snowmelt and river runoff have peaked and are on the wane. Kayakers sad, fishermen happy. At least, back in the day when we held our snowpack…

For Everything There Is a Season by Frank C. Craighead Jr. (goodreads.com)

The taller bush on viewer’s right is also a rose, but domestic. No idea what one. Smaller abundant flowers, deep green leaves.

The deer and cottontail love the rose hips, and have re-seeded volunteers around our yard and on adjacent park lands.