There are many problems with below study, but what's striking is how many people sharing 'lockdowns do nothing' claims unquestioningly don't seem to realise that paper at the same time concludes mandated mask wearing has a substantial effect… 1/ https://t.co/6h40YxF0kp pic.twitter.com/Rx9OpKaOAd

I really can’t believe this drivel.

I am not an academic. I’m a real doctor who cares for patients and I’m a real parent so I’m just going to spend a few minutes commenting on how this is not a serious nor trustworthy article. https://t.co/tE6BLr05p9

The Covid Vaccine We Need Now May Not Be a Shot NYT. Nasal vaccines. One more thing that should have been done a year ago.

High Rates of Rapid Antigen Test Positivity After 5 Days of Isolation for COVID-19 medRvix (Stillfeelinthebern). From the Abstract: “More than 40% of vaccinated HCW who felt well enough to work still had positive RAT tests when presenting for a first test between days 5 and 10. Boosted individuals were nearly 3x as likely to result positive on day 5, their first day eligible for return, and ~2x as likely to result positive on first RAT overall. New guidance provides clearance to exit isolation after 5 days from symptom onset, without the need for a negative rapid antigen test to exit, as long as symptoms are beginning to resolve. Per CDC, the guidance was driven by prior studies, mostly collected before Omicron and before most people were vaccinated or infected, that reported on symptom onset beginning one or more days after peak virus loads.” “Per CDC, the guidance was driven.” Commentary:

Transmission of SARS-CoV-2 (Variant Delta) from Pet Hamsters to Humans and Onward Human Propagation of the Adapted Strain: A Case Study (Lancet preprint) SSRN. From the Discusssion: “Our findings provide the first documented evidence of efficient animal-to-animal transmission of the Delta variant of SARS-CoV-2 in pet Syrian hamsters, hamster-to-human zoonotic jump and further onward spread between humans.” Nature’s clickbait headline — “How sneezing hamsters sparked a COVID outbreak in Hong Kong” is less than responsible. Neither Nature’s own article nor the full preprint paper discuss the method of transmission (whether aerosol, droplet, fecal, or anything else). The headline is, however, useful since — hold onto your hats here, folks — it reinforces droplet transmission.

Use of disinfectants an effective way to keep Omicron at bay The Nation (Furzy Mouse). I can’t track down the Japanese study, but the source is credible. So this is an issue to watch: 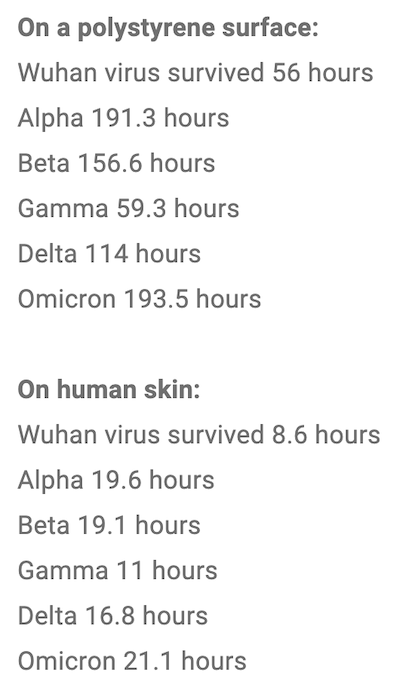 So now we have to worry about fomites, for real? (Fortunately, the headline reads “an” not “the,” so, layered defense.) 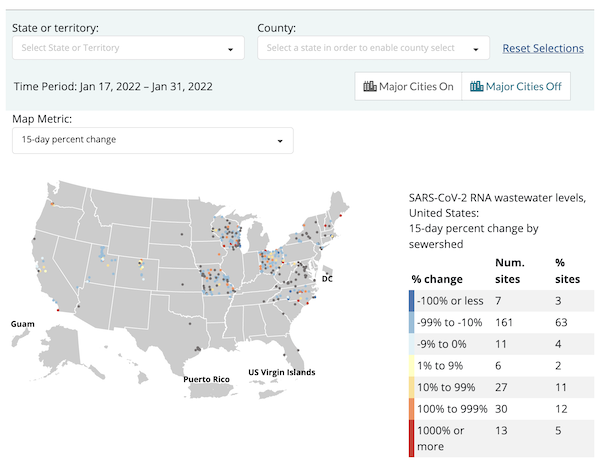 Good idea, should have been done a year ago.

Cocktails and hazmat suits mingle in the Beijing Olympics bubble Reuters. The author seems shocked and insulted that journalists from the “Let ‘er rip” West are subject to precautions…. Ya know what wouid be really dystopian? Millions of Chinese people choking to death from the red mush in their lungs. That’s what. Video:

Hello, I wrote about the EXTREMELY dystopian vibes inside the bubble at the Beijing Olympics. Exhibit A: Hotel bartenders making specialty cocktails in their full PPE gear https://t.co/ENegv4fErt pic.twitter.com/31YP3GsLlz

You reap what you sow. More from the same reporter:

The Tokyo Olympics had a bubble too, but it wasn't enforced to this degree. Considering China's zero COVID policy none of this is surprising. One of the workers said wearing the protective clothing put him at ease, which is understandable

“One of the workers said wearing the protective clothing put him at ease, which is understandable.” Dystopian indeed!

Crisis, climate and emerging roles for armed ethnic groups Frontier Myanmar. “Many of the most extensive old growth forests and biodiversity hotspots in all of mainland Southeast Asia are located in areas under the control or influence of Myanmar’s ethnic armed organisations….”

Why we are here Mekong Review

PM launches Partygate purge: ‘Party Marty’ Reynolds and Chief of Staff Dan Rosenfield are axed as No10 reels from shock resignations of Boris’s key policy and comms aides – while ‘coup plotting’ Rishi Sunak REFUSES to back his boss over Jimmy Savile jibe Daily Mail. Good thing for the Tories their bench is so strong. Oh, wait….

🇬🇧Despite orders from #NorthIreland's Agriculture Minister, the checks on agricultural goods in the Irish Sea are still moving forward.

Lawmakers emerge from Russia-Ukraine briefings bracing for invasion The Hill

MSM Pundits Push Idea That Criticizing US Policy On Russia Makes You A Russian Agent Caitlin Johnstone. As does the Biden Administration:

At today's WH and State Dept press briefings, reporters pressed for evidence to back up U.S. gov't statements about recent events in Syria and Russia, respectively. In response, officials suggested those reporters might be more inclined to believe ISIS/the Kremlin. Yikes. 1/x

For me, the most frightening part of all this is the slowly dawning realization that these “officials” are not being Machiavellian; they actually believe what they’re saying. All of which renders them unfit to be running a lemonade stand, let alone the foreign policy of a nuclear power.

Get used to the Powell Ratchet Axios

DHS and Border Patrol are working together to eventually deploy Ghost Robotic's "dogs" on the border, in particular desert terrain.

Terminator dogs will supposedly act as a "force multiplier" for CBP in patrols and interdiction. https://t.co/rFp6ITp3Ak pic.twitter.com/ekgmb6Juih

‘Havana Syndrome’ symptoms in small group most likely caused by directed energy, says U.S. intel panel of experts NBC. This story just won’t die. So far as I know, The Blob has never assessed the possibility of mass hysteria as a cause.

What happened to the chocolate milk? In rural Maine, a supply chain mystery. WaPo

Reactions to the US Military Operation Against ISIS Leader Narratives Project. Hmm….

Neither Chaos Nor Quest: Toward a Nonnarrative Medicine Boston Review

All-American Hell Is Breaking Out in Canada Charles Pierce, Esquire

As Workers Resist, the Left Recoils Wrong Kind of Green

With great sadness, we have pulled our petition to unionize. But we will not stop fighting for all other architectural unions in the making and continue to support all workers who deserve justice. Thank you all for supporting us in this journey. pic.twitter.com/T2cpIY6C2V

Money is power Cory Doctorow, Pluralistic. “Monopoly was converted to money, money to power, power to policy.” And so it goes.

EchidnaCSI: Engaging the public in research and conservation of the short-beaked echidna PNAS. Citizen science. 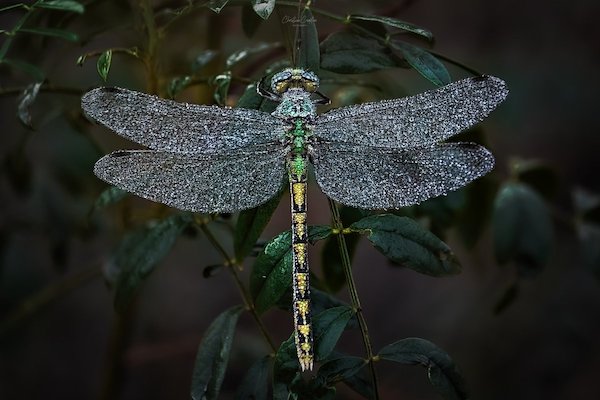 Bonus antidote. It’s been a long time since I looked in at Maru: