Yves here. Apologies for not giving the regime change in Chile its due. This post gives an overview of the significance of the reforms that got traction in 2019 and served to dismantle most of the neoliberal policies implemented under the dictator Pinochet.

And even though Pinochet did remake Chile into a supposed orthodox “free market” outpost, in fact the original neoliberal reforms were disastrous and were rolled back significantly. As we wrote in ECONNED:

Chile has been widely, and falsely, cited as a successful “free markets” experiment. Even though Chilean dictator Augusto Pinochet’s aggressive implementation of reforms that were devised by followers of the Chicago School of Economics led to speculation and looting followed by a bust, it was touted in the United States as a triumph. Friedman claimed in 1982 that Pinochet “has supported a fully free-market economy as a matter of principle. Chile is an eco-nomic miracle.” The State Department deemed Chile to be “a casebook study in sound economic management.”

Those assertions do not stand up to the most cursory examination. Even the temporary gains scored by Chile relied on heavy-handed government intervention.

It is particularly troubling that “free markets” boosters cite Chile as a showcase, not simply because the facts say otherwise but also because this bogus “miracle” required a brutal dictator. In other words, despite the fact that the “free markets” advocates claim to be tireless supporters of individual liberty, their actions show a disturbing willingness to compromise what they claim as their highest ideal….

The “Chicago boys,” a group of thirty Chileans who had become followers of Friedman as students at the University of Chicago, assumed control of most economic policy roles. In 1975, the finance minister announced the new program: opening of trade, deregulation, privatization, and deep cuts in public spending.

The economy initially appeared to respond well to these changes as foreign money flowed in and inflation fell. But this seeming prosperity was largely a speculative bubble and an export boom. The newly liberalized economy went heavily into debt, with the funds going mainly to real estate, business acquisitions, and consumer spending rather than productive investment. Some state assets were sold at huge discounts to insiders. For instance, industrial combines, or grupos, acquired banks at a 40% discount to book value, and then used them to provide loans to the grupos to buy up manufacturers.

In 1979, when the government set a currency peg too high, it set the stage for what Nobel Prize winners George Akerlof and Stanford’s Paul Romer call “looting” (we discuss this syndrome in chapter 7). Entrepreneurs, rather than taking risk in the normal fashion, by gambling on success, instead engage in bankruptcy fraud. They borrow against their companies and find ways to siphon funds to themselves and affiliates, either by overpaying themselves, extracting too much in dividends, or moving funds to related parties.

The bubble worsened as banks gave low-interest-rate foreign currency loans, knowing full well the borrowers in their own industrial group would default when the peso fell. But it permitted them to use the proceeds to seize more assets at preferential prices, thanks to artificially cheap borrowing and the eventual subsidy of default.

And the export boom, the other engine of growth, was, contrary to stateside propaganda, not the result of “free market” reforms either. The Pinochet regime did not reverse the Allende land reforms and return farms to their former owners. Instead, it practiced what amounted to industrial policy and gave the farms to middle-class entrepreneurs, who built fruit and wine businesses that became
successful exporters. The other major export was copper, which remained in government hands.

And even in this growth period, the gains were concentrated among the wealthy. Unemployment rose to 16% and the distribution of income became more regressive. The Catholic Church’s soup kitchens became a vital stopgap.

The bust came in late 1981. Banks, on the verge of collapse thanks to dodgy loans, cut lending. GDP contracted sharply in 1982 and 1983. Manufacturing output fell by 28% and unemployment rose to 20%. The neoliberal regime suddenly resorted to Keynesian backpedaling to quell violent protests. The state seized a majority of the banks and implemented tougher banking laws. Pinochet restored the minimum wage, the rights of unions to bargain, and launched a program to create 500,000 jobs.

By Carolina Pérez Dattari, the Director of the Institute of Local Governments of the University of Recoleta. After being a student leader during the years of the Chilean student movement, she worked in the creation of the Broad Front, a Chilean political coalition that today faces the second presidential round at the hands of Gabriel Boric. She has worked in the legislative branch, in the NGO sector and today she works as an adviser to the Constitutional Convention. Originally published at openDemocracy

When Chile overwhelmingly elected Gabriel Boric on 19 December, I was elated. Left-wing Boric had been pitted against the far-Right José Antonio Kast, who had systematically denied the climate crisis, attacked the rights of immigrants, women and the LGBTQ community, and spoken admiringly of Augusto Pinochet, the murderous dictator who ruled Chile from 1973 to 1990.

Now, under 35-year-old Boric, who heads the Frente Amplio (‘Border Front’) coalition, the country has a chance for serious and meaningful change – to move away from the economic and social model forged by Pinochet. It is widely acknowledged that the neoliberal model first took hold not in Margaret Thatcher’s Britain or Ronald Reagan’s United States, but in Pinochet’s Chile. Under the dictatorship, the state was shrunk to the minimum, relinquishing to profit-driven businesses the provision of rights through the privatisation of public services.

This turned Chile into a country with housing, health, and education for the rich; a privatised pension system in which social security is at the mercy of investment profitability; a plundered natural environment; communities without access to drinking water as a result of deregulated agribusiness, and a tax system that does nothing to change the fact that the country is one of the most unequal in the world. Pinochet’s biographer, Mario Amorós, characterises the dictator’s legacy as “a model installed by blood and gunfire that benefited the elites who controlled the media and held the economic power”.

Persistent and widespread protests erupted across Chile in 2019, against extreme inequality and for a new constitution to replace the one imposed by Pinochet. The protests forced a 3am showdown on 25 November 2019 in the National Congress, under the watchful gaze of millions of Chileans following the events on television. Capitulating to public pressure, several political parties agreed to a referendum on whether to draft a new constitution.

At that referendum, which was held in October 2020, 78% of people voted ‘yes’, leading to the election of a historic ‘Constitutional Convention’ of 155 people tasked with rewriting the constitution. The convention – to which I am an adviser – includes delegates from across the political spectrum, many of whom are independent of political parties, as well as feminists and environmentalists. It met for the first time on 4 July last year, with a clear directive: drafting the first democratic constitution in Chile’s history, with gender parity and indigenous representation. It has a year to fulfil that mandate, and the public will vote again in October on whether to approve its proposed new constitution.

The convention’s first move was to elect Elisa Loncón, an Indigenous Mapuche feminist university professor, as its chairperson. In her first speech in the role, she said: “Thanks to all of you for placing your trust in a Mapuche woman to change the history of this country…This convention is for all Chileans from every sector and every region and… against every system of domination…It is for a Chile that protects Mother Earth.”

Participation rules adopted by the convention are critical to its success. One notable example is the convention’s decision to hold interim public referendums for provisions that fail to obtain two-thirds approval but do receive three-fifths support, which provides a way to skirt potential roadblocks set up by conservatives. Another is known as ‘the popular initiative’, which allows any citizen to propose a constitutional provision on any issue if they can gather more than 15,000 signatures in support. 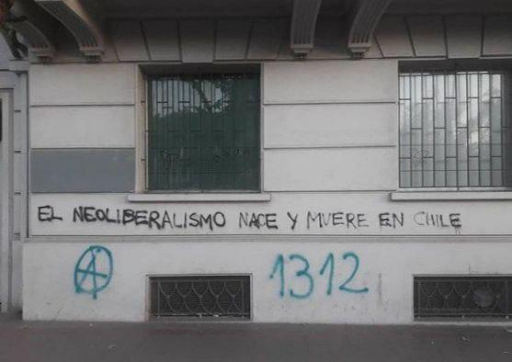 Through seven thematic commissions, the Constitutional Convention is discussing key transformations. These include declaring Chile a plurinational state – recognizing the country’s several nations and granting them degrees of autonomy – and recognizing nature as a subject with rights, to provide more tools to protect ecosystems. Another pivotal proposal is to change the role of the state from one oriented to individualism to one oriented to solidarity. Also high on the agenda is eliminating all gender-based asymmetry in public and political participation, enabling a state with equal representation in its judicial, legislative and executive branches.

One of the most groundbreaking discussions is on the institution of a National Care System. Currently, domestic and unpaid care work accounts for the majority (53%) of productive work in Chile, equivalent to 22% of GDP. Some 72% of this work is carried out by women. A National Care System would not only recognize caring occupations as work, but would pay for and professionalise these services. The long-standing demand of Chilean women for our sexual and reproductive rights – and the possible adoption of a law that permits abortion – is also at the centre of this proposal.

Many of these proposals will be strongly contested. Boric’s opponent Kast attacked both women and nature in his election campaign, committing to closing the Ministry of Women and denying global warming. The promise to extend the rights of nature will be strongly opposed by the supporters of Big Business, as it runs against Chile’s history as an exporter of raw or semi-processed materials like copper and more recently lithium, as well as export-oriented agriculture. “The Chilean model is based on extractivism, and a new Constitution could insist that a company has to maintain ecological equilibrium,” explains political scientist Claudio Fuentes. Chile’s Right occupies almost a third of the convention’s seats.

Still, Chile has begun 2022 with a sense of optimism. Gabriel Boric’s new government is charged with organising the October 2022 referendum over the new constitution. “If it’s successful, it will be a model of hope, and not only for Chile,” says constitutional expert Bruce Ackerman. During the 2019 protests, a piece of graffiti declared, ‘Neoliberalism is born and dies in Chile’. A new constitution could make this wish come true.