Yves here. It seems noteworthy that NPR, which also republished this Kaiser Health News article, used a markedly different spin in its headline: “Kids with autism struggle to adapt to adulthood. One doctor is trying to change that.” God forbid the press highlight failings in our best of all possible worlds health care system.

Two friends independently observed, before this story came out, that American society hates (or at best is pathologically indifferent to) children and the elderly. To that list, as this article makes clear, you can add the disabled.1

Some of the displays are appalling. One of the tenants had a regular visitor who limped and used a cane. Male, around 50, otherwise looked very hale.

I was in the elevator when one of the female tenants (middle aged, always well dressed) accosted the man with the cane and asked him when was he going to do something about it, as in his limp. This was clearly a demand (she spoke with force) and not an inept effort to converse. She thought she had the right to try to humiliate him over her now obvious discomfort with his physical difficulty. I was I was so horrified on his behalf that I didn’t know what to say.

Admittedly, many routinely offer to assist those with limitations, like with packages or loading walkers into cars, but I have a sneaking suspicion that the mean-spiritedness is more common than most of us (who have the good fortune not to be on the receiving end) realize.

And back to the article. Here we have a well recognized developmental issue, which is also in many cases  treatable (as in autistic kids can be steered towards careers and hobbies that use their capabilities, and also taught how to cope with their difficulties in dealing with emotions). And plenty of kids of affluent parents have it, so one would think their means and knowledge of how to work the system would get proper programs put in place. Yet we see otherwise, perhaps because autism is treated as falling between the stools of a medical versus an education/skill acquisition need.

Even worse, notice that many of the supposed experts that the protagonist, Dr. Mai Pham,  sought out, tried to make her autistic son someone else’s problem.  that a significant percentage of MDs are Or maybe this gap is yet another symptom of advanced neoliberalism: everyone is supposed to cope on their own, the hell with helping each other.

By Noam N. Levey, Kaiser Health News Senior Correspondent who previously worked at the Los Angeles Times and the San Jose Mercury News and has been published in Health Affairs, JAMA and the Milbank Quarterly. Originally published at Kaiser Health News

Alexander Roodman was packing up his room, preparing for a gap year before college, when I met him at his family’s Washington, D.C., townhouse.

The room was a typical teenage disaster zone, with clothes and books strewn everywhere.

Then, Alex picked up an origami sculpture that rippled with dozens of ridges and depressions. “It’s kind of a repetitive pattern,” he said. “First, you make the diagonal folds and these lateral folds to cut the paper in half.”

It’s pretty complicated. Alex, a slim teenager with long black hair and penetrating eyes, is gifted with the focus for this. But the way his brain works can be a challenge.

And like many parents of children with autism, Alex’s mother and father have spent years trying to find a doctor or school or therapist who could help.

The U.S. has made major strides in recent decades in raising awareness about autism and other intellectual and developmental disabilities, which affect as many as 1 in 20 Americans.

Improvements in screening, new therapies, and burgeoning specialty clinics have made available care that was unthinkable a generation ago. But the health care system is still failing millions of Americans from the time they are children, experts and advocates say.

When Alex was born, this world and its frustrations were an abstraction for Pham and her husband, David Roodman, a Harvard-trained policy analyst.

There were signs their second child was a little different. Pham remembers taking Alex on a trip when he was 3 months old.

“In a hotel room in Miami, we put him on the floor thinking, ‘OK, we have five minutes now before the baby acts up,’” Pham said. “He actually spent 20 minutes being nearly still, just his eyes tracking the shadows of a palm frond on the walls.”

In preschool, Alex had difficulty connecting with other kids and sometimes became agitated when classmates didn’t seem interested in what he wanted to talk about.

Still, Pham and Roodman were assured by their pediatrician and others that there was no cause for alarm. Even when a school assessment established that Alex was autistic, Pham and Roodman received few warnings about the challenges ahead.

As Alex got older, he attended a private middle school that specializes in working with students like him. He did well, according to his parents

The transition to high school proved more difficult, however. Although a gifted math student, Alex increasingly struggled with subjects like English and history that require explaining the perspective of others.

His autism fueled crippling anxiety. Alex had trouble sleeping and picked at his hands until they bled. There were frequent breakdowns.

“He might slam the wall with things. … He broke the tip off a knife,” Pham said. “He always felt contrite afterward. He just didn’t have any other avenue for, you know, adequately expressing how frustrated he was.”

Pham thought she’d be better prepared than most parents to find help. She’s an internist and former senior Medicare and Medicaid official with degrees from Harvard and Johns Hopkins.

Pham scrambled to find help, tapping a wide social and professional network around Washington, D.C. The metropolitan area boasts the highest concentration of child and adolescent psychiatrists in the country, 10 times the level in some rural parts of the country, according to one analysis.

Yet, as Alex struggled, Pham said, their family was lost. Time and again, pediatricians, psychiatrists, and therapists minimized Alex’s symptoms or shuffled him to someone else.

That’s a common experience, said Monica Adler Werner, a counselor who works with patients with autism around Washington, D.C. “The odyssey that parents have to go on in order to find what their children need is really a shame of our society,” she said.

Long waitlists for therapy remain the norm nationwide. So are medical bills that can reach tens of thousands of dollars.

“We were lucky we could afford those services,” Pham said. “We have health insurance. … I had the kind of jobs where I could hop in the car once or twice a week and drive 50 minutes each way to get him to therapy.”

Nationally, parents of children with autism are 10 times as likely to say they’re “usually or always” frustrated in their efforts to get services.

Primary care physicians — a convenient option for many families — could fill some of those gaps if the doctors had better training, said Dr. Kristin Sohl, a pediatrician who teaches these skills at the University of Missouri. “We’ve got to make this accessible so that people can have access to what they need when and where they need it,” Sohl said.

But many physicians feel ill equipped to provide this care.

In one survey, just 40% said they were very confident that their care for patients with disabilities was as good as for other patients. Only about half strongly agreed that they welcome patients with a disability.

Training remains one barrier. Even though as many as 16 million Americans have autism or another intellectual or developmental disability, the subject is a small part of the curriculum at most medical schools.

Another obstacle, Sohl and others say, is a tendency in American health care to simply refer patients to specialists. “It’s so hierarchical,” Sohl said. 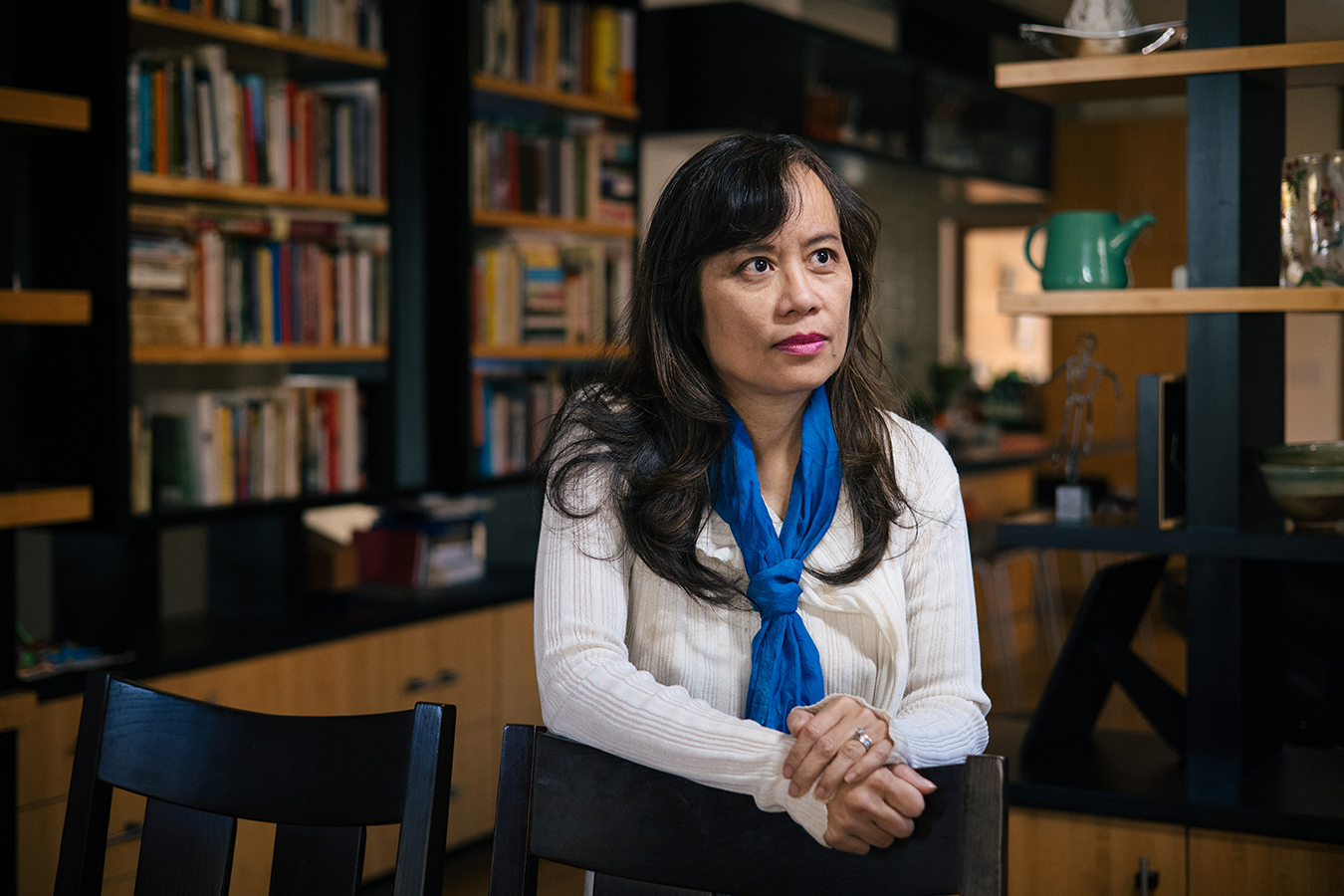 She quit her job at a major health insurer in 2020 to start Institute for Exceptional Care. The nonprofit aims to overhaul the way doctors are trained and paid so they can spend more time with patients with disabilities, instead of rushing through visits because of billing pressures.

“We’ve made huge investments in the science and in some ways the clinical aspects of care,” Pham said. “But we haven’t thought about how to make any of that sustainable.”

Pham said that is particularly important because so many patients are aging — and developing medical conditions such as diabetes, heart disease, and dementia.

“How you communicate to someone like my son or how you manage chronic conditions for him will need to be different,” Pham said. “The health system hasn’t thought about that.”

Help for Alex ultimately came from a specialist. Adler Werner, whom Pham found through friends, became what Pham described as an “autism coach,” helping the family understand what Alex was experiencing.

Adler Werner, now a cognitive behavioral therapist, focused on empowering Alex so he could appreciate his strengths and develop tools to navigate challenging tasks like communicating verbally and managing stress.

“What we want to be doing is working with young people to allow them to understand their differences, accept and own them, not have them be seen … as character flaws,” Adler Werner explained. “Alexander is really extraordinary and unbelievably interesting.”

I caught up with Alex not long ago in Vermont. He’s at a program that helps teenagers like him develop skills to live independently. He’s taking math at the University of Vermont. He’s been rock climbing and hiking with classmates in the Green Mountains.

Alex said he’s been enjoying himself. “I’m learning about muscles I never knew I had,” he said.

Pham and her husband have been cheered by his progress. But they still worry about what’s ahead for Alex in a health care system that’s unprepared for him.