Why Do Humans Have a Taste For Alcohol? Discover

Millions of Americans Are Turning to Therapy, and Investors See an Opportunity WSJ

Massachusetts should have a state-owned bank Boston Globe (Furzy Mouse).

‘Forever chemicals’ may have polluted 20m acres of US cropland, study says Guardian (Re Silc).

“[T]his level of Covid risk is the way the world will be for many years”:

Like so many people with Covid, Katie feels terrible for having carried Covid into their house. I told her this level of Covid risk is the way the world will be for many years, and making choices like teaching at this course is something we need to learn to live with. (17/23)

I would like to thank the last two administrations and the public health establishment (very much including Wachtel) for bringing us to this point. And:

This is a multiple-choice test; it’s homework. The PMC l-o-o-o-o-v-e them their homework. Of course, not everybody has multiple choices. The Wachters’ maid — supposing them to have a maid — surely would not have had a choice between staying on, flying home, and driving. She would have had to take the cheapest option, regardless.

COVID-19: the next phase and beyond The Lancet

Low risk of SARS-CoV-2 transmission by fomites – a clinical observational study in highly infectious COVID-19 patients (accepted manuscript) The Journal of Infectious Diseases. From the Comclusion: “Transmission of infectious SARS-CoV-2 via fomites is possible upon extensive moistening, but unlikely to occur in real-life scenarios and from droplet-contaminated fomites.” In Germany.

Transmission of SARS-CoV-2 infections and exposure in surfaces, points and wastewaters: A global one health perspective Case Studies in Chemical and Environmental Engineering. From the Abstract: “Several common and public areas, hospitals, elevators, public transport, local markets, and surfaces such as public toilets, door handles, untreated and treated wastewaters, wastewater plants, and public washrooms are also considered major points for spreading of SARS-CoV-2. Highly contaminated surfaces or places often have materials or contain items made of materials on which the SARS-CoV-2 virus can persist (e.g., metal, wood, and plastic). For example, SARS-CoV-2 can exist up to 4 days on doorknobs made by those materials. For public places such as public transports, elevators, and local markets, crowding and enclosed spaces are major source for transmission. Several measures such as using copper alloy surfaces instead of metal surfaces, disinfectants, and suitable personal protective equipment have been suggested.” From Southeast Asia.

Myanmar's parallel government @NUGMyanmar has raised more than US$ 700,000 in 24 hours as 7,228 shares for Min Aung Hlaing’s residence in Yangon have been sold after it was put on sale by the NUG on May 6.#2022May9Coup #WhatsHappeningInMyanmar pic.twitter.com/HDVrHBnx3J

The India Fix: How did a democracy like India rack up the highest Covid death count in the world? Scroll.in

‘Bad boys’ are back: India doubles down on coal as heatwave worsens power crisis Reuters

Because it is a media conglomerate, sanctions would be an attack on free speech. I say this plainly because so many writers and political actors pretend that they are not demanding censorship when that is precisely what they are doing. Nevertheless, in this case the threat to freedom is minimal. Murdoch would not be punished for revealing embarrassing truths about the west but for spreading demonstrable lies for a hostile foreign power.

A devil’s deal Africa is a Country

Sitrep Operation Z: Yeah, we have some Big Deals The Saker

Ukrainian commanders lash out at Kyiv over Mariupol resistance FT. The Azov Battalion. Given that the Ukraine right threatented to whack Zelensky if he negotatiated with Russia, perhaps both Kyiv and Russia are solving a common problem? (Not that Kyiv could have rescued Mariupol anyhow). Commentary:

Western media has an unspoken ban on footage of the many Mariupol evacuees who said they were used as human shields, shot at or abused by the Azov Battalion

Germany's @derspiegel removed one such video interview "because of discrepancies in content" https://t.co/tjTHeqOcbO pic.twitter.com/9L99sGFMg0

I led talks on the Donbas and Crimea in the 1990s, here’s how the war should end Responsible Statecraft

Ukraine: From Bad To Worse? Andrew Basevich, The American Conservative

A Pot of U.N. Money. Risk-Taking Officials. A Sea of Questions UN

The Limits of Privilege The new abortion regime is going to affect everyone Rebecca Traister, New York Magazine

Democrats Have Themselves To Blame For The Fall Of Roe The American Conservative (Re Silc).

A Fight Over America’s Energy Future Erupts on the Canadian Border NYT. Massachusetts already dumps its trash in Maine. Now they want to run a powerline through our land? No thanks.

“When I was a boy and I would see scary things in the news, my mother would say to me, "Look for the helpers. You will always find people who are helping.” #HappyMothersDay

The helpers do exist: Corsi box makers, for example.

"This song was recorded in one take. Clinton surrounded Funkadelic guitarist Eddie Hazel with a massive amount of amps. He told Eddie to first play like he just heard that his mother had died, then to play like his mom was actually still alive."https://t.co/R26bebUqnn 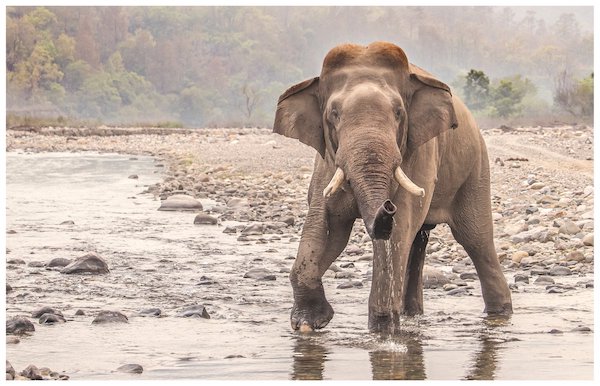