Yves here. It is instructive to see that a law professor who served as an expert witness for Naftogaz, the Ukrainian national oil and gas company, after Russia seixed its operations in Crimea, is concerned enough about the prospect of the Biden Administration selling confiscated Russian assets to speak up and advise against it.

However, I have my doubts that the US has been as scrupulous about not selling assets of sanctioned and belligerent nations as Professor Stephan suggests. Iraq owned a magnificent, very wide townhouse on East 80th Street between Park and Lexington as its embassy. It was promptly seized after the war started and sold within a couple of years. I sincerely doubt the proceeds were remitted to the new government.

The Biden administration wants to sell off the yachts, homes and other luxury assets it has seized from Russian oligarchs and use those proceeds to support reparations for Ukraine.

As part of his proposal for the latest aid package to Ukraine, President Joe Biden is asking lawmakers for the authority to formally confiscate the assets of sanctioned oligarchs to pay to “remedy the harm Russia caused … and help build Ukraine.” The House has already passed a bill urging Biden to sell the assets, but it didn’t specifically give him the authority to do so.

Others have encouraged the administration to sell off the tens of billions of dollars in Russian central bank assets it has frozen. It’s not clear from the White House statement whether Biden plans to go after state-owned assets too.

That he has gone to Congress to get permission indicates that his lawyers believe, as do I, that current law permits only freezing, and not selling, foreign property in the course of an international crisis.

I’ve studied and practiced international law for several decades and advised the departments of State and Defense on issues like this one. The idea of forcing Russia to pay reparations for the harm to Ukraine has obvious appeal. But the U.S. needs to comply with constitutional and international law when it does so.

You might ask what the difference is between seizing or freezing property – forbidding anyone to dispose of or use an asset or take income from it – and confiscating it.

Freezing destroys the economic benefits of ownership. But the owner at least retains the hope that, when the conflict is over and the freeze order ends, the property – or its equivalent in money – will return. Confiscation means selling off the property and giving the proceeds, along with any cash seized, to a designated beneficiary – in this case, people acting on behalf of Ukraine.

The International Economic Emergency Powers Act of 1977permits only freezing, and not selling, foreign property in the course of an international crisis. Congress adopted this law to replace the Trading With the Enemy Act of 1917, which gave the president much broader power to take action against U.S. adversaries in and out of war.

Since then, the U.S. has frequently used the power to seize assets belonging to foreign individuals or nations as an economic sanction to punish what it considers bad behavior. For example, after Iran stormed and seized the American embassy in Tehran, the U.S. government seized billions of dollars in Iranian assets in the U.S, including cash and property. The U.S. has also frozen assets of Venezuela and the Taliban over ties to terrorism and Russian individuals considered responsible for human rights violations, thanks to the Magnitsky Act.

In all these cases, the United States held on to the foreign property rather than sell it off. In some cases, it used the seized property as a bargaining chip toward a future settlement. In 2016, the Obama administration famously returned US$400 million to Iran that the U.S. had seized after the embassy siege in 1979 – delivering stacks of Swiss francs stuffed inside a Boeing 737. In other cases, the assets remain under government control, administered by an office of the U.S. Treasury, in hope that eventually some compromise can be reached.

The Patriot Act, adopted in the wake of 9/11, created a limited exception to the confiscation ban in instances in which the United States is at war. The U.S. never has used this authority. And despite the increasingly heated rhetoric, stepped-up sanctions and growing aid for Ukraine, the U.S. is not at war with Russia.

A fundamental principle of justice says those who cause harm while breaking the law should pay.

In recent history, victors have often forced reparations on the losers of war – as was the case following both World War I and World War II – especially when they are deemed responsible for massive death and ruin.

Russia has wrought terrible destruction in Ukraine. Several cities, including Mariupol, are all but destroyed, and evidence of war crimes in places like Bucha is mounting.

So it makes sense that so many scholars, lawmakers and others would argue that the regime of Vladimir Putin and those who benefit from his rule should help pay for it.

Some, such as Harvard legal scholar Laurence Tribe, argue U.S. law already allows the president to use any seized or frozen asset as reparations. But, as other experts have pointed out, doing so has serious problems. The legal issues noted above are one major hurdle and open this up to being challenged in court.

Another is political. Confiscating assets takes away important bargaining chips in any future negotiations, as they have been with Iran and other countries.

Specialists in sanctions law – including me – agree with Biden that Congress needs to pass a new law.

Punishing Russia While Preserving the Rule of Law

The question then becomes what that legislation should look like to avoid running afoul of international law and the U.S. Constitution. There still seem to be several limitations on what Congress can do. 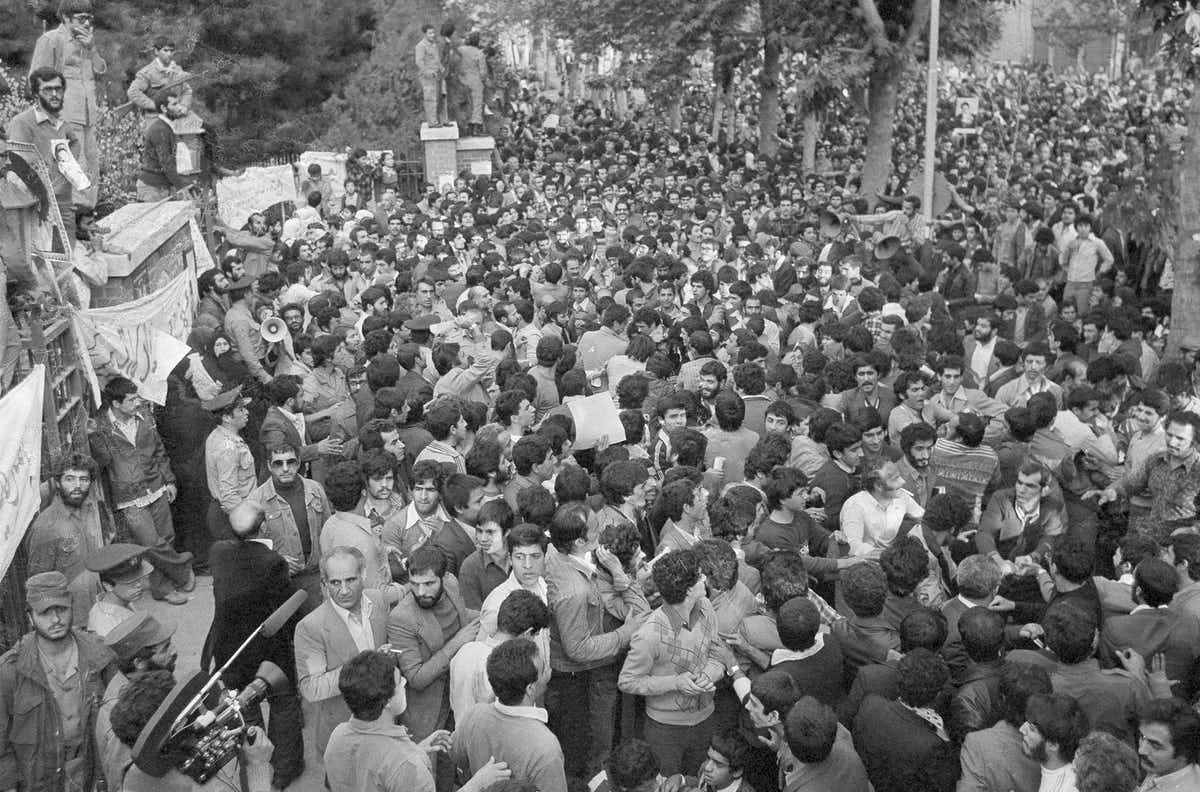 The US frozen billions worth of Iranian assets after the siege of the American embassy in Tehran. AP Photo

For example, the Constitution’s Fifth Amendment guarantees due process before the government can confiscate a private citizen’s property. But does this apply to property in the U.S. that belongs to a foreign citizen? The answer seems to be yes, at least according to two Supreme Court cases.

Selling off Russian state property such as central bank assets, creates other problems. International law provides a certain degree of immunity from confiscation to foreign nations and their assets overseas. Outside of wartime, confiscation of state property, including U.S. deposits of Russia’s central bank, runs up against these challenges.

A case currently before the International Court of Justice will decide whether the United States violated this rule when it used funds from frozen Iranian central bank deposits to compensate people who had won a default judgment from Iran for supporting terrorists.

So, yes, I believe that Russia’s invasion of Ukraine is outrageous and demands a response. But that doesn’t mean the U.S. and other countries should ride roughshod over international law and the U.S. Constitution to do so. Congress should be able to craft a law that allows some assets to be confiscated without violating due process or international law.

I predict that disregarding these issues will likely produce embarrassing judicial setbacks that will make it harder to help Ukraine down the road.