This Covid wave might be the start of our ‘new normal,’ experts say CNBC. People who write articles like this should be made to clean bedpans or break rocks as their punishment for being such hazards to health and welfare. BA.5, coming to you soon, looks to be as contagious as Omicron but much nastier to the lungs. Unlike Omicron, it looks to require TMPRSS2 receptors. If so, it will attack the lungs and you will again see hospitals with patients coughing up their lungs. As GM explained in January:

So the thing about Omicron is that it replicates better than previous variants in cells that have high ACE2.

A quirk of that is that it now replicates worse in cells that have low ACE2 and high TMPRSS2.

Which happen to be the alveoli.

So you don’t get as much really brutal ARDS (though you still get plenty of it).

LOL bad week to be a minimizer or T cell

Meaning sars cov 2 is hyperstimulating T cells and causing them to cause harm outside of MIS-C, like I said https://t.co/7quMKgzzT3

A brilliant & timely review by Prof. #DianeEGriffin on the persistence of viral RNA following RNA virus infection – which can be associated with late progressive disease or nonspecific lingering symptoms of post-acute infection syndromes (#PAIS). (1/)https://t.co/lQrFnEdP3M pic.twitter.com/1DWmoT4kqy

Biden’s vaccinated and boosted Health Secretary Xavier Becerra gets COVID for the second time in THREE WEEKS and is ‘having mild symptoms’ Daily Mail. Um, it’s pretty much always mild at the start (when not asymptomatic). Note naive computation of long Covid odds (charitably assuming you are not more likely to get it on a reinfection). Remember immunity wanes and we keep getting new variants. If 1 in 10 cases get long Covid, odds of getting it after 3 infections is 27%. If it’s 2 in 10, the odds after 3 infections are 49%. Wear your mask, and make it a good one!

Superintendent: All of Yellowstone will be evacuated, Gardiner is ‘isolated’ Jackson Hole News & Guide. Amazing photos. From a reader who knows the area:

The bridge to Gardiner MT is wiped out – there is a video of that all over Twitter right now which is an amazing sight. That is in the NW part of the park – and near Bozeman MT. Gardiner is now apparently isolated from traffic in and out. There are no roads. That is where the vast majority of people fly into to visit the park. There is another way in – but it is a very long drive around to West Yellowstone. The Jackson Hole airport is currently closed to flights because they are redoing the runways. I am not sure how long it will take to repair that area. The road from Cody to the Grand Canyon of the Yellowstone is currently impassable. But that appears to be not in horrible shape. The Beartooth Pass is open up to Red Lodge Montana – but the roads getting to the pass are currently impassable. The road from the Tetons into the Southern Entrance and Old Faithful is covered in mud – but I hear of no damage. So that should be open soon. Mainly affecting the northern part of the park and the main gateway by air – Bozeman – is severely restricted.

Total astonishment here. This is going to take a long time to fix – and may very well impact the entire rest of the summer here. I just do not see how they fix some of these roads in any kind of time. The damage looks pretty severe on the videos. There is about a 3-4 month season here when these roads can be built or maintained because of the snow – and currently work crews are in extreme demand and just not available.

We will continue to communicate about this hazardous situation as more information is available. More info: https://t.co/mymnqGvcVB pic.twitter.com/S5ysi4wf8a

My most memorable Peace Corps Bahrain assignment was on a screw worm culling team for the arrival of a ship like this for an EID. I still have PTSD from the smell. Screw worms are just the worst.

1) nice to see fascists in prison. More of this please
2) the really go out if their way to not call the coup a coup and the massacre-fomenting fascist a fascist.

2/ “Minister Coveney said publishing legislation that would breach the UK’s commitments under international law, the Brexit Withdrawal Agreement and Northern Ireland Protocol is deeply damaging to relationships on these islands and between the U.K. and EU.

“It’s a very dangerous situation. We are dealing with a super power” Douglas MacGregor YouTube. Today’s must listen. MacGregor strongly urges everyone to call their Congress critter and tell them in no uncertain terms to oppose the AUMF proposed by Representative Adam Kinzinger (more detail from Andrei Martyanov). MacGregor stresses that calls from ordinary voters worked in the Obama administration to stop a bombing campaign in Syria. Make the calls and urge friends and family to do so.

Military briefing: which weapons has Ukraine received and how many more does it need? Financial Times

Building a Lasting Settlement for Ukraine National Interest. Less unrealistic than most other proposals to date, but Ukraine not agreeing to neutrality is a non-starter. Ukraine was NATO-lite before the war started and look what that produced.

Are Sanctions Hurting Russia? American Conservative (Kevin W). See at least the subhead: “Russian businessmen view sanctions as manageable and even a blessing in disguise.” But the US can’t manage reshoring.

Nato chief says he had ‘no reason to believe’ Turkey would block Nordic membership Financial Times. Lordie. This is not just an insult to intelligence but a big time insult to Erdogan, as in continuing to refuse to believe Turkey has interests and will act on them. Oh, and as we also keep saying, is the most important member of NATO by virtue of its location and having its second largest armed forces, yet keeps being treated as a second class citizen because not white and Christian.

THE POLISH ADDITIVE IN THE UKRAINE WAR — TAKE OUT WASHINGTON PORK & BRUSSELS SPICE, WHAT’S THE DIFFERENCE BETWEEN CRACOW AND LVOV SAUSAGE? John Helmer

Why Are Democrats, Rinos and the FBI Hanging Out with Ukrainians? Larry Johnson (Chuck L)

This is not a drill: Over the weekend, the Israeli military began what appears to have been preparations for the expulsion of some 1,000 Palestinian residents of Masafer Yatta. > pic.twitter.com/JLioRCQQrI

Facial Recognition Is Out of Control in India Vice (Kevin W)

The Junior President from the State of Delaware CounterPunch

Supreme Court Tortures the Constitution Again Future of Freedom Foundation (guurst). Revealing, in not a good way, that it’s a hard core right wing site that makes a stink about the Supreme Court letting the CIA keep details of the torture of a Palestinian mistaken for an al Quaeda big fish secret.

If abortion is made a crime, will Microsoft, Amazon and other big data players cooperate with police? TechXplore (Dr. Kevin)

The smell around Tesla is getting weirder.

US enquiry to probe suspicions that Tesla’s autopilot is designed to auto-quit when a crash is imminent… so that the driver is liable on the moment of impact – and Tesla’s system escapes scrutiny or bad stats. https://t.co/cO3jNtAveQ pic.twitter.com/KJs5bxdJ92

One in Six Germans Forced to Skip Meals Thanks to Food Price Crunch: Survey Sputnik. From a few days ago, re-reporting a survey published in Bild.

To Fight Inflation, The Fed Declares War On Workers The Lever. A well-worn playbook.

This RR bridge has been hit hundreds of times. No one wants to fix it. Lots of excuses.

Now, an Amazon truck got stuck under it after Amazon built a warehouse nearby.

Let’s see who gets action, 4 dead people on a bus or an amazon wearhouse. To be fair, the local government paid Amazon $71 million for the warehouse. 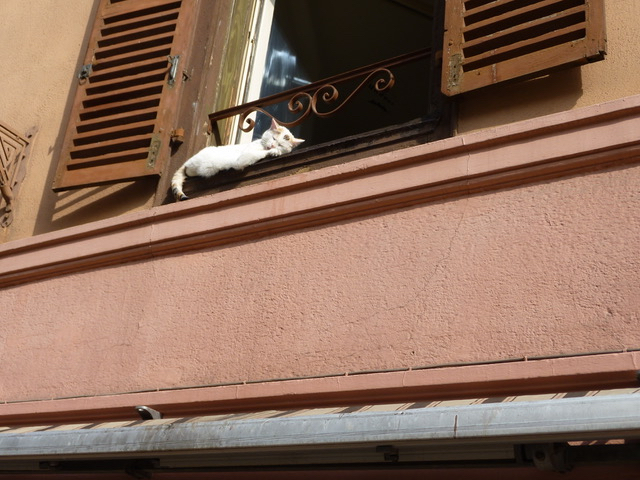