Yves here. Water rights have long been a big deal in the arid Southwest. But the US is well into a crisis due to failure to curb the profligate use of water, largely thanks to California farmers growing thirsty crops that are poorly suited to the climate, and no one seems willing to take them on.

By Bob Henson, a meteorologist and journalist based in Boulder, Colorado. He has written on weather and climate for the National Center for Atmospheric Research, Weather Underground, and many freelance venues. Bob is the author of “The Thinking Person’s Guide to Climate Change” and of “The Rough Guide to Climate Change,” a forerunner to it, and of “Weather on the Air: A History of Broadcast Meteorology”, and coauthor of the introductory textbook “Meteorology Today”. For five years and until the summer of 2020 he co-produced the Category 6 news site for Weather Underground. Originally published at Yale Climate Connections 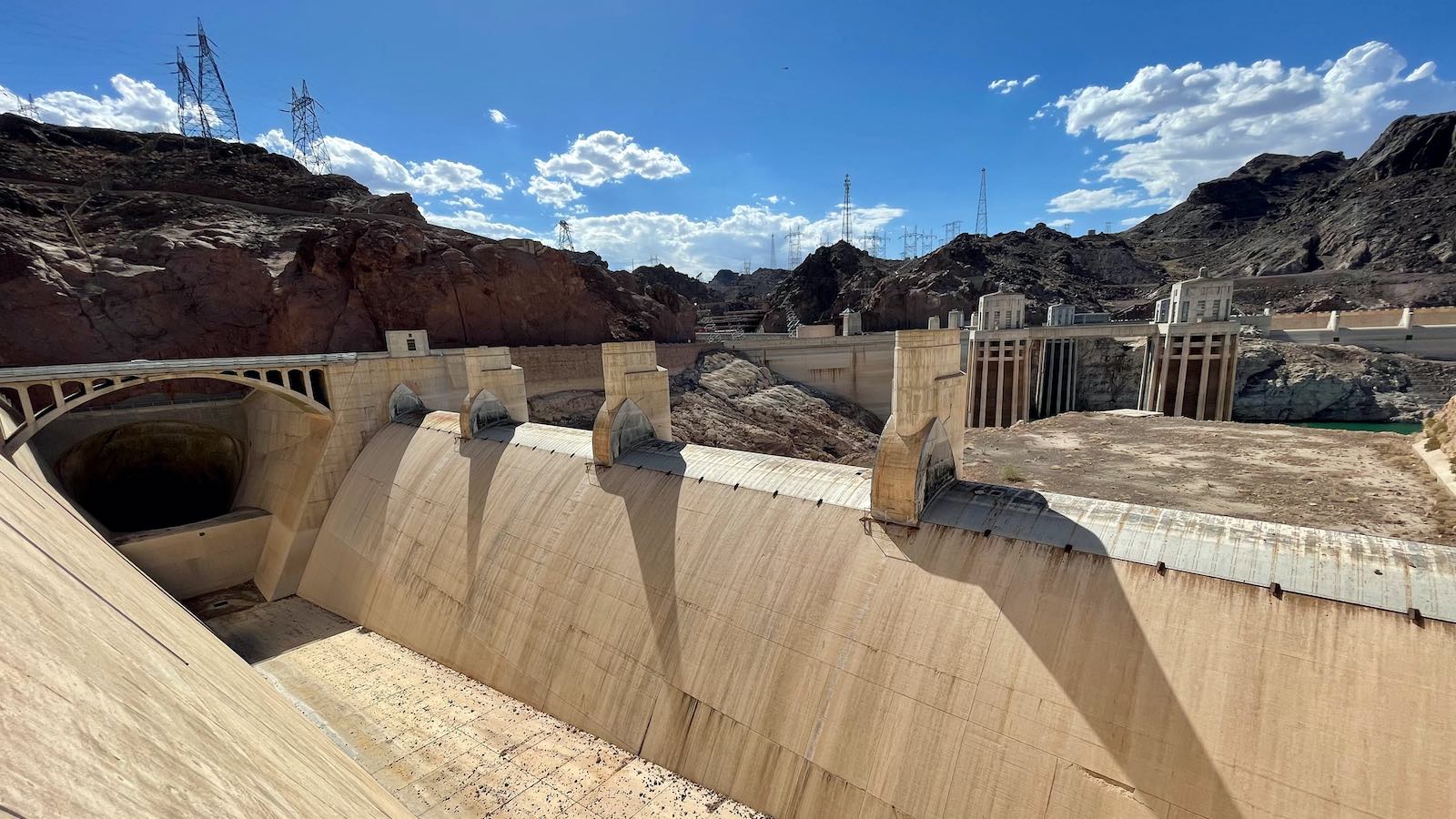 The grinding megadrought that’s plagued the southwestern United States since 2000 plunged to a new level of seriousness on Tuesday, August 16, as the U.S. Bureau of Reclamation announced that the first-ever Tier 2 water restrictions will take effect in January 2023 along the Colorado River. Generous monsoon rains over parts of the Southwest this summer have done little to blunt the grim longer-term prognosis.

Based on the latest set of two-year projections (called the 24-month study), the water level at Lake Mead will drop to near 1048 feet by next January 1, putting it just below the Tier 2a threshold of 1050 feet.

The Colorado River, and the 40 million people – plus billions of dollars in agriculture  – that draw on its water across the Southwest, were already in the midst of stringent cuts after a previous 24-month study, released in August 2021, that put into place Tier 1 restrictions (itself an unprecedented step at the time) starting in January 2022. The range that triggers Tier 1 for Lake Mead is 1050-1075 feet.

Together, these Tier 1 and Tier 2a restrictions translate into supply cuts of 21% for Arizona, 8% for Nevada, and 7% for Mexico.

Under the agreements that dictate southwestern water, California would not face any cuts until Tier 2b status is declared. That would have happened had the January 1 projection for Lake Mead been just 2.5 feet lower, said climatologist and water researcher Jeff Lukas on Twitter.

As noted by Tom Yulsman (ImaGeo/Discover), Lake Powell and Lake Mead were both at record lows on August 16, sitting at 26 and 27 percent of capacity, respectively.

“At best, the bureau’s action today will only delay the day of reckoning,” Yulsman wrote.

Interstate Negotiations Locked in a Stalemate

Alas, these numbers are based on 20th-century averages that are proving far too generous as populations expand, the climate warms, and reservoir withdrawals routinely exceed recharge.

Bureau of Reclamation Director Camille Touton said in a congressional hearing in June that the seven states of the Colorado River Basin (Arizona, California, Colorado, Nevada, New Mexico, Utah, and Wyoming) will need to somehow come up with cuts of 2 to 4 million acre-feet (or 13-26% of standard allocations) before 2023 in order to stabilize the supply and stave off major reservoir impacts.

“That is a stunning number,” said journalist and Colorado River expert John Fleck (University of New Mexico) in a blog post. As Fleck puts it: “Each Colorado River Basin state has a reasonable argument for why it’s already sacrificed enough. Taken together, though, if each state digs in its heels, there’s not enough water to go around.”

Despite state pledges to cooperate toward meeting the goal set by Touton this summer, negotiations haven’t gotten far.

In a statement on August 16, Tom Buschatzke (director, Arizona Department of Water Resources) and Ted Cooke (general manager, Arizona Project) said: “The Basin States have not yet produced a viable plan nor has the United States proposed a plan that achieves the protection volumes identified by the Commissioner.… It is unacceptable for Arizona to continue to carry a disproportionate burden of reductions for the benefit of others who have not contributed.”

Meanwhile, John Entsminger (general manager, Southern Nevada Water Authority) said in a July 25 letter to the Department of the Interior, as reported by the Las Vegas Review-Journal: “Despite the obvious urgency of the situation, the last sixty-two days produced exactly nothing in terms of meaningful collective action to help forestall the looming crisis… We are at the stage where basin-wide every drop counts, and every single drop we are short of achieving two to four million acre-feet in permanent reductions draws us a step closer to the catastrophic collapse of the system.”

hard to see this moment as anything but a colossal shrug from the colorado river basin’s users in response to the feds.
a culture of defeatism seems to pervade among users and state leaders right now. i’ve heard serious talk of rebuilding on a “post-crash” river.

It’s hard to believe now that the Glen Canyon Dam came perilously close to overtoppingafter the torrential El Niño rains of 1982-83. Wet years and dry years followed during the 1980s and 1990s, but warning lights were already beginning to flash red. A major 1999 EPA report, “A National Assessment of the Impact of Climate Change on Water Resources,” warned (in bold type):

Even when there aren’t major shifts in precipitation, a warming climate puts additional stress on arid and semiarid regions by boosting evaporation from soils, rivers, and lakes. Growing populations only add to the water stress.

In the years since 2000, periods of intense drought have combined with a relentless warming across the Southwest. A 2022 study in Nature Climate Change led by Park Williams (University of California, Los Angeles), extending previous work, estimated that the period from 2000 to 2021 marked the driest 22-year stretch over southwestern North America since at least the year 800. Precipitation over this period was 8.3% below the average for 1950-1999 (a period of breakneck population growth), and temperatures were around 1.7 degrees Fahrenheit warmer than that average.

Williams and coauthors predicted that another year of drought was likely in 2022, which would put the length of the current megadrought on par with 1571-1593. Three other megadroughts since 800 lasted even longer, the study found, including a 29-year stretch from 1432 to 1461. And none of those megadroughts occurred in a climate pushed ever warmer by greenhouse gases pumped out on an industrial scale.

The most “restless” summer monsoon season in a decade became deadly as intense lightning and thunderstorms flooded parts of southern Nevada and a leaky ceiling forced table games to stop at one Las Vegas Strip casino. https://t.co/maQj64osaA

Much like 2021, the North American Monsoon of 2022 has been quite active at times across the Southwest, leading to the second wettest July day in Death Valley history(with thousand-year estimated rainfall rates) as well as dramatic flash flooding there and in Nogales, Mexico.

The June-July period was the 15th-wettest in 128 years of recordkeeping for Arizona, and June-July 2021 was the second wettest. However, this summer’s rains may not be enough to quench yet another year of regional drought. For the current water year thus far (October 2021-July 2022), the Southwest climate region has received only about 81% of its average precipitation, making it the 24th driest such period on record.

Looking further out, a third consecutive year of La Niña is now well under way, and it is predicted to extend into early 2023. That’s bad news for the Southwest, where La Niña is strongly correlated with drought.

The most recent long-lead climate outlooks from NOAA, issued on July 21, project drier-than-average conditions across the Southwest from autumn 2022 into spring 2023.