Bank of America announces zero down payment, zero closing cost mortgages for Black and Hispanic first-time homebuyers NBC (Re I). Re Silc writes: “Thus you know the end is near….”

What’s going on with the Greenland ice sheet? It’s losing ice faster than forecast and now irreversibly committed to at least 10 inches of sea level rise The Conversation

Where We’ll End Up Living as the Planet Burns Time (Re Silc). “Our best hope lies in cooperating as never before: decoupling the political map from geography.” True. Real estate speculators may move faster, however.

* * *
How does low-impact development help manage stormwater? Soils Matter, Get the Scoop. Permeable pavement is good!

Vaccine expert Paul Offit from the FDA’s sidelined vaccine approval committee is hesitant to approve the new jabs coming this fall. “I’m uncomfortable that we would move forward — that we would give millions or tens of millions of doses to people — based on mouse data,” he wrote.

The Biden administration is pushing another round of Covid boosters. Who’s listening? STAT

Exclusive: Covaxin’s Manufacturing Practices Remain ‘Unacceptable’ Says WHO The Wire. This is bad, since Covaxin is manufactured by Bharat, who also manufacture BBV154, a nasal vaccine said to have passed its phase three trial, but with its regulatory approval mysteriously prolonged.

* * *
Covid-19 Vaccines — Immunity, Variants, Boosters NEJM. From the text: “The expectation that Covid-19 vaccines would prevent acquisition of infection and block onward transmission was based on initial data in 2020 (before the emergence of viral variants) that showed high neutralizing antibody titers and robust protective efficacy at peak immunity after mRNA vaccination. However, given the substantial waning of serum neutralizing antibody titers and the emergence of variants with increased transmissibility and antibody escape, it would be reasonable now to recalibrate goals for Covid-19 vaccines.” I like “recalibrate.” As for the emergence of variants, nobody could have predicted that!

Clinical severity of Omicron SARS-CoV-2 variant relative to Delta in British Columbia, Canada: A retrospective analysis of whole genome sequenced cases Clinical Infectious Diseases (IM). n = 13,128. From the Abstract: ” In late 2021, the Omicron SARS-CoV-2 variant emerged and rapidly replaced Delta as the dominant variant globally. The increased transmissibility of the variant led to surges in case rates as well as increases in hospitalizations, however, the true severity of the variant remained unclear. We aimed to provide robust estimates of Omicron severity relative to Delta…. Our analysis supports findings from other studies demonstrating lower risk of severe outcomes in Omicron-infected individuals relative to Delta.”

If India Is To Fight Corruption, the Focus Must Be on Dam Projects The Wire

What do US forces want to achieve in Syria? Deutsche Welle

The #Ukrainian military and government are repeating requests to avoid any reporting or forecasting of the Ukrainian counteroffensive, a measure that is essential if the counteroffensive includes feints or misdirections.https://t.co/rGIKSsh69W pic.twitter.com/sozSo5nUIN

No air cover, little fuel, ~ten-to-one inferiority in shellfire. So the Russians pull back the meat-grinder back a few kilometers, and let the Ukrainians throw themselves into it there?

Euros and the US. 😅
– via Pepe Escobar, Telegram pic.twitter.com/8lABewuDMy

Remembering Gorbachev Glibert Doctorow (ctlieee). “The [Soviet] economy was hopelessly mismanaged and the entire legacy of Soviet legislation rendered it virtually impossible to escape from violence or the threat of violence to make things work.” Totally unlike the Unied States….

The Real Student Debt Debate In The Long Run

Exclusive: Biden administration moves to streamline Medicaid, CHIP enrollment USA Today. New rule. But see at subhead: “Pandemic’s formal end complicates coverage” (nice spin with “formal,” BTW). “[B]etween 5 million and 14 million, according to a Kaiser Family Foundation estimate, could lose Medicaid as states start to unwind coverage when the Biden administration declares the COVID-19 public health emergency to be over… it’s unlikely the proposed rule would go into effect before the unwinding process begins, [Allison Orris, a senior fellow at the Center on Budget and Policy Priorities] said.”

Democrats can’t win until they recognize how bad Obama’s financial policies were (no paywall) Matt Stoller, WaPo. From 2017, and more true than ever. A must-read.

New Acquisitions: On the Wisdom of Noah Smith A Collection of Unmitigated Pedantry (LL).

What Are You Doing on Saturday Night? Staying Home to Watch ‘Svengoolie’ WSJ. The deck: “Cord-cutters get antennas to watch campy horror-movie anthology show on MeTV, led by a comedian in a top hat offering corny jokes from an upright coffin.” Yves writes: “Svengoolie dude Rich Koz is a commercial genius. Who has a cable franchise that is not just still operating after 40 years old but actually growing, and costs nothing to produce?” Koz often runs old B-movies with dinosaurs and monsters, many of them created by special effects wizard Ray Harryhausen, the subject of my brother Roy Webber’s book, The Dinosaur Films of Ray Harryhausen. (Roy was the first in our family to have a book published.) Whenever Koz runs a Harryhausen movie, he gives Roy a shout-out, and sometimes an interview!

So I’m in a meeting with my wife, and Jeffrey Epstein texts me….

The deaths of 17 medieval Jews: An incredible new genetics paper has just dropped: The earliest Jewish genomes and the story of where they are from and how they died is incredibly important, and central to the origin of contemporary antisemitic conspiracy hatred. 🧵

Commenters argue the case that medieval Norwich, England, was the epicenter for European anti-semitism. 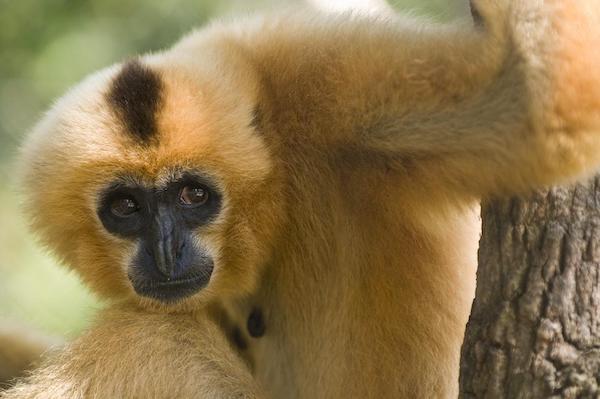