This is Naked Capitalism fundraising week. 575 donors have already invested in our efforts to combat corruption and predatory conduct, particularly in the financial realm. Please join us and participate via our donation page, which shows how to give via check, credit card, debit card, or PayPal. Read about why we’re doing this fundraiser, what we’ve accomplished in the last year,, and our current goal, rewarding our guest bloggers.

Farming, pandemics, and a conservation program aimed at enriching the Global North (PDF) Pandemic Research for the People

Yes, we can stop getting jabbed 💉 ! 3️⃣drops in each nostril should do.

Kudos to my former colleagues at Bharat Biotech. I am fortunate to be a part of their success. pic.twitter.com/Z8yccGWzfP

The dynamics of SARS-CoV-2 infectivity with changes in aerosol microenvironment PNAS. From the Abstract: “A decrease in infectivity to ∼10% of the starting value was observable for SARS-CoV-2 over 20 min, with a large proportion of the loss occurring within the first 5 min after aerosolization. The initial rate of infectivity loss was found to correlate with physical transformation of the equilibrating droplet; salts within the droplets crystallize at relative humidities (RHs) below 50%, leading to a near-instant loss of infectivity in 50 to 60% of the virus.” And on methods: “The reservoir of a droplet-on-demand dispenser (MicroFab) is filled with MEM 2% FBS. The application of a square waveform to the piezoelectric crystal results in a compression wave that passes through the dispenser’s orifice and initiates the formation of a jet that forms droplets of uniform size with each pulse.” I’ve gotta say, I’m a bit leery of this dispenser thingie because a 20-minute timeframe seems short, given the epidemiology we have. Do we have any aerosol scientists in the readership?

COVID-19 Medical Countermeasures and the Commercial Marketplace ASPR, HHS. The agency taking over emergency response from CDC. The Tweet:

Today @HHSgov convened over 100 partners to talk about how to transition #COVID vaccines and therapeutics from a federally managed system to the commercial marketplace in a thoughtful, well-coordinated manner that leaves no one behind. https://t.co/Yk9izQlg0G pic.twitter.com/gPTo7DIXzp

In a “thoughtful, well-coordinated manner that leaves no one behind,” what the marketplace will do, totally.

Next China: Millions Are Still Being Locked Down Because of Covid Bloomberg. “For President Xi Jinping, the only state leader in the world clinging to a Covid-Zero policy, the measures are justified because saving lives trumps everything else.” Wowsers, savage indictment! …. Meanwhile, the real story—

Protecting older people: a high priority during the COVID-19 pandemic The Lancet. “In a society that has embraced Confucianism for over 2000 years, Chinese people cherish filial piety as one of their fundamental values. Older people are usually regarded as the most prestigious members of a community. Therefore, Chinese people tend to accept older people’s choice of being unwilling to take vaccines, which include the COVID-19 vaccine. Additionally, many older people and their family members were not motivated to take vaccines because of the well controlled COVID-19 situation in China. These circumstances led to low vaccine coverage among older people at the early stage of the pandemic.”

Encouraging the elderly in China to receive COVID-19 vaccine is the next necessary step (accepted manuscript) Public Health. “There are two main reasons why the vaccination rate of the elderly in China has not yet reach optimal levels. Firstly, the elderly with underlying diseases often have safety concerns, such as the potential for serious side effects…. Secondly, the elderly have concerns regarding the effectiveness of the COVID-vaccine…. Recent studies have demonstrated reassuring findings to address the concerns of the elderly population regarding the COVID-vaccine. However, more combined efforts by healthcare workers, policy makers, and the media to encourage the uptake of COVID-vaccination in the elderly and other at-risk populations, such as those with autoimmune diseases and cancer, are urgently needed in order to restore ‘pre-pandemic life’.” Sounds like China has PMC; perhaps flapping studies at elders isn’t the best mode of persuasion?

China’s Zero-Covid Approach Explained NYT. “Zero Covid has been framed against the failures to control the virus in the West, particularly the United States, where more than one million people have died from the outbreak. China has reported just 5,226 deaths among its population of 1.4 billion.” Classic. See, it’s framing.

Soldier Defections Since the 2021 Military Coup Independent Journal of Burmese Scholarship (funding). Actually a ginormous special issue, but quoting from the article whose title I linked:

“As reflected in this issue’s memoirs, post-coup defections in Myanmar began largely as one-off individual departures from disparate military sectors. But as some who left the military began to go public, declaring their identification with the CDM and the people’s resistance, defection gradually developed into an explicit revolutionary strategy. Supported by pro-democracy activists and later by the NUG and EAOs like the Karen National Union (KNU), defection is now considered one of the three pillars of the Spring Revolution—a common term used for the people’s struggle against the military regime. Alongside civilian protests and armed resistance, the defection pillar centers on making the military collapse from within and from below, by getting more and more soldiers and other security force personnel, such as police, to leave or engage in civil disobedience.”

Interestingly, I don’t see this tactic listed on Gene Sharp’s 198 Methods, bible of color revolutions. (Sharp is both annoyingly precise (“Skywriting and earthwriting”) and maddeningly vague (“Establishing new social patterns”). I think if Sharp had this tactic in mind, it would be on his list.)

Devdutt Pattanaik on the 3,000-year-old Hindu ritual of feeding the dead Scroll.in

No model for change to Covid isolation rules The Saturday Paper. Australia. The deck: “The latest changes to Covid-19 rules – shortening isolation periods and removing some mask mandates – were made without any written advice and no modelling was provided to national cabinet.” Wait. I thought Scotty from Marketing got replaced by somebody completely different? 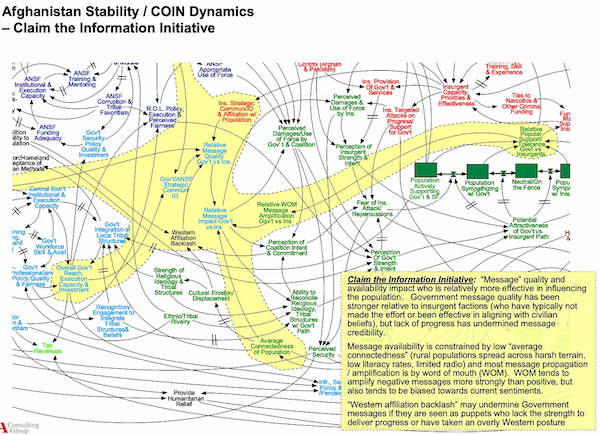 I hope they had the labels on a separate layer so they could swap in new stuff for Ukraine.

Brussels faces opposition to capping price only on Russian gas FT. Ursula van Leyden would cap US gas, according to Alex Christoforou. Somebody should give her a call.

How Europe Can Manage Without Russian Gas Project Syndicate

Giant nuclear power plant in Ukraine is at risk of ‘unlimited release’ of nuclear materials unless a safety zone is established, UN warns LiveScience. “Observers also experienced active shelling during the team’s visit to the plant.” Oh, come on. If the observers had concluded from the evidence of their senses that the shelling came from the East, you know they’d have said it was Riussia. They’re didn’t, so it’s Ukraine. Have the United States tell its client not to shell a nuclear plant, problem solved. Easy peasy.

Russian servicemen save life of Mattia Sorbi, Italian journalist injured by Ukrainian mine in Kherson region who covered operations from Ukraine side

🔹 On August 29, since the beginning of AFU's unsuccessful attempts to launch a counter-attack at Nikolayev-Krivoy Rog direction, pic.twitter.com/FCMAp6OapY

Does War in Ukraine Impact Vital US Interests? Russia Matters

What Happens to the British Monarchy Now? Teen Vogue. Rainbow:

A double rainbow appeared over Buckingham Palace as members of the public gathered outside to pay their respects to the Queen https://t.co/rdOt638xdy

Thousands Of Miles From Buckingham Palace, Queen Elizabeth II Will Always Be Remembered On One D.C. Street DCist

What can the world expect from King Charles III? CNN. Game of Thrones:

I don’t think many people realize how big a deal it is that Charlotte is ranked #3 ahead of her brother Louis at #4. For first time ever, they tossed out the gender bias of male before female sibling primogeniture succession. #QueenElizabethII #RoyalFamily https://t.co/wWdlR4FrvG pic.twitter.com/hVlHhwNi8l

Reliance On Dual-Use Technology Is a Trap War on the Rocks. Defense procurement.

What is to be done about the US death crisis? Policy Tensor

‘Stonks’ Aren’t the Only Reason Why Businesses Should Know Their Memes Bloomberg. The deck: “Know Your Meme, a leading online encyclopedia for memes, wants to turn its huge database into a profitable software tool for tracking internet trends.” A parallel to Wikipedia? See NC. Here is the metadata for the “stonks” entry, helpfully annotated: 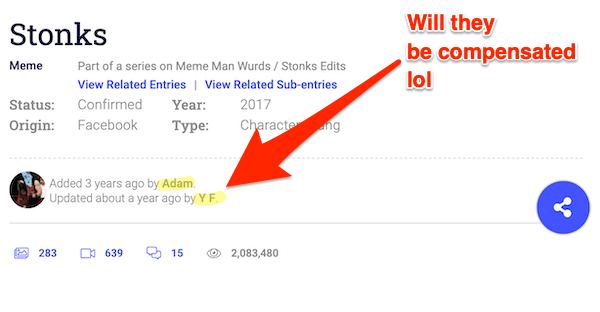 Digital nomads have rejected the office and now want to replace the nation state. But there is a darker side to this quest for global freedom The Conversation. I agree we all need Mr. Lee’s Greater Hong Kong. But a tiny fraction of the PMC lacks the clout.

It’s Time To Rethink the Origins of Pain Scientific American