Patient readers: One more cross-post while the Internet is out in the Third World country where Yves currently resides. I am to ask if UK readers, especially Colonel Smithers, agree with Murphy’s thesis. –lambert

A pile of commentators have appeared on this blog over the last day or so telling me that the interventions by the Bank of England in financial markets are in no way related to pension funds and do not benefit them. Many have been deleted for their tone. A few I have posted to make clear just how wrong they are.

Why are they wrong? Because they look at what the Bank is doing by buying gilts through a QE process and say that this does not directly help the funds. It does instead provide liquidity to conventional (and now index-linked) gilt markets. So, they claim that pension funds do not get direct help.

Why do I disagree with them? Because the crisis has been caused by illiquidity in markets caused by gilt sales by pension funds desperate to sell assets to cover calls for collateral cover.

What is the aim of the intervention? It is to take away the need for those urgent sales by funds at what are likely to be undervaluations.

Do the pension funds benefit as a result? Of course, they do. But it’s not direct, and so those criticising me say I have got it all wrong.

Which approach is more useful? That is the political economist, of course, because they answer the real questions in life. 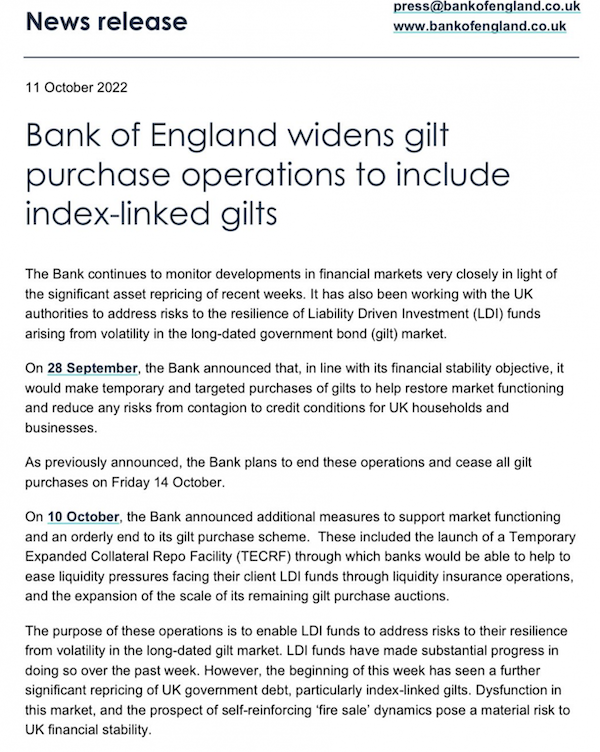 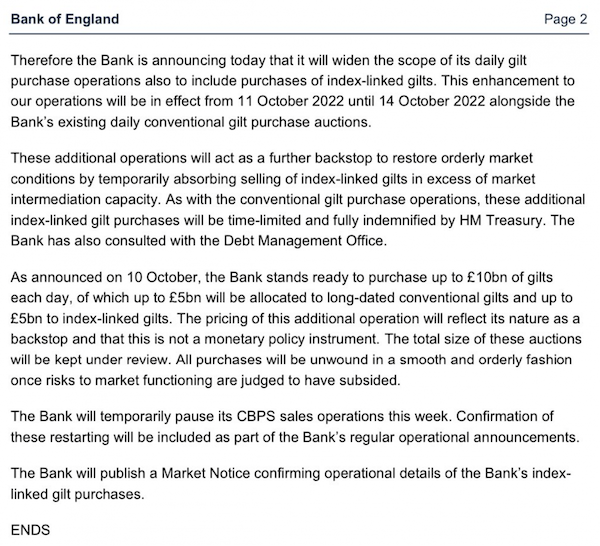 LDI activity is essentially only by pension funds.

Those seeking to make similar comments again today will be deleted.