Want To Fire Up the Dance Floor? Scientists Figure Out the Secret SciTechDaily

Uzbekistan: Where the Amu Darya goes to die Eurasianet

Is it the flu, RSV or COVID? Here’s the latest ‘tripledemic’ advice from Bay Area experts San Francisco Chronicle

How British intelligence weaponizes the Sunni clergy class The Cradle

Ukraine is a ‘Warm Up’ for Fighting China: Why the Head of America’s Nuclear Forces Just Warned of an Imminent ‘Very Long’ War  Military Watch Magazine

“While I still support Nazis, I will write a stern thread about my disappointment in their uniform accessories”… https://t.co/RzsA5nDCDo

(VIDEO) Thousands of people take to the streets in the German capital Berlin to protest soaring energy prices and rising cost of living pic.twitter.com/RR7jQSTHxp

Who Can Prevent a New War in the South Caucasus? EVN Report

Democrats Clinch Nevada, the Senate, and a Chance to Be Free From Joe Manchin Rolling Stone Will they hold auditions for the next Joe Manchin?

The Real Reason for Dems Rust Belt Revival The Lever

This is the U.S. Navy’s Answer to China’s Type 055 Destroyers: They Cost 340% as Much and Will Be Ready 15 Years Later Military Watch Magazine

More teenagers dying from fentanyl. ‘It has a hold on me, and I don’t know why’ LA Times

‘They completely f–ked up’: How the GOP lost its grip on the Senate majority Politico

NEW YORK DEMOCRATIC PARTY CHAIR TAKES NO RESPONSIBILITY FOR ELECTIONS. SO WHAT DOES HE DO? The Intercept

Here is the article in which Harvard profs call for greatest expansion of militarized police surveillance bureaucracy in Western history. Below I discuss the flagrant ethical and intellectual problems and how elite academia can be so dangerous. https://t.co/Cq1fFCdWR2

A leading sanitation company in America had over 30 children ages 13 to 17 years old working graveyard shifts in hazardous occupations at slaughterhouses across states like Nebraska and Minnesota. Packers Sanitation Services is owned by the private equity firm Blackstone.

It’s so weird that CFTC Commissioner Caroline Pham has deleted this tweet (along with every other chummy reference to FTX, apparently).

Meanwhile, somewhere a small RIA is being referred to Enforcement for not captioning an S&P500 chart as non-investable.#BITFD pic.twitter.com/X0zwF7vAI5

🍿🥤 Watch the clip 🤯 So much here. And don't forget his $40mil to help 🥷 Biden get shoehorned into office. pic.twitter.com/SFJzyDUeir

Tony Blair and Bill Clinton on the same stage (and SBF.) You don’t see that very often these days, eh? pic.twitter.com/Vt5pn6egHn

Nailed It: Amazon Becomes the First Company Ever to Lose $1 Trillion in Stock Value Gizmodo 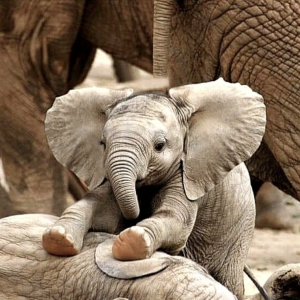