What time is the Blood Moon total lunar eclipse on Nov. 8? Space. On election day….

Reasons Are Adding Up for Optimism on Inflation John Authers, Bloomberg

Brazil, Indonesia and DRC in talks to form ‘Opec of rainforests’ Guardian

Sea Level Rise Revisited (video) Mark H. Shapiro, YouTube. Shapiro: “I provide evidence that the rate of mean sea-level rise has been increasing in the last two decades, and I also show how much sea-level rise is impacting shore locations on the U.S. east-, gulf- and west coasts.”

A Nuclear Renaissance? The New Atlantis

One of Our Most Beloved Environmental Writers Has Taken a Surprising Turn Slate. Wendell Berry.

The Preppers Were Right All Along Bloomberg (Furzy Mouse).

Covid-19 is a leading cause of death in children and young people ages 0-19 years in the United States (preprint) medRxiv. From the Abstract: “Using publicly available data from CDC WONDER on NCHS’s 113 Selected Causes of Death, and comparing to mortality in 2019, the immediate pre-pandemic period, we find that Covid-19 mortality is among the 10 leading causes of death in CYP [Children and Young People] aged 0-19 years in the US, ranking 8th among all causes of deaths, 5th in disease-related causes of deaths (excluding accidents, assault and suicide), and 1st in deaths caused by infectious or respiratory diseases. Covid-19 deaths constitute 2.3% of the 10 leading causes of death in this age group. Covid-19 caused substantially more deaths in CYP than major vaccine-preventable diseases did historically in the period before vaccines became available. Various factors including underreporting and Covid-19’s role as a contributing cause of death from other diseases mean that our estimates may understate the true mortality burden of Covid-19.

So what is this ‘immunity debt’ concept?

Claims that lack of exposure to infections weakened children's immune systems, causing them to have severe infections.

There is no evidence that this is real.
(2/8) pic.twitter.com/U3Wb2KANk6

Fauci says U.S. is at a ‘crossroads’ as COVID kills 2,600 a week and new Omicron variants bloom with winter coming soon Fortune

Doctors say masking can help stop the spread of RSV WBRC. I’ve got strong priors here, but CDC’s obfuscatory “respiratory droplets” — the phrase CDC uses because the words “airborne” and “aerosol” stick in the throats of entrenched droplet dogmatists — appears in the text, so I immediately think RSV spreads not just from coughing and sneezing, but also breathing, talking, singing, shouting, etc.

We had plexiglass barriers, but in China:

In bankrupt Lebanon, locals mine bitcoin and buy groceries with tether, as $1 is now worth 15 cents CNBC

Thirteen days in October – how central bank balance sheets can support monetary and financial stability Andrew Hauser, Bank of International Settlements. Hauser is Executive Director for Markets of the Bank of England.

Europe Must Protect Its Electricity Market From Putin Bloomberg

To End the Russia-Ukraine War, Shut Up About Negotiations WSJ. The last sentence: “A last thought: If the war is still ongoing by the 2024 election, whether or not Donald Trump is the GOP candidate, expect the U.S. intelligence establishment for the third time in a row to play an oversized role in our presidential election, mostly for ill.” “Outsized” in comparison to what? 2016? 2020?

Nation-Building in Ukraine The American Conservative

When #russians shell our energy infrastructure, we switch to diesel locos and #KeepRunning. We always have “plan b”. Was checking today “plan b” for diesel locos – steam locos.🧵 pic.twitter.com/JxRvIx769Q

But notice the width of the rails:

But then it runs on. pic.twitter.com/3cFlR8egHE

It’s a tourist railway line… Looks like symbol manipulation to me, though of course it could be Urkrainian irony, said to be rich.

Despite tensions, Russia is shipping a giant magnet to France for a nuclear fusion project EuroNews

Four Reasons Why The U.S. Is Grappling With A Diesel Shortage OilPrice.com

Thousands Have Joined Mastodon Since Twitter Changed Hands. Its Founder Has a Vision for Democratizing Social Media Time. Thousands!

Is Twitter’s ‘blue tick’ a status symbol or ID badge? And what will happen if anyone can buy one? The Conversation. Before Mush, you only got a Blue Check if you’re “Notable” (see NC here). That’s status.

The World That Twitter Made The Scholar’s Stage. From 2020, still germane. Commentary:

We should start a new social network which will just be a copy of Decretum Gratiani, a systematic collection of canon law. We write our posts as interlinear glosses and marginalia and send it to each other to make own copies in the Decretverse.

The Worst Pediatric-Care Crisis in Decades The Atlantic

The Politicians Who Destroyed Our Democracy Want Us to Vote for Them To Save It Chris Hedges, ScheerPost 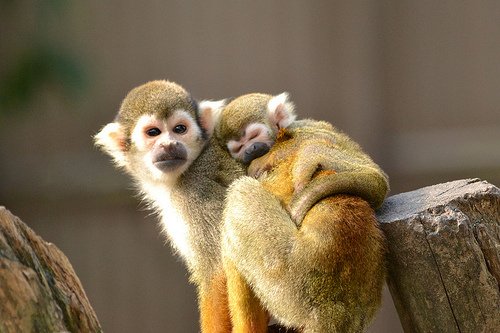