Yves here. In our experiments with optimizing animals and vegetables for certain preferred characteristics, too often there are unanticipated costs. Specialized strains of corn are less robust than “wilder” versions, showing bigger output losses in less than ideal weather conditions and more vulnerability to pests. Many dog breeds have breeding-produced health problems, ranging from a propensity to bad hips in Labs to pugs that can barely breathe. In humans, the natural experiment of the Black Death led to a propensity toward sturdier immune systems…..along with greater incidence of autoimmune diseases.

In late 2018, a mother in China delivered a set of twin girls known to the world as Lulu and Nana. The birth itself was seemingly uneventful — the girls “came crying into the world as healthy as any other babies,” Chinese researcher He Jiankui reported at the time. What was disruptive was the manner in which the babies were created. When they were still embryos, He said he modifiedthe twins’ DNA with Crispr editing tools to give them genetic resistance to HIV, the virus that causes AIDS, as the babies’ father was HIV-positive.

The experiment didn’t go as planned; HIV resistance genes never showed up properly in the girls’ cells, and the attempted edit caused other unexpected genetic changes. Yet He’s risky — and illegal — gambit shows how eugenics, the quest to improve the human race through selective breeding and more invasive measures, continues to emerge in new forms. In “Control: The Dark History and Troubling Present of Eugenics,’’ geneticist and University College London researcher Adam Rutherford reckons with the millennia-long history of such engineered attempts to perfect humanity — and how that checkered past ought to shape our present scientific outlook. “To know this history,” he writes, “is to inoculate ourselves against its being repeated.” 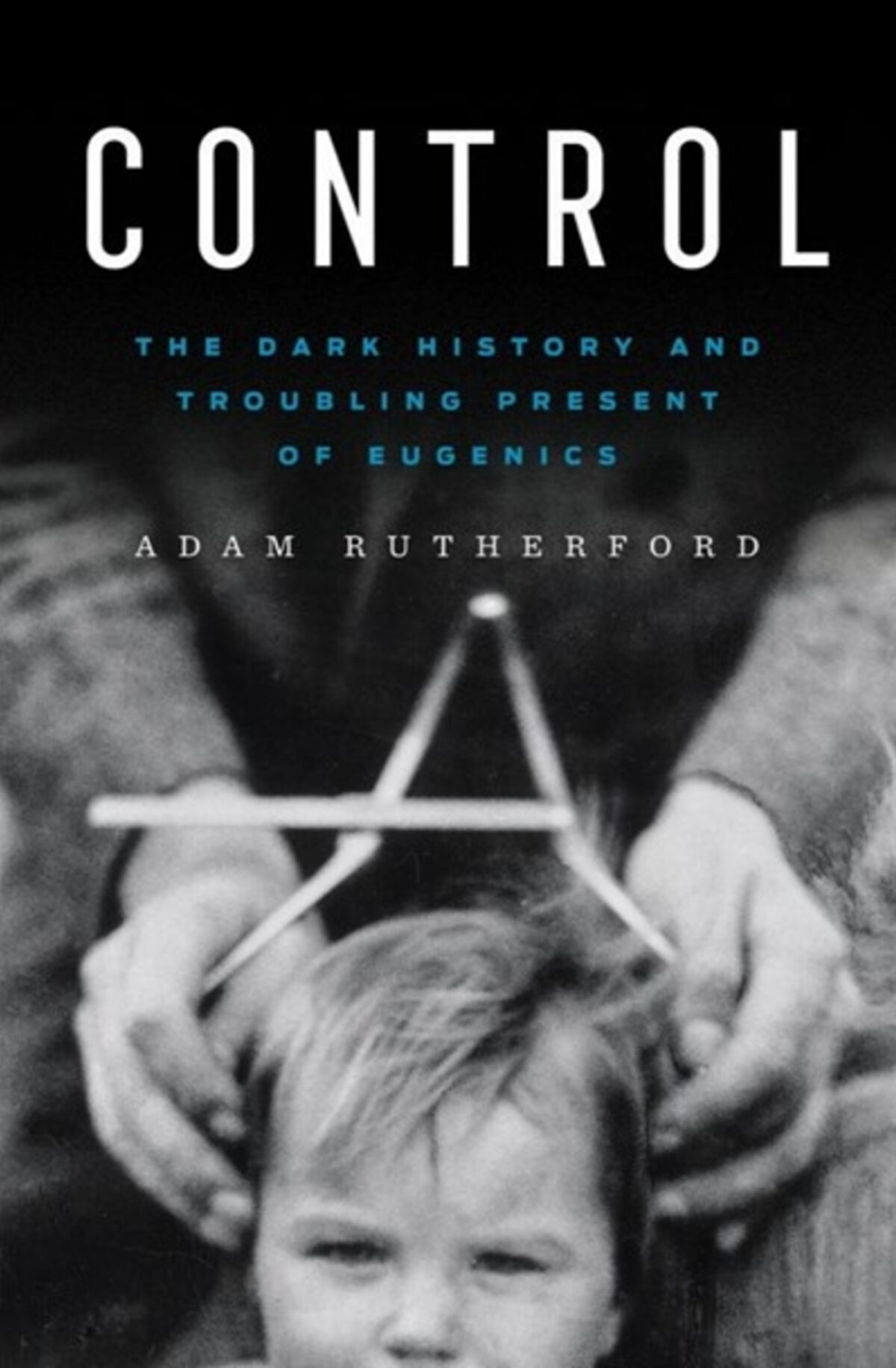 Part of the seduction of eugenics, Rutherford argues, is that it stems from the seemingly worthy goal of bettering our lot. Eugenics’ Greek root words mean “good birth,” and its practice was presumed to advance the common welfare and, at times, was widely encouraged. “Until the Second World War,” Rutherford writes, “eugenics was a beacon of light for many countries striving to be better, healthier, and stronger.”

Most people are familiar with the grim apotheosis of eugenics, when the Nazi regime labeled hundreds of thousands of disabled and other supposedly undesirable individuals “Lebensunwertes Leben” (life unworthy of life) and killed them in gas chambers — all in the interest of strengthening the so-called Aryan race. Yet Rutherford reveals how eugenic ideas thrived for thousands of years before Nazi doctors’ murder campaigns. In “The Republic,” Plato proposed a utopian society in which all human breeding would be strictly controlled to yield best results. The British polymath Francis Galton, who coined the term “eugenics,” promoted Plato’s vision further in the Victorian era, calling for population control methods like keeping those he saw as unfit from reproducing. By “preventing the more faulty members of the flock from breeding,” Galton wrote, “a race of gifted men might be obtained.”

In outlining eugenics’ under-explored history, Rutherford tips over some longstanding sacred cows. He traces the eugenic lineage of IQ tests still widely administered today — tests which, less than a hundred years ago, were used to mark out “feebleminded” people for sterilization. And while Charles Darwin has been cleared of direct involvement in the Social Darwinism movement, which proclaims the biological superiority of powerful people, Rutherford notes that Darwin still held views close to his half-cousin Galton’s. “The weak members of civilized societies propagate their kind,” Darwin wrote in “The Descent of Man.” No one “will doubt that this must be highly injurious to the race of man.”

Darwin was hardly alone in his views: Teddy Roosevelt was an avid eugenics supporter, as was Winston Churchill.

As he moves closer to the present, Rutherford draws on his genetics expertise to convince readers that the concept is intellectually bankrupt. What feels freshest is his contention that eugenics is impossible to do effectively, at least at our current level of scientific advancement. A trait like intelligence, he explains, isn’t controlled by one gene or even several. It’s a product of complex interactions between hundreds of different genes, and even that is just the start: Only half of the intelligence variation between members of a population is thought to be of genetic origin, leaving ample room for other influences. “Your genome is a script,” Rutherford writes, “but the film of your life is played out in the countless forces that determine how that script is performed. Nature was never versus nurture; it is and always was via.”

That means, he concludes, that efforts to engineer human flourishing — whether through gene editing or brute-force population control — are little better than shots in the dark. “Eugenics is a busted flush, a pseudoscience that cannot deliver on its promise,” he writes. “Maybe that will change in time, as we anatomize our genomes ever more precisely.”

Still, there’s something disquieting about Rutherford’s claim that eugenics is suspect partly because it hasn’t yet panned out. That seems to imply that if it only worked well enough, a case could be made for it: that if we could bump each unborn baby’s IQ up by 10 or 20 points, with no attendant ill effects, it might be okay to do so. In theory, such optimized babies could turn out to have easier, more stress-free lives. But making that the objective would ignore the well-documented meaning people find in navigating natural strengths and weaknesses, as well as the resilience they gain in the process.

At times, Rutherford also lets us all off the hook too easily. He attempts to draw a bright line between eugenics and genetic testing that informs reproductive decisions, stating that he doesn’t see elective abortion of Down syndrome fetuses as eugenic. What his thorough history actually suggests, though, is that no such bright line can be drawn. Whether we call it eugenics or not, we continue to essentialize human value: To make judgments about which lives are more worthy or perfectible than others, and to use science to guide those decisions.

By telling stories like Lulu and Nana’s, Rutherford stresses how we’ve never given up trying to control humans’ biological future. But — perhaps because his primary expertise is in genetics — he sidesteps deeper philosophical inquiries into when, if at all, such meddling is justified. At a time when we hear clear echoes of Galton in calls to modify certain genetic traits with Crispr, those philosophical inquiries are sorely needed.

“We all want our kin, our tribe, our friends and compatriots to succeed in their endeavors, in their pursuit of life, liberty, and happiness,” Rutherford writes. “But what are we willing to do to ensure it?” While “Control” doesn’t supply clear guidance on how to answer that question, it continues to be one well worth asking.