Below we have some charts that depict in various ways how fraught the debt markets and sentiment are. Some indicate that conditions are worse than in August, others are less grim.

Now consider this same Libor Versus Treasuries over a longer time horizon: 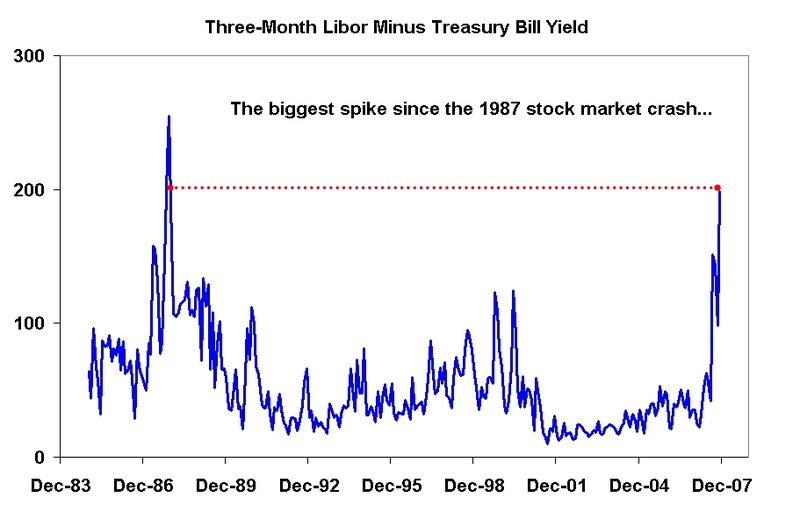 Both charts use Treasuries of the same maturity as the three-month Libor; the failure of the September to November dip to show on the second chart may be due to the compression.

Ratio of US Commercial Bank Loans and Leases to Deposits 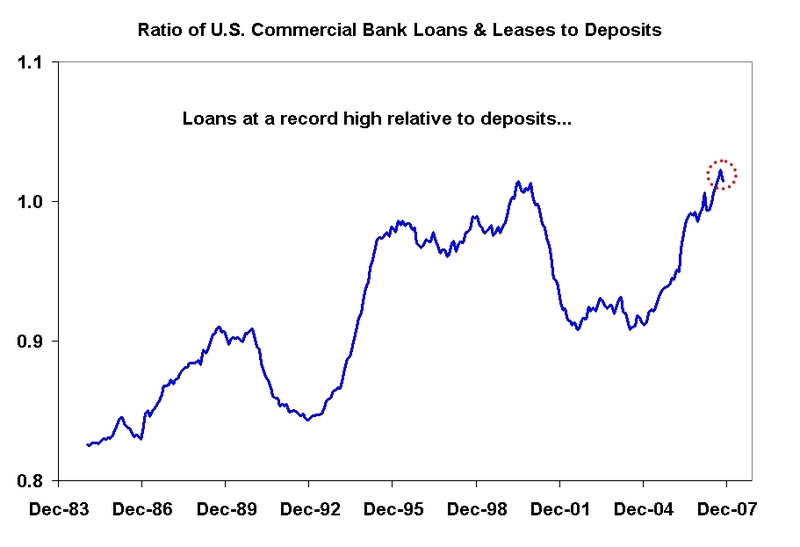 Price History of US Recession 08 Contract at Intrade: