Is divorce bad for the parents? PhysOrg

The case for invading Myanmar Asia Times, Mirable dictu. The Asia Times, which is is pretty unsparing in taking the US to task, is calling for a US foray into Mynanmar. This would be a “humanitarian intervention” but I wonder what the subtext is. Does this mean they don’t trust the locals (China, India. Thailand etc.) to do in with UN coordination and blessing?

When to ‘have a go’ Willem Buiter

Oil Nonbubble, Paul Krugman, New York Times. Krugman argues (as he has on his blog) that the lack of inventory buildup means that there is no oil bubble. The problem I have with that argument is we cannot be certain of the supposed lack of inventory increases. The New York Times, in a recent story on the runup in agricultural commodity prices, discussed how some farmers who cannot sell to elevator companies and are frustrated with the ways the options and futures markets are misbehaving are doing deals outside the exchanges, directly with sponsors of commodity funds such as AIG. AIG, which runs commodity index funds, buys the commodity, the farmer stores it for a fee, and the farmer buys it back later at a pre-set price. Again, does the inventory held with the farmer by a commodity index fund get recorded anywhere? And note further (if the author got it right): commodity funds are not supposed to buy commodities. But AIG, the fund manager, apparently did. If this is somehow to AIG’s advantage (certain) it’s a no-brainer that Goldman, which manages about 60% of the GCSI funds, is doing similar moves on a greater scale. And if private deals of the sort depicted in the article aren’t recorded, we could indeed have more inventory that is widely recognized. (And remember, even if inventories are actually growing, bubbles can go a very long time before they burst).

Bottom line: more deals are being done OTC, and physical trades related to them may not be fully captured. Anyone with knowledge is encouraged to comment. 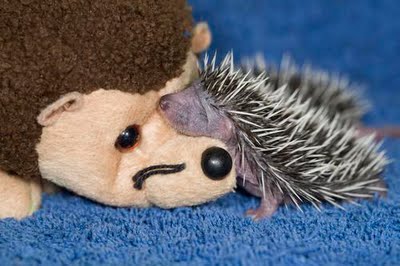