Will Cockroaches Inherit the Earth? Slate

Hotel Vacancies Rising Calculated Risk. New York City, of course, is supposed to be immune, which simply means it will show up here a tad later than elsewhere.

Federal Reserve, Tend to Your Own House David Merkel. I agree completely.

Has Fossil Fuel Consumption Within the EU Peaked? The Oil Drum

Wachovia Hires a Treasury Insider to Lift It Out of Its Banking Woes New York Times. Why am I reminded of the selection of Frank Newman, who had been at the Treasury prior to becoming a bank CEO, in this case Bankers Trust after it was sued by Proctor & Gamble over its derivatives sales practices? To put it mildly, Newman’s tenure was less than a rousing success. 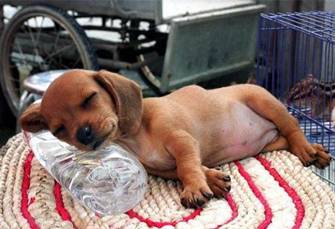