McCain camp prays for Palin wedding Times Online. If anyone cares, the electorate is even stupider than my worst fears.

Wall Street Executives Made $3 Billion Before Crisis Bloomberg. The one consolation is Hank Greenberg may have lost that much on his AIG stock.

Bailout failure ‘will cause US crash’ Telegraph (hat tip reader Dwight). US stocks fall 1/3 in a week? If that happened, even I’d be a buyer, The 1987 crash showed that sharp declines lead to surprisingly quick recoveries by bear market standards.

Maybe Short-Selling Isn’t So Bad, After All Mark Hulbert, New York Times. A round-up of research.

Thanks for the Duration, But is it Time to Say Goodbye? Vineer Bhansali Pimco. Pimco on the Treasury bubble, although they are too politically correct to call it that.

Antidote du jour (no animals were hurt in the creation of this image): 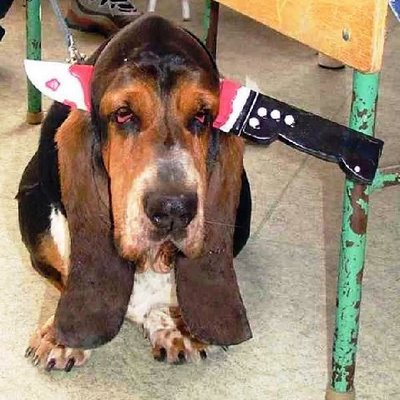