Coral springs back from tsunami BBC

One World, Many Minds: Intelligence in the Animal Kingdom Scientific American

Disagreeing With Martin Feldstein on Defense Spending Stan Collander (hat tip Mark Thoma). A paragraph-by-paragraph refutation of a WSJ op-ed that argued for even more DoD feeding at the trough.

I Am Shocked That You’re Shocked…!! Cassandra. More on Madoff from someone who was skeptical early on.

Aggregate Demand and Finance and the Collapse in Trade Menzie Chinn, Econbrowser

GMAC Gets $6 Billion From Treasury to Help Revive Auto Lending Bloomberg. And this with the fate of the debt swap “unresolved” meaning management did not get the votes (which as Felix Salmon points out, means the refusniks did very well indeed). So the bondholders won’t take a haircut even to enable GMAC to become a bank, Cerberus is missing in action, and the Treasury stumps up with a $5 billion equity stake and $1 billion in loans. Charming. There was not doubt good reason they chose to announce it this week. And Mish has a nefarious theory.

First two installments of a series at the Washington Post on AIG: The Beautiful Machine and A Crack in The System. 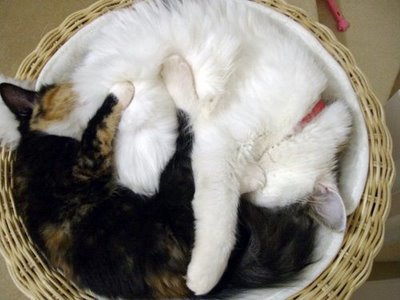