You get a long list of links because I found interesting stuff, but none of it really suited to further commentary by yours truly.

Life after the apocalypse Guardian

Shire horses on the ‘brink of extinction’ experts warn Telegraph

Japan faces up to the prospect of ‘peak fish’ Financial Times

Read Dean, Areddy and Ng on the management of China’s reserves during the crisis Brad Setser. Brad gives the economics take, while China slams U.S. profligacy by Ed Harrison focuses on the political theater (we had noted earlier that while Americans assumed Asia would be pragmatic, commentators were warning that they were much more likely to view the situation as a morality tale and act accordingly).

A Letter to the Comptroller of the Currency American Society of Appraisers (hat tip reader Scott) As he reads it, and this seems correct to me, bank regulators are trying to eliminate requirements for written appraisals in connections with cramdowns and refinancings on government backed loans, which are now the bulk of the market.

I Just Don’t Get It Roger Ehrenberg. A man after my own heart

Messing around with credit Models and Agents. A good critique of the “let’s help housing by making mortgage yields artificially low” plan. 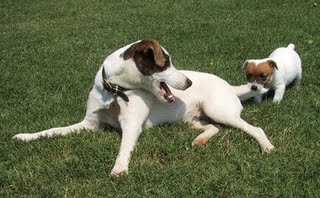