The New York Times Sunday Magazine has a long piece by Joe Nocera on value at risk models, which tries to assess how much they can be held accountable for risk management failures on Wall Street.

The piece so badly misses the basics about VaR that it is hard to take it seriously, although many no doubt will.

The article mentions that VaR models (along with a lot of other risk measurement tools, such as the Black-Scholes options pricing model) assumes that asset prices follow a “normal” distribution, or the classical bell curve. That sort of distribution is also known as Gaussian.

But it is well known that financial assets do not exhibit normal distributions. And NO WHERE, not once, does the article mention this fundamentally important fact.

The distribution of prices in financial markets are subject to both “skewness” and “kurtosis”. Skewness means results are not symmetrical around the mean:

Stocks and bonds are subject to negative skewness (longer tails of negative outcomes) while commodities exhibit positive skewness (and that factor, in addition to their low correlation with financial asset returns, makes them a useful addition to a model portfolio). 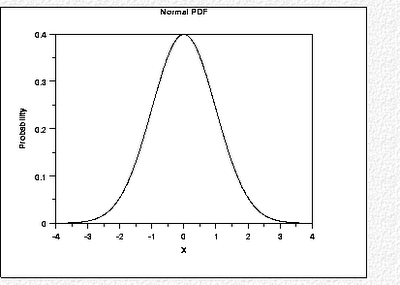 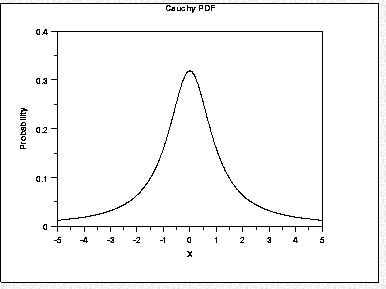 Now when I say it is well known that trading markets do not exhibit Gaussian distributions, I mean it is REALLY well known. At around the time when the ideas of financial economists were being developed and taking hold (and key to their work was the idea that security prices were normally distributed), mathematician Benoit Mandelbrot learned that cotton had an unusually long price history (100 years of daily prices). Mandelbrot cut the data, and no matter what time period one used, the results were NOT normally distributed. His findings were initially pooh-poohed, but they have been confirmed repeatedly. Yet the math on which risk management and portfolio construction rests assumes a normal distribution!

Let us turn the mike over to the Financial Times’ John Dizard:

As is customary, the risk managers were well-prepared for the previous war. For 20 years numerate investors have been complaining about measurements of portfolio risk that use the Gaussian distribution, or bell curve. Every four or five years, they are told, their portfolios suffer from a once-in-50-years event. Something is off here.

Models based on the Gaussian distribution are a pretty good way of managing day-to-day trading positions since, from one day to the next, risks will tend to be normally distributed. Also, they give a simple, one-number measure of risk, which makes it easier for the traders’ managers to make decisions.

The “tails risk” ….becomes significant over longer periods of time. Traders who maintain good liquidity and fast reaction times can handle tails risk….Everyone has known, or should have known, this for a long time. There are terabytes of professional journal articles on how to measure and deal with tails risk….

A once-in-10-years-comet- wiping-out-the-dinosaurs disaster is a problem for the investor, not the manager-mammal who collects his compensation annually, in cash, thank you. He has what they call a “résumé put”, not a term you will find in offering memoranda, and nine years of bonuses….

All this makes life easy for the financial journalist, since once you’ve been through one cycle, you can just dust off your old commentary.

But Nocera makes NO mention, zero, zip, nada, of how the models misrepresent the nature of risk. He does use the expressoins “kurtosis” and “fat tails” but does not explain what they mean. He merely tells us that VaR measures the risk of what happens 99% of the time, and what happens in that remaining 1% could be catastrophic. That in fact understates the flaws of VaR. The 99% measurement is inaccurate too.

Reliance on VaR and other tools based on the assumption of normal distributions leads to grotesque under-estimation of risk. As Paul De Grauwe, Leonardo Iania, and Pablo Rovira Kaltwasser pointed out in “How Abnormal Was the Stock Market in October 2008?“:

We selected the six largest daily percentage changes in the Dow Jones Industrial Average during October, and asked the question of how frequent these changes occur assuming that, as is commonly done in finance models, these events are normally distributed. The results are truly astonishing. There were two daily changes of more than 10% during the month. With a standard deviation of daily changes of 1.032% (computed over the period 1971-2008) movements of such a magnitude can occur only once every 73 to 603 trillion billion years. Since our universe, according to most physicists, exists a mere 20 billion years we, finance theorists, would have had to wait for another trillion universes before one such change could be observed. Yet it happened twice during the same month. A truly miraculous event. The other four changes during the same month of October have a somewhat higher frequency, but surely we did not expect these to happen in our lifetimes.

Thus, Nocera’s failure to do even a basic job of explaining the fundamental flaws in the construct of VaR renders the article grossly misleading. Yes, he mentions that VaR models were often based on a mere two years of data. That alone is shocking but is treated in an off-hand manner (as if it was OK because VaR was supposedly used for short term measurements. Well, that just isn’t true. That is not how regulators use it, nor, per Dizard, investors). Indeed the piece argues that the problem with VaR was not looking at historical data over a sufficiently long period:

This was one of Alan Greenspan’s primary excuses when he made his mea culpa for the financial crisis before Congress a few months ago. After pointing out that a Nobel Prize had been awarded for work that led to some of the theories behind derivative pricing and risk management, he said: “The whole intellectual edifice, however, collapsed in the summer of last year because the data input into the risk-management models generally covered only the past two decades, a period of euphoria. Had instead the models been fitted more appropriately to historic periods of stress, capital requirements would have been much higher and the financial world would be in far better shape today, in my judgment.” Well, yes. That was also the point Taleb was making in his lecture when he referred to what he called future-blindness. People tend not to be able to anticipate a future they have never personally experienced.

Again, just plain wrong. Use of financial data series over long periods of time, as we said above, have repeatedly confirmed what Mandelbrot said: the risks are simply not normally distributed. More data will not fix this intrinsic failing.

By neglecting to expose this basic issue, the piece comes off as duelling experts, and with the noisiest critic of VaR, Nassim Nicolas Taleb, dismissive and not prone to explanation, the defenders get far more air time and come off sounding far more reasonable.

It similarly does not occur to Nocera to question the “one size fits all” approach to VaR. The same normal distribution is assumed for all asset types, when as we noted earlier, different types of investments exhibit different types of skewness. The fact that VaR allows for comparisons across investment types via force-fitting gets nary a mention.

He also fails to plumb the idea that reducing as complicated a matter as risk management of internationally-traded multii-assets to a single metric is just plain dopey. No single construct can be adequate. Accordingly, large firms rely on multiple tools, although Nocera never mentions them. However, the group that does rely unduly on VaR as a proxy for risk is financial regulators. I have been told that banks would rather make less use of VaR, but its popularity among central bankers and other overseers means that firms need to keep it as a central metric.

Similarly, false confidence in VaR has meant that it has become a crutch. Rather than attempting to develop sufficient competence to enable them to have a better understanding of the issues and techniques involved in risk management and measurement (which would clearly require some staffers to have high-level math skills), regulators instead take false comfort in a single number that greatly understates the risk they should be most worried about, that of a major blow-up.

Even though some early readers have made positive noises about Nocera’s recounting of the history of VaR, I see enough glitches to raise serious questions. For instance:

L.T.C.M.’s collapse would seem to make a pretty good case for Taleb’s theories. What brought the firm down was a black swan it never saw coming: the twin financial crises in Asia and Russia. Indeed, so sure were the firm’s partners that the market would revert to “normal” — which is what their model insisted would happen — that they continued to take on exposures that would destroy the firm as the crisis worsened, according to Roger Lowenstein’s account of the debacle, “When Genius Failed.” Oh, and another thing: among the risk models the firm relied on was VaR.

I am a big fan of Lowenstein’s book, and this passage fails to represent it or the collapse of LTCM accurately. Lowenstein makes clear that after LTCM’s initial, spectacular success, the firm stated trading in markets where it lacked the data to do the sort of risk modeling that had been its hallmark. It was basically punting on a massive scale and thus deviating considerably from what had been its historical approach. In addition, the firm was taking very large positions in a lot of markets, yet was making NO allowance for liquidity risk (not overall market liquidity, but more basic ongoing trading liquidity, that is, the size of its positions relative to normal trading volumes). In other words, there was no way it could exit most of its positions without having a price impact (both directly, via the scale of its selling, and indirectly, by traders realizing that the big kahuna LTCM wanted out and taking advantage of its need to unload). That is a Trading 101 sort of mistake, yet LTCM perpetrated it in breathtakingly cavalier fashion.

Thus the point that Nocera asserts, that the LTCM debacle should have damaged VaR but didn’t, reveals a lack of understanding of that episode. LTCM had managed to maintain the image of having sophisticated risk management up to the point of its failure, but it violated its own playbook and completely ignored position size versus normal trading liquidity. Anyone involved in the debacle and unwind (and the Fed and all the big Wall Street houses were) would not see the LTCM failure as related to VaR. There were bigger, far more immediate causes.

So Nocera, by failing to dig deeply enough, winds up defending a failed orthodoxy. I suspect we are going to see a lot of that sort of thing in 2009.