Slaughter of the seals in Russia is stopped by Vladimir Putin Times Online. So Putin can save cute seals, but Team Obama won’t save wolves (note the issue is that the population has to be much larger to have the needed genetic diversity, and a judge last year made a preliminary ruling supporting that view. And wolves, as alpha predators, keep the number of coyotes down, so the result of more wolves, contrary to public opinion, is not necessarily a net negative to livestock. Coyotes are quite effective at killing baby sheep and cattle).

Ratings Agencies to Cash in on the TALF 1440 Wall Street

Banks warned on commercial property ‘black hole’ Financial Times. Get this: the head of Apollo Management, Leon Black, has a more dire forecast for US bank losses than Nouriel Roubini, if memory serves me correct. Roubini is calling for global losses of $3.6 trillion, roughly half in the US. Black is now saying the additional cost of fixing US banks could be as much as $2 trillion.

IMF criticises US stability plan Financial Times. Now I do think it is official, that Geithner’s days are numbered. It’s one thing for Republicans to be on his case, quite another for the IMF. I can’t recall an instance of it going after a Treasury Secretary.

Northern Rock Made Risky Loans After Brown Rescue, Auditor Says Bloomberg. This is why rescues are bad ideas. No private investor would put a lot of dough in a troubled company without management changes and decent oversight. The bank has the incentive and the personnel still in place to go out and do the same stupid things it did to get itself in trouble all over again. 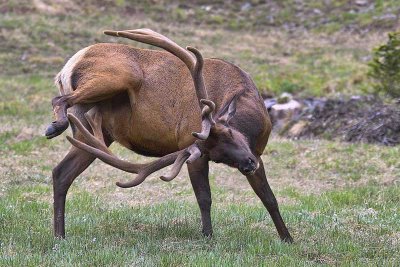