Geithner Wants New Rules to Check Risks and AIG Fights a Fire at Its Paris Unit, Wall Street Journal. Read these two in sequence. Have you heard Geithner say word one about imposing restrictions on them? The AIG terms may have been non-standard, but a regulatory takeover would trigger a default on CDS written on a firm, and apparently also on CDS written BY a firm. So either he hasn’t done his homework or, as we said before, the receivership proposal is a sham. Take your pick.

…despite murderous tendencies in the captive species, two newborn clouded leopard cubs were found alive, well and squealing at the National Zoo’s Conservation and Research Center in Front Royal, Va.

They were taken immediately from their gorgeous mother before she could do them harm, or do them in, placed in an incubator set at 88 degrees and fed salt water from baby bottles. Born with dappled, reptile-pattern fur, they were the first such births at the zoo in 16 years. 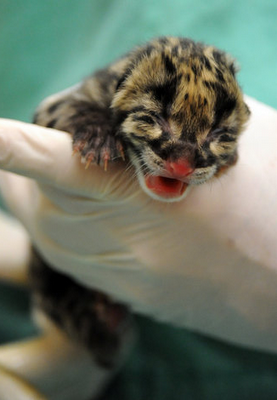 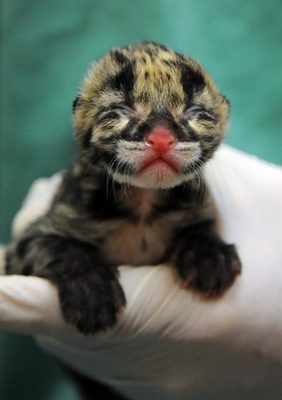 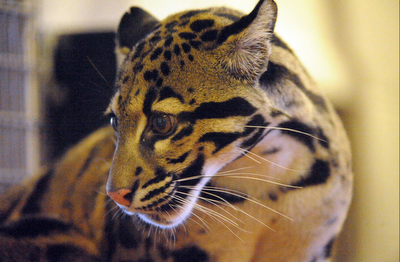