How the Fund can help save the world economy Ted Truman, Financial Times

Undisclosed Losses at Merrill Lynch Lead to a Trading Inquiry New York Times. This bears out a theory of Michael Lewis’, that the top executives at the big Wall Street firms really do not understand what is going on in the trading operations.

Also, please consider making a donation to the folks at ML Implode-o-Meter, who are defending a lawsuit launched by one of the companies in the seller-funded-downpayment-assistance business, trying to squelch ML’s coverage of the dubious practices in this area. It’s proof of a sort of the growing influence of blogs, but nevertheless, defending a suit costs real money. Read the background and how to help here.

Antidote du jour. The first is a newborn baby lemur in France, one of only 17 Madascar lemurs living in captivity (hat tip reader Timothy). The second is in response to a request from doc holiday (not exactly on target, but I hope close enough for now). I am afraid I do not have a spider yet for MyLessThanPrimeBeef, but this link from Warren might do in the meantime. 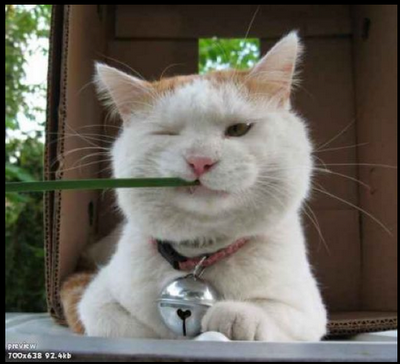