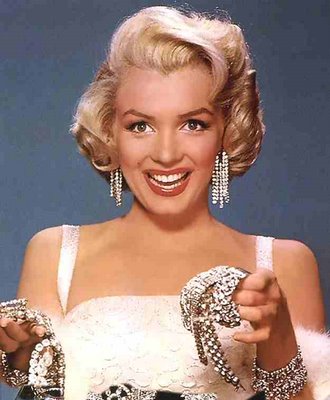 Simon Reid of the Independent writes on why pensions are a girl’s best friend:

Shocking figures from the Prudential published this week reveal that women retiring this year will end up with annual pensions worth around one-third less than men. Women will get an average pension of just £13,671 – while the average man’s annual pension will be £20,313. The £6,642 pension gender gap is because women are more likely to give up work to care for children or relatives, the Pru said.

Of course, the fact that women’s wages are still considerably lower than men’s is a big factor. The Office of National Statistics reports that the gap is as high as 17 per cent – a scandal in itself. On top of that, only around one-third of women currently retiring have built up an entitlement to a full state pension in their own right. For men, the figure is 85 per cent.

About 2.8 million women in the UK are due to retire this year. I suspect many will look at their meagre pension expectations and decide to work on for a few extra years to boost their retirement income. Few will choose – like the actress Helen Mirren, now three years past the current woman’s retirement age of 60 – to carry on working because they’re still much in demand. For most, it will be a financial necessity.

In terms of qualifying for a state pension, it may actually pay some women to delay their retirement until April 2010 if they can. The Government is changing the rules then, so that from 6 April next year women retiring will need only 30 qualifying years of National Insurance contributions to be entitled to a full state pension in their own right. Until then, women need 39 qualifying years.

Being aware of the changes is important in deciding about retirement timing but, frankly, waiting until you reach or near retirement to start worrying is too late. In an ideal world, we should all be packing away cash for our later years as soon as we start earning.

Experts suggest that, to get a decent retirement income, people should try to save half of their age as a percentage of their salary into a pension scheme. So if you’re 25, you should pack 12.5 per cent of your salary in a pension. At 30, it should be 15 per cent. By the time you reach 40, it should have hit 20 per cent.

In the real world, we all have more important things to spend our cash on than the future. But right now there are thousands of people who are a little more cash-rich because their mortgage commitments have shrunk. Using that cash to boost their pension pot is probably a better option than sticking it into a savings account.

Need another powerful incentive? Just ask anyone approaching retirement whether they wish they had put more into their pension. Anyone who says otherwise is either a happy fool or an Oscar contender.

Another article by the Telegraph reports that millions of women are expected to retire this year on annual pensions of almost £7,000 less than men:

It suggested that women who retire this year will have an average annual pension of £13,671, compared to £20,313 for men. It means women will retire on £6,642 less a year than their male counterparts.

A total of 2.76 women and 3.96 million men are expected to retire in 2009, with the average adult in Britain retiring at 58, according to the findings by Prudential.

Karin Brown, annuities business director at Prudential, said: “It’s still a shock to see so many women retiring at such a disadvantage to their male colleagues.

“The gender gap has become so firmly established because women have historically earned less than men, and still earn around 17 per cent less.

“When women have children, their pension contributions reduce significantly or stop altogether, and their state pensions often take a hit as well.”

She added: “The underlying problem that many people have insufficient pensions is never going to go away unless men and women start saving for their pension much earlier in life, ideally in their twenties or thirties.”

These articles serve as a stark reminder that the gender gap is alive and well, especially when it comes to pensions. Government policies need to address this gender gap, offering full state pensions to all women who worked 30 qualifying years, even those that can’t delay their retirement until April 2010.