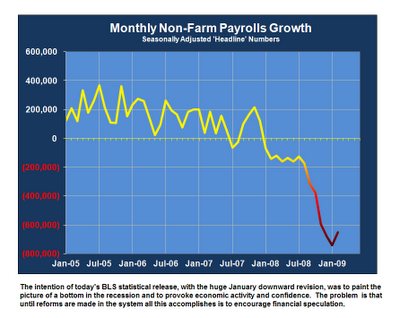 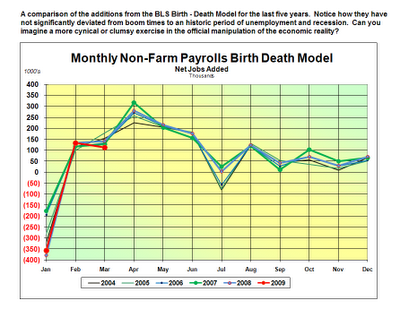 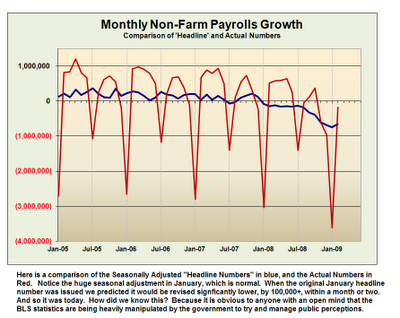 The moving average of the Non-farm Payrolls marked the downturn in the economic expansion with amazing clarity by a steep drop in late 2007. It will also mark the bottom and a sustained upturn when it arrives. 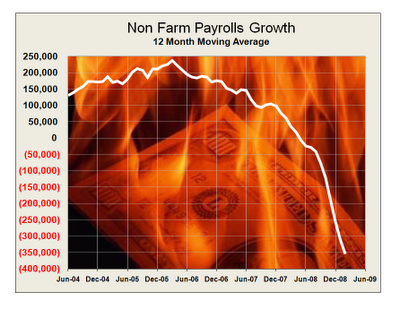