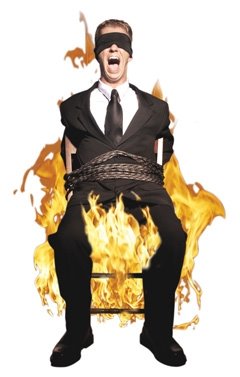 Today was the second meeting of the Standing Committee on Finance focusing on pensions and it placed someone in the hot seat.

You can click here to view the entire meeting in English (note French only and floor videos are available by clicking here and then clicking on the speaker to scroll down).

Present today were the following witnesses:

While I invite you to listen carefully to all the speakers, I am going to focus my attention solely on Mr. Valentini’s remarks and his response to some tough questions.

[Note: As you watch the video you can fast forward by dragging the handle at the bottom above the pause bottom. Transcripts are not available yet but will be soon.]

Mr. Valentini began talking about PSP stating “we are one of the youngest and fastest growing investment managers in Canada”. He noted that PSP is an investment manager, not a pension plan manager and that the liabilities are the responsibility of the Government of Canada.

Mr. Valentini stated that according to RBC Dexia, PSP Investments delivered “top-quartile” returns in the last four fiscal years. He stated that since 2004, diversification has added “significant value” to PSP Investments’ performance since then.

“In fact, a review of long-term results that we have perfomed ourselves on the major funds in Canada last year indicated that private investment returns in real estate, private equity and infrastructure all outperformed total overall fund of each of those funds thus outperforming public markets.”

He went on to recite the mantra: “PSP Investments is in a unique situation. We have the liquidity and flexibility to take a long-term view“.

Stop right there. Why worry about PSP Investments? With net cash flows of $4 billion a year over the next twenty years, why do they bother with “risk management”? They make it sound as if they do not have to worry about risk, and keep doubling down, buying assets on the cheap, collecting huge bonuses as they trounce bogus benchmarks in private markets.

But what about their study that indicated that private investment returns in real estate, private equity and infrastructure all outperformed total overall fund of each of those funds thus outperforming public markets? Well, notice how Mr. Valentini was careful not to discuss why all those other funds, including OMERS, are betting big in private markets.

Here is the answer: Pension fund managers realized long ago that they do not stand a chance in hell to consistently beat the S&P 500 or the S&P/TSX, so they decided to shift assets into private markets like real estate, private equity, and infrastructure, gaming the benchmarks of these assets, allowing them to easily beat them.

Claude Lamoureux and his senior team at Ontario Teachers were the first ones to realize this and when everyone saw how they got compensated millions of dollars, beating bogus benchmarks, the pension herd quickly scrambled to follow suit, claiming they are adding value through the “diversification process”.

But now that it’s the end of the great pension con job and curtains for private markets, how will these pension fund managers game their benchmarks? How will they continue to collect huge bonuses?

No problem! They will claim that “over a four year period, they added significant value”. Of course, this makes perfect sense to them because they do not question these bogus benchmarks in private markets, but to anyone with minimum common sense something does not add up here.

Again, look at the table below comparing 2007 results in Real Estate (click to enlarge):

Huh? What? Mr. Valentini just said they got the “more rigorous and the best” Policy Portfolio in Canada. He cited some study from RBC Dexia and their own internal study (both are not public on PSP’s website) that their Policy Portfolio delivers the highest risk-adjusted returns. How could this be if they killed the Real Estate benchmark?

Importantly, how could PSP’s Policy Portfolio be the “best and most rigorous” if they do not even disclose benchmarks in private markets citing “competitive reasons”?

Speaking of results, let’s get back to the hearings. Mr. Valentini got grilled on disclosing PSP Investments’ results for the latest fiscal year which just ended on March 31st.

This is where things got interesting. In a flagrant display of arrogance, bordering on contempt, Mr. Valentini proceeded to evade answering simple questions on their investments, their performance and on bonuses.

On ABCP, Mr. Valentini said they underestimated “liquidity risk” and totally neglected to mention that both the Caisse and PSP Investments invested in ABCP without proper due diligence and that the benchmarks governing these investments did not accurately reflect liquidity risk.

On bonuses, Mr. Valentini got grilled by Thomas Mulcair and avoided answering questions. At one point, Mr. Mulcair pressed on and said “you are bordering on contempt”. Mr. Valentini said that their results are being audited and that bonuses are based on “industry standards” and approved by their Board of Directors.

That begs the question why is the Board of Directors allowing bonuses when PSP is losing billions and as Diane Urquhart pointed out here, selling CDS but calling it CDOs.

Mr. Mulcair had a message for PSP’s Board of Directors: “Anyone in this country running something called an investment board that lost billions of dollars last year who thinks or even thinks of paying themselves a bonus needs their heads read. We would find it properly scandalous if in the light of what happened last year, that in addition to your considerable salaries, you decide to vote yourself bonuses.”

Mr. McKay echoed these concerns stating it would be inappropriate to pay out bonuses when Canadians are experiencing serious haircuts in their own investment accounts.

[Note to PSP’s Board: Listen carefully to Mr. Mulcair’s message because you have a fiduciary responsibility to oversee activities in the best interests of beneficiaries and the plan sponsor. Also note that Caisse did not pay out any bonuses in 2008.]

While the committee members focused on ABCP, performance and bonuses, no questions were asked on on their credit portfolio and losses related to selling CDS. Who approved of this activity? Did the Board approve it? Why weren’t measures taken to mitigate risks? What is the value of this portfolio now? Who is accountable for this credit portfolio?

In order to answer these questions, the Standing Committee on Finance should bring in PSP’s Chairman of the Board, Paul Cantor, and its President and CEO, Gordon Fyfe.

While they have them both there, they can ask them several other questions:

Also, why does Mr. Fyfe have a golden parachute which states the following [From page 37 of PSP’s 2008 Annual Report, footnote 1]:

If Mr. Fyfe’s employment is terminated for any reason other than for good and sufficient cause, he is entitled to a payment equal to two times his base salary, plus two times the average annual amount earned under the investment Plan and the Deferred Incentive Plan for the three-year period prior to the termination. Mr. Fyfe is subject to post employment non-solicitation of employees and confidentiality obligations.

I think today’s hearing was very interesting because it proves my point that we need more in-depth hearings focusing solely on activities at the large public pension funds. Next up are the hearings in Quebec focusing on the Caisse whose moves have been assailed.

Finally, when people tell you there was nowhere to hide in 2008, please bring up the example of HOOPP and South Korea’s National Pension Service and how they avoided much of the rout in stocks, private assets and hedge funds by allocating a good portion of their asset mix to good old government bonds.

When it comes to hot seats, bonds won’t burn you as badly.