March PMI Data for China Out All Roads Lead to China

“What we have created now is a situation where the banks who will be able to earn their way out of a hole, but by doing that, they are going to weigh on the economy.

“Instead of stimulating the economy, they will draw the lifeblood, so to speak, of profits away from the real economy in order to keep themselves alive.”

Banks’ 1st-Quarter Results May Show Improvement: Whitney CNBC. But she also says housing prices will fall an additional 30%. This is consistent with the Soros comment above.

Tokyo to launch record fiscal stimulus Financial Times. Note that the stimulus of 2% of GDP is in addition to measures of about that magnitude. However, given how dramatic the tailspin in the Japanese economy, this looks inadequate.

Economy Falling Years Behind Full Speed Louis Uchitelle, New York Times. Discusses how long it will take to get the econoomy back to its former level of activity.

The US Treasury requests volunteers for suicide; any takers? Willem Buiter

The Geithner Death Star Felix Salmon. As in the Enron Death Star.

Toxic debts could reach $4 trillion, IMF to warn Times Online, The IMF now has a higher estimate than Roubini. What gives?

Antidote du jour. I think this is a kitten impersonating at tribble, but I welcome other guesses. 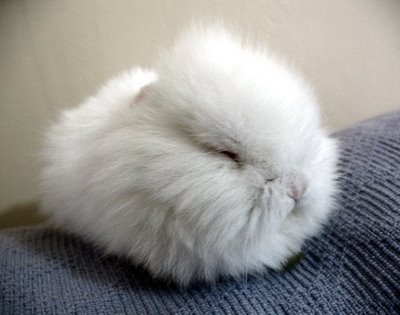