Complete collapse in foreign interest for GSE debt: North American holdings of the latter have increased from 50% to 80% of total notional in one year! 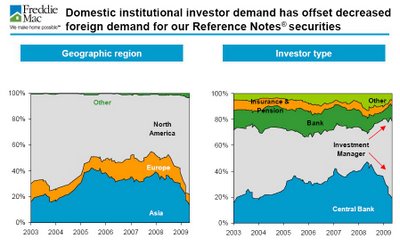 Primary Dealers are selling corporates in droves in order to purchase Treasuries and MBS under the Fed’s gun. Primary Dealers now have a record $368 billion in Corporate, Agency, MBS and Treasury inventory. And the vast bulk of PD holdings of agency debt has less than a 3 year maturity. 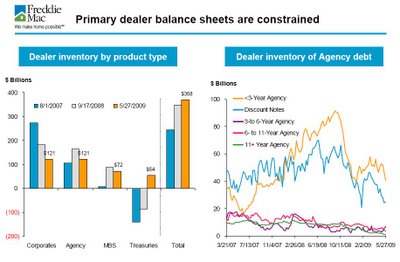 The Fed has bought $103 billion in Agencies, almost half of which matures in the next 3 years. Amusingly, the roll coincides when roughly $1 trillion of CRE debt comes due. Good luck. 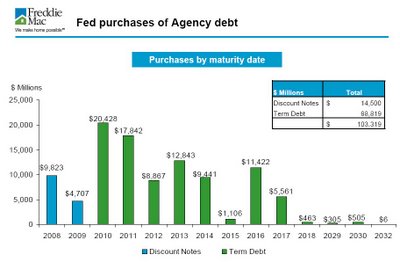 And just in case you are curious who it is that purchases all those low, low coupon MBS out there: the Federal Reserve has bought almost half a trillion at a coupon less than 4.5%. Does Ben Bernanke honestly believe that taxpayers generating a 4.5% return is enough to continue to finance the homeownership mania? With housing prices still collapsing, it is only a matter of time before taxpayers take collosal principal losses on all these MBS, compliments of yet another completely failed risk assesment by the Federal Reserve. 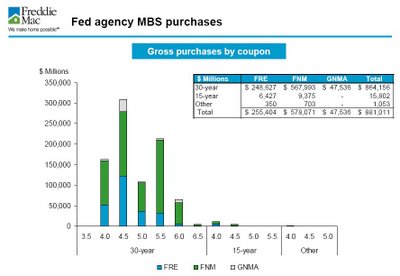