I am traveling this evening and will be overseas for the next two weeks. I am still working but will have a satellite connection, and thus may not be posting at quite my normal level of frequency. I also hope you do not mind if some of my posts are more terse than usual (as in a couple of sentences on “here’s why this is interesting” and the gist of the development).

Ed Harrison has graciously offered to handle Links on some of those days. I will forward your suggestions (always appreciated) to him. Please put “Link” somewhere in your e-mail headline, since that will make it easier for me and him to find them in our Inboxes.

To make up for the lack of Links today (I am going off the grid at 2:30 PM on a Saturday, hardly a prime time for finding material), I am giving you a more in depth Antidote than usual, courtesy Rolfe Winkler:

This extraordinary series of images were captured by photography student Casey Gutteridge, as he trained his camera on the leopard for a course project. 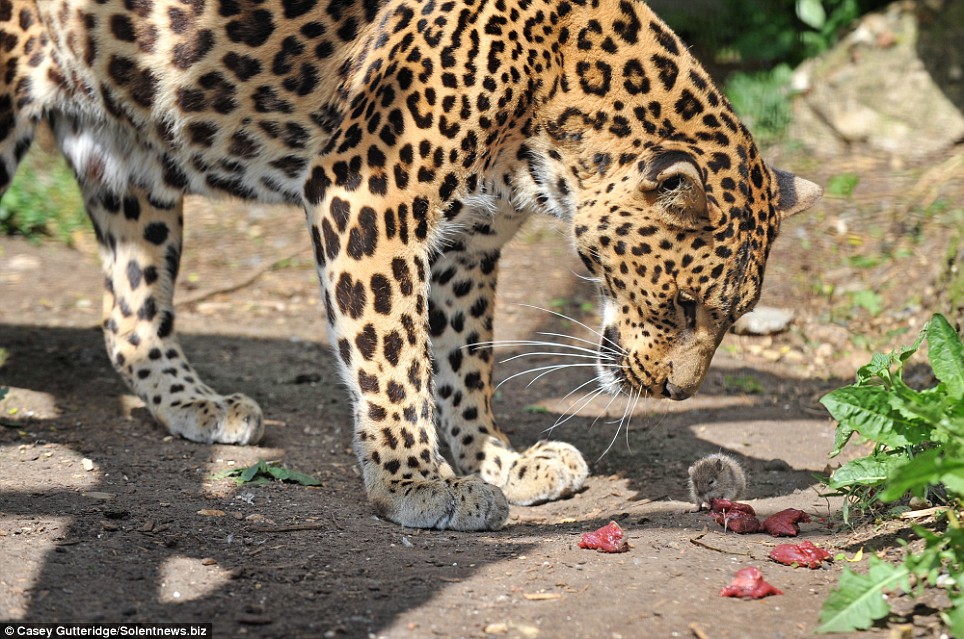 The little rat – thought to be only two to three months old – was spotted scampering into the leopard’s enclosure shortly after feeding time at the Santago Rare Leopard Project, in Hertfordshire.

So intent was the plucky rodent on its mission to snatch a tasty snack, that it seemed not to notice that its path was taking it within a whisker’s breadth of 12-year-old Sheena.

Clutching a corner of raw meat with its tiny paws, the rat busily tucked in, until it sensed one of those whiskers moving in.

Sheena, bemused by the interloper coming between her and the remains of dinner, padded over on paws big enough to wreak vengeance with a single swipe.

But rather than giving the thief at very least the hearty set down it deserved, she gingerly lowered her nose for an exploratory sniff.

Rattus paused, lifted its dainty pink claws in submission, then – obviously deciding on a nothing-ventured-nothing-gained approach – continued to tuck in.

And after another tentative investigation, Sheena gave the leopard equivalent of a shrug and turned away. 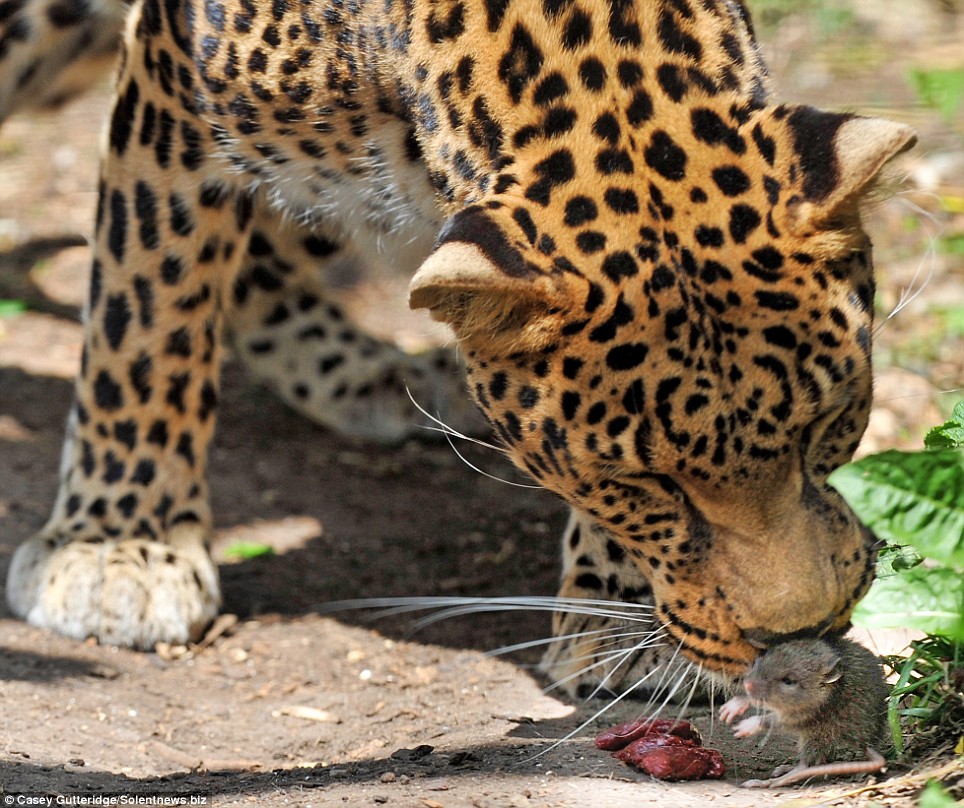 Mr Gutteridge, 19, from Potters Bar, Hertfordshire, thought the rodent was a mouse.

Mr Gutteridge said: ‘I have no idea where it came from – he just appeared in the enclosure after the keeper had dropped in the meat for the leopard.
‘He didn’t take any notice of the leopard, just went straight over to the meat and started feeding himself.

‘But the leopard was pretty surprised – she bent down and sniffed at it and flinched a bit like she was scared.

‘It was amazing, even the keeper who had thrown the meat into the enclosure was shocked – he said he’d never seen anything like it before.’

An expert at the Wildlife Trust said the creature was in fact a young and ‘inexperienced rat’, identifiable by its big paws and ears and more importantly its bald, scaly tail with a thick base.

Leopard project owner Jackie James added: ‘My son threw meat in for the photographers and it just appeared. Sheena batted it away but it just came back. The determined little thing took no notice and just carried on.’ 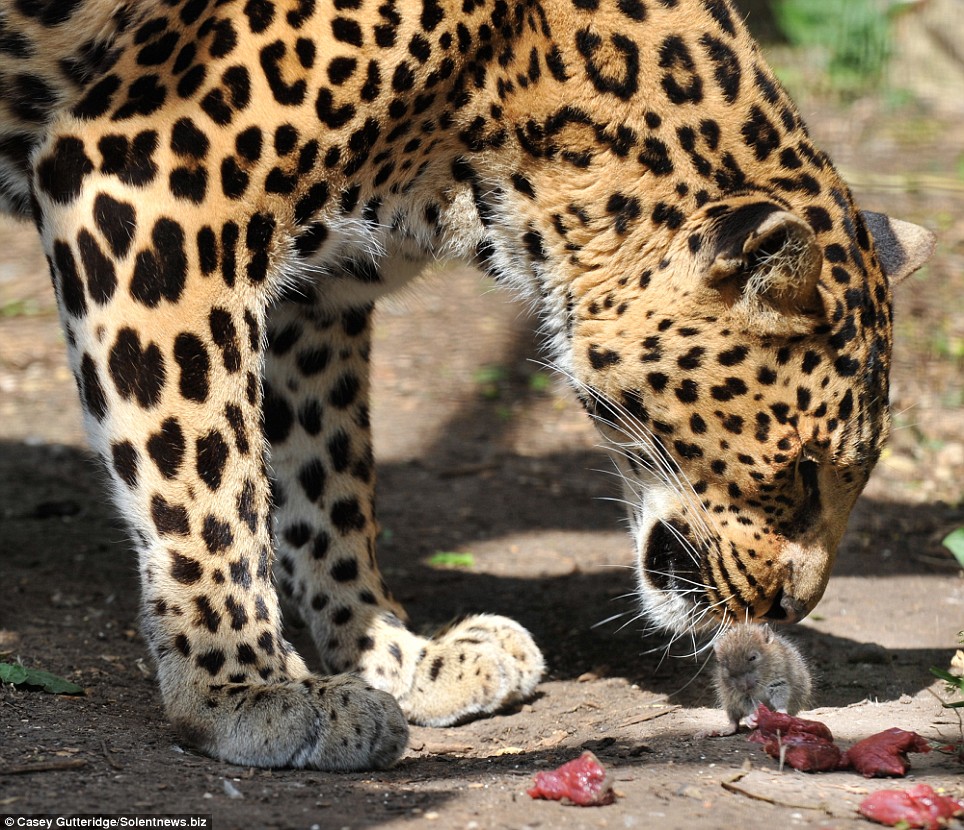