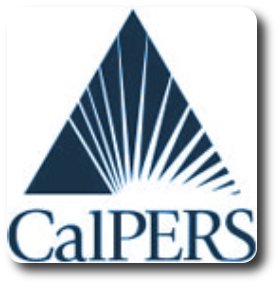 Calpers, the California state employees’ pension fund and one of the most powerful fund managers in the US, is suing the three main credit rating agencies, saying they were negligent when they gave gold-plated ratings to mortgage derivatives that have since turned toxic.

The lawsuit adds to the growing pressure on the agencies – Standard & Poor’s, Moody’s and Fitch – over their role in inflating the credit bubble that turned spectacularly to bust.

Calpers claims that it lost around $1bn on securities that the agencies had said were as safe as government bonds.

All the bonds were given the gold-plated AAA credit rating, yet all three SIVs collapsed amid the market turmoil of 2007 and 2008.The agencies “gave the SIVs purchased by Calpers their highest credit ratings, and by doing so made negligent misrepresentation,” the fund’s lawsuit says.

“The credit ratings on the three SIVs ultimately proved to be wildly inaccurate and unreasonably high.”The SIVs in question include the finance industry’s oldest and largest such vehicle, Sigma Finance, which was set up by London-based hedge fund Gordian Knot. The founders of Gordian Knot, Stephen Partridge-Hicks and Nick Sossidis, had been pioneers of structured finance while at Citibank in the UK in the Eighties.

The other two named in the lawsuit are Stanfield Victoria Funding, run by a New York hedge fund, and Cheyne Finance, run by London-based Cheyne Capital Management.

Calpers is not alleging wrongdoing by the SIVs themselves, rather that the rating agencies were riddled with conflicts of interest because of their close involvement in the way the SIVs were structured. SIV managers designed their vehicles precisely so that the top tranche of bonds issued would get a AAA rating.”SIVs were opaque, and the rating agencies were the only entities other than those running the SIV with knowledge of what assets a SIV actually purchased,” Calpers said.

“The rating agencies were indispensable players in the structuring and issuance of SIV debt, which they subsequently rated for huge fees paid by the issuers – ‘rating their own work’, according to a recent Securities and Exchange Commission report.”Calpers, which manages $178bn of investments on behalf of 1.6 million public employees and their families, is the latest in a long line of investors to have launched lawsuits against the three main agencies.

Standard & Poor’s said yesterday that the suit was without merit and it would defend it vigorously.

The credit rating agencies – in common with many market participants – fatally misunderstood the effect of a housing market downturn on the many of trillions of dollars of derivatives whose value derived from the underlying mortgages.

Many of these were “sub-prime” loans to borrowers with poor or incomplete credit histories, which began defaulting in unexpectedly high numbers in 2007.

Policymakers are examining ways to reduce conflicts of interest in the credit rating industry, and to help investors to be less reliant on ratings when they choose which bonds to buy.

While the lawsuits may have merit, I personally think the large pension funds are wasting their time, enriching corporate lawyers. It’s easy to blame the credit rating agencies – they were incompetent and riddled with conflicts of interests – but ultimately the pension funds failed in their fiduciary responsibility to question all investments as well as the ratings that the credit agencies slapped on this structured garbage.
My advice to pension funds is to take your losses, trust none of the credit rating agencies, and focus on the future. The Sceptical Market Observer wrote an interesting comment on alternative energy shooting up to the sky.
Readers of my blog know that I am a huge proponent of solar energy and I am deeply invested in the sector. There are other, less volatile ways to play solars. I was impressed with the good news that came out of Intel (INTC) yesterday and I like Applied Materials (AMAT) because they are a big player in the solar sector. Another way to play semis is just to buy the ML Semiconductor Holders ETF (SMH). Inventories are so low that any pick-up in demand will translate into better earnings.
Let me end by stating again that I would be buying any dips in the market. I think we will see a lot more positive earnings surprises ahead and the big funds are accumulating shares in order not to underperform the overall market.