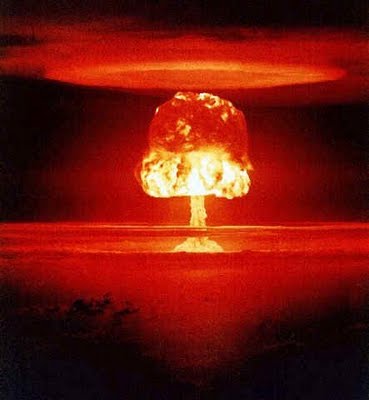 The FT reports that the decline of final salary pension scheme set to accelerate:

Half of UK companies whose defined benefit pension schemes are still open to existing members expect to have closed them to all employees by 2012, according to a survey by pension consultants Watson Wyatt.

If companies act on those intentions, it would leave only about 1m employees in schemes that in their heyday had at least 6m active members.

Rash Bhabra, head of corporate consulting at Watson Wyatt, said there was now “a sense of inevitability” that “the nuclear option” of closing schemes to all members was starting to become the norm.

A number of companies, including Fujitsu, IBM and Interserve, have recently announced consultations about or plans to close their UK final salary schemes to existing members.

But the survey shows that other companies “who were delaying a decision on closing their schemes to existing members until others who had stuck their heads above the parapet are now ready to act,” Mr Bhabra said.

The survey of 250 companies shows – in line with broader industry figures – that only 9 per cent of the schemes surveyed have closed to further contributions to existing members, although three-quarters are already closed to new members.

Only a quarter said that they did not expect to make any changes, but more than half of those have already taken steps to make the scheme less generous, for example by increasing contribution rates, raising the retirement age, or providing less pension for each year served.

Of the remaining 16 per cent of schemes open to new entrants, a mere 2 per cent expect to be so within three years, the survey shows.

Watson Wyatt estimates that more than 2m people are contributing to a private sector defined benefit scheme. More than a million of those could shortly find themselves joining the great bulk of workers in the private sector dependent on defined contribution pensions where the investment and longevity risk is switched to the individual.

Watson Wyatt said three key factors were driving the trend: the economic situation; revaluations of pension schemes that collectively had a deficit of £158bn at the end of July; and the fact that once companies start closures, the trend can become self-perpetuating.

According to Mr Bhabra, directors do not want to explain to shareholders why they are not saving money by closing their schemes, when so many other companies have done so.

In a related story, Bloomberg reports that Pension Corp. LLP, the British insurer of pension fund payouts started by Edmund Truell, is considering an initial public offering next year as pension plan deficits widen to their largest on record (HT to Lisa):

“The amount of capital required to solve the U.K.’s pension problem is just gargantuan, and you can only begin to get that sort of money from public markets,” Truell, 46, said in a telephone interview. The share sale “will be next year rather than this year.”

About 87 percent of the U.K.’s 7,400 final salary pension plans are in deficit following the financial crisis, according to the Pension Protection Fund, a government-backed insurance program.

“The bulk-purchase annuity market is going to continue to be a good market because companies want to get their pension funds off their balance sheet,” said Trevor Moss, a London- based analyst at MF Global Securities Ltd. who tracks insurers. Pension liabilities add “enormous volatility to their balance sheet and profit and loss accounts, so they’re all going to find ways to take that risk away.”

Companies including Cable & Wireless Plc, RSA Insurance Group Plc and Thorn Ltd. have insured the retirement payouts of their pension fund members in the last year to reduce their exposure to volatile investment returns and the risk of former employees living longer than expected.

Truell founded Pension Corp. after 18 years working for Duke Street Capital, which he helped start as part of Hambros Plc in 1988. Guernsey, Channel Islands-based Pension Corp. was the second-biggest insurer of pension plan liabilities last year behind Legal & General Group Plc, which, with Prudential Plc, has been the largest insurer in the market for almost 20 years.

Shortfalls of the U.K.’s 100 biggest publicly traded companies more than doubled to a record 96 billion pounds last month from a year earlier, according to London-based actuary Lane Clark & Peacock LLP.

BP Plc, Europe’s second-largest oil company, said in June it would close its final salary pension plan to new U.K. workers, and lender Barclays Plc has asked 18,000 employees forgo up similar benefits. Half of British companies with defined benefit pension plans expect to close them to all employees by 2012, Watson Wyatt Worldwide Inc. said in a survey published yesterday.

“More schemes closing to future accrual puts them into the back bucket from the employers’ point of view,” said Paul Belok, a London-based actuary at Aon Consulting Ltd. Once a plan is closed companies “will really want to sever the link. The only way of doing that is in the bulk annuity market.”

Pressure from pension trustees to secure members’ future payouts is likely to encourage companies to transfer as much as 20 billion pounds a year in retirement liabilities over each of the next 15 years to firms such as Pension Corp., Legal & General, and Goldman Sachs Group Inc.-owned Rothesay Life, Belok said. About 8 billion pounds of assets were moved in 2008, according to Aon.

The amount of pension liabilities transferred dropped to 1.5 billion pounds in the first half of 2009. Rising defaults on corporate bonds, which typically back annuity payments, at the beginning of this year slowed dealmaking, Belok said. Transactions may resume in the second half as the bond market stabilizes, he added.

More insurers like Pension Corp. will have to raise capital if they wish to meet a long-term rise in demand for bulk annuities, according to Guy Coughlan, managing director of JPMorgan Chase & Co.’s pension advisory group.

“There’s not enough capacity in the global insurance and reinsurance industry to transfer the longevity risk of corporate pension plans in the U.K. alone,” he said. “It’s an overwhelming problem that you can’t solve without bringing multiples of the current capital that exist in the insurance industry.”

An overwhelming problem indeed. I have been writing about the pension pandemic for a little over a year and my worst fears are slowly but surely materializing.

IDG reports that a pension backlash is looming at IBM, trade union leaders have warned:

IBM should “brace itself for a backlash from thousands of employees”, the union said, after hundreds more IBM workers are understood to have joined up. Union meeting have been “packed to overflowing”, it said.

Around 5,600 staff are expected to be affected by the IBM changes, which will only see them receive what has been “accrued” so far, based on years of service and level of pay.

Unite said that typically people in their mid 50’s could lose up to £200,000 as a result of the changes. It also expects between 700 and 1000 people to opt for early retirement before April 2010 when new early retirement provisions apply.

Peter Skyte, national officer at Unite, said the pension changes represented an “unacceptable attack” on staff. He added: “These highly skilled and experienced staff were key to the company’s survival and they view the company’s proposals as a kick in the teeth.”

The changes there follow a similar step taken by Fujitsu in May, after that company’s scheme hit a £1 billion deficit.

People should be paying close attention to what is going on in the U.K. because the same fate awaits pension schemes on this side of the Atlantic. Mike “Mish” Shedlock posted a comment on CalPERS admitting its pension costs are unsustainable and notes the following on politically unfeasible solutions:

Dropping defined benefit plans may be “politically unfeasible”, but they are “Actuarially Mandatory”. If unions had any brains (and typically they don’t), they would hop on the 401K bandwagon for new employees, hoping to save what they have for current members.

Instead, they risk municipal bankruptcies such as happened Vallejo, California, where some bankruptcy judge ultimately decides who gets what.

Note that the system is so broken that it is highly probable that a massive reduction in pension benefits is necessary even IF the unions would agree to the 401K solution.

A massive reduction in pension benefits will likely cause massive protests by union members, which means more social unrest.

When I wrote that the pension crisis will define President Obama’s legacy, I meant it. Those pension bombs that started exploding in 2008 have exposed the vulnerability of the nation’s retirement systems.

Politicians all around the world better pay close attention to global pension tension because a financial nuclear bomb was detonated in 2008 and its full effects have yet to be felt.