Another reason the market rallied in New York today was a bullish call on the banking sector by a Goldman Sachs analyst.

Here is a somewhat different analysis of the situation by Chris Whalen of Institutional Risk Analytics. Chris believes that he sees strong evidence that “the fourth quarter in the banking industry is going to be a bloodbath.” 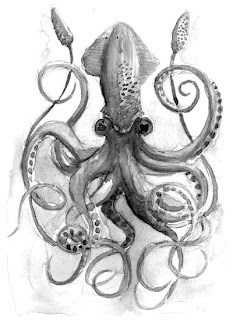 Even if Goldman is wrong, and lots of investors take their advice and get hurt buying into banking stocks before an approaching “bloodbath,” they seem to have it covered, at least for themselves, with of derivatives delivering profits into their own pockets should those banks fail.  At least this is the pattern shown in their dealings with CIT.

And they could be right. The government might be preparing fresh tranches of bailout money and there could be more toxic assets coming from off the banks’ off-balance-sheets to yours, via the Fed.

Place your bets. Or better yet, save your money, and don’t.

Stocks rallied to start the week thanks to a better-than-expected ISM services sector report and a Goldman Sachs upgrade of big banks, including Wells Fargo, Comerica and Capital One.

But all is not right in either the economy or the banking sector, according to Christopher Whalen, managing director at Institutional Risk Analytics. In fact, Whalen says most observers are drawing the wrong economic conclusions from the stock market’s robust rally.

“Why is liquidity going into the financial sector? It’s because the real economy is dying [and] everyone is fleeing into the stocks and bonds because they’re liquid at the moment,” Whalen says. “That’s not a good sign.”

The banking sector’s assets shrunk by about $300 billion per quarter in the first half of 2009, a sign of banks hoarding cash in anticipation of additional future losses, according to Whalen. “The real economy is shrinking because of a lack of credit.”

The shrinkage will continue into 2010, Whalen predicts, suggesting the banking sector hasn’t yet seen the peak in loan losses. Institutional Risk Analytics forecasts the FDIC will ultimately need $300 billion to $400 billion to recoup losses to its bank insurance fund. (In other words, the $45 billion the FDIC sought to raise last week by asking banks to prepay fees is just a drop in the bucket.)

“Investors should think about this because the fourth quarter in the banking industry is going to be a bloodbath,” says Whalen, who believes smaller and regional banks like Hudson City Bancorp may come into favor vs. larger peers, which have dramatically outperformed since the March lows.

“When you see the markets rallying when the real economy is shrinking that tells you this [recovery] is not going to be very enduring,” Whalen says.

In this regard, Whalen finds himself in philosophical agreement with Nouriel Roubini, George Soros and Meredith Whitney, among other “prophets of the apocalypse” who’ve once again been raising red flags in recent days.