Goldman Sachs abandons kittens (we’re not making this up) New Deal 2.0. In case you missed this (as I had)

Skunk’s Strategy Not Just Black and White PhysOrg. Maybe I can come back as a skunk. They have nice personalities and no one messes with them.

Mortgage Program Gathers Steam After Slow Start Wall Street Journal. Major disconnect between the opening paras and the money quote here, pure Orwellian reporting. The claim of success is based on 20% of eligible borrowers getting a trial mod. So what? As the story points out further on:

Whether the program will ultimately be judged a success will depend upon how many trial modifications become permanent. To receive a permanent fix, borrowers must be current on their payments in the trial program after three months and submit a hardship affidavit and other documents.

The administration won’t release figures on completed modifications until December, but so far it appears that very few trial modifications are becoming permanent, often because of a lack of documentation.

Willem Buiter Apparently Does Not LIke Gold, and Why Jesse. This was not one of Buiter’s finer moments. 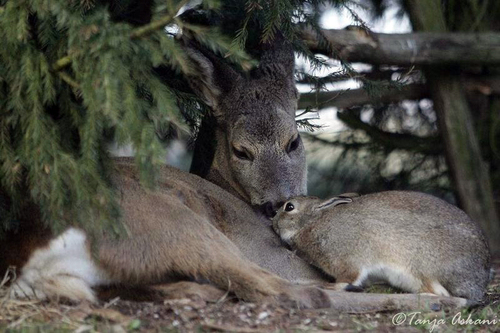