Plants ‘can think and remember‘ BBC

Study: Attack on Iran would be ‘start of long war’ Raw Story

Bank mortgage securities desks in hiring spree Financial Times. I must remind readers that the German government bond market showed considerable improvement in 1931 until shortly before Credit Anstalt collapsed. There are some very serious problems in the RMBS market that have not been addressed that look likely to surface in the next 6-18 months.

AIG Becomes ‘Benmosche Show’ After Departure of Chairman Golub Bloomberg. Further proof that a preening, bullying prima donna who cares only for his own interest is at the helm. I never worked with Golub directly but I know people who have, and they think highly of him. Benmosche appears to recognize that the absurd absentee ownership by Uncle Sam is rife for abuse, and he is not submitting to normal corporate governance. Think anything but a compliant chairman will take the job after the departure of a well regarded executive like Golub?

The US, in other words, is not likely to face the “nuclear option” of a Chinese disruption of the US Treasury bond market. It is far more likely to be swamped by a tsunami of foreign capital. This tsunami will bring with it a corresponding surge in the US trade deficit and, with it, a rise in US unemployment. It will also force the US Treasury to increase the fiscal deficit as more of the jobs created by its spending leak abroad. 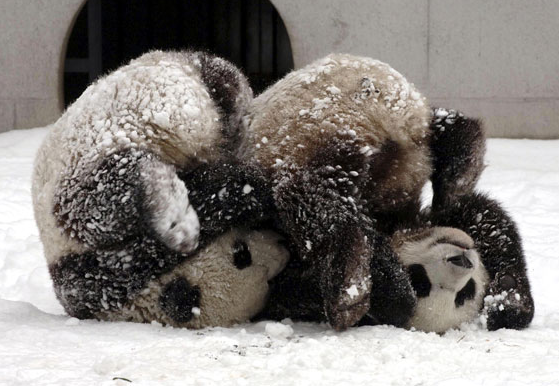