Even though most people face some form of financial stress in their lifetime, and the financial crisis upended the affairs of many who had been comfortable, the poor and near poor contend with ongoing difficulties.

The Community Service Society conducts an annual survey, The Unheard Third, which catalogues some of the conditions poor and near-poor New Yorkers face. My impression is that New York has fared much better than the rest of the country in the aftermath of the crisis precisely because of the massive overt and covert subsidies given to the financial services industry, which is the foundation of the local economy. Thus I suspect if you were to conduct the same sort of survey in other US cities, the results would be even more grim.

The survey focused on low income residents, with those defined as poor (household earnings at or below federal poverty standards, or FPL) sampled most intensively.

Notice how many of the poor have trouble affording food (click to enlarge): 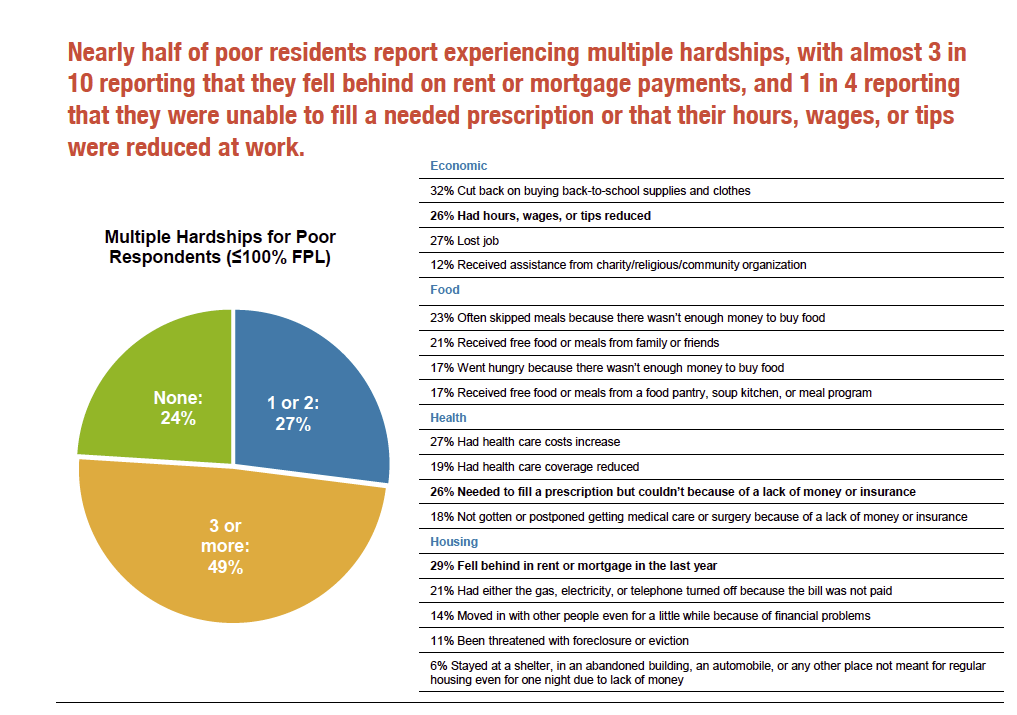 The near poor are better off, but not by much: 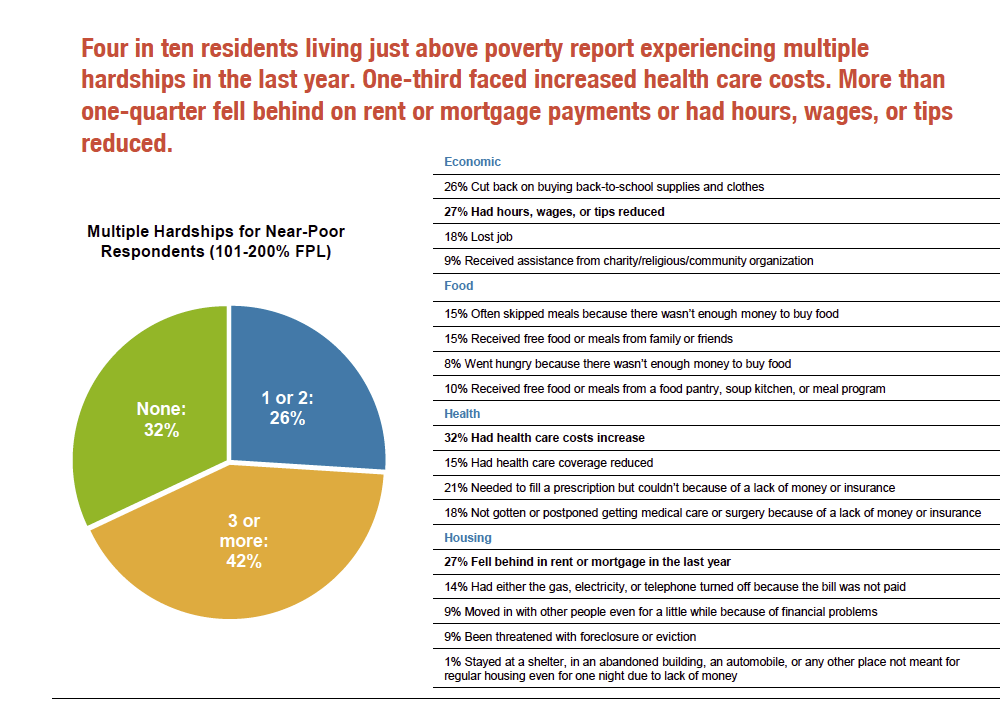 Health care is the most common trouble area for middle income New Yorkers: 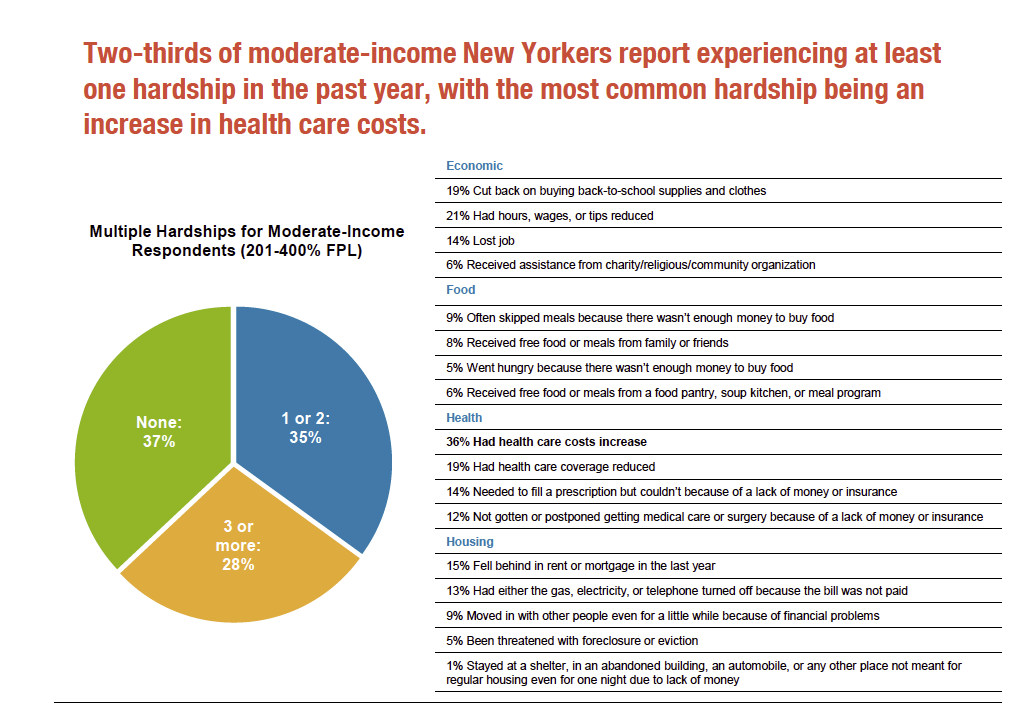 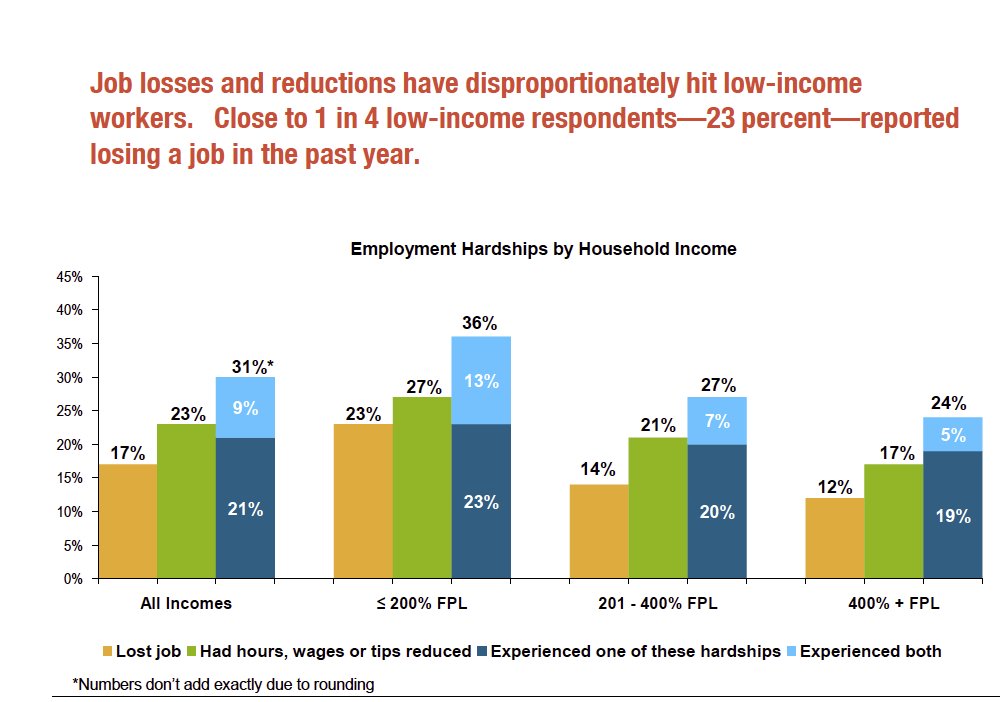 And the supposed recovery seems to be leaving them behind: 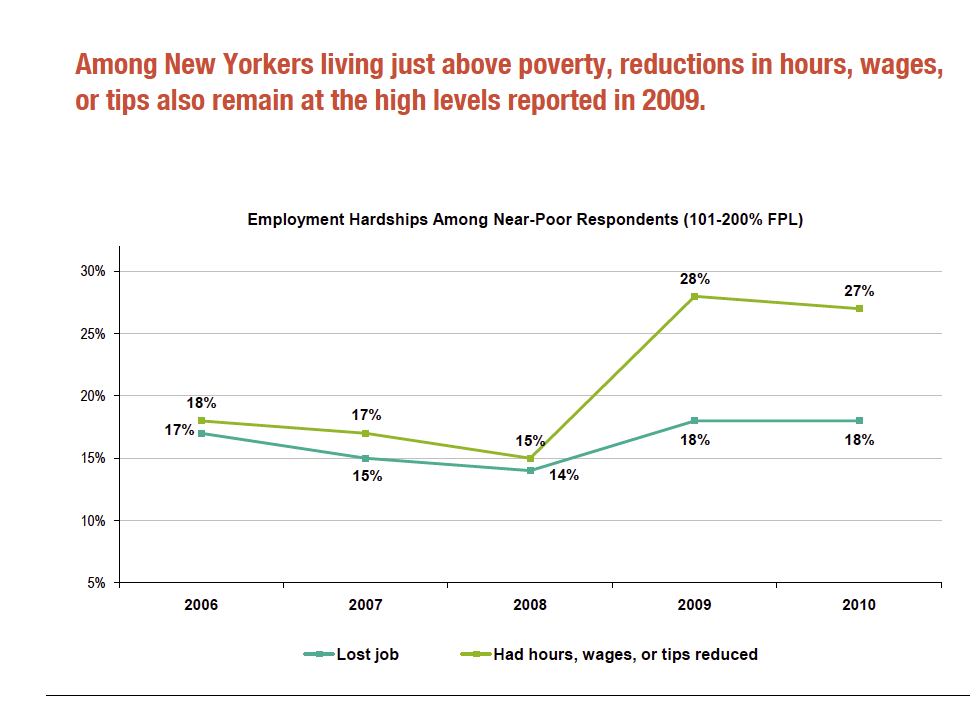 I encourage you to read the results in full. It is ugly out there.