Don’t be blinded by the web. The world is actually stagnating Guardian (hat tip reader May S)

This ermine was seen outside of the Lawrence’s home in Lake Placid. Ermines turn white in the winter with a black tail that acts as a decoy for predators. 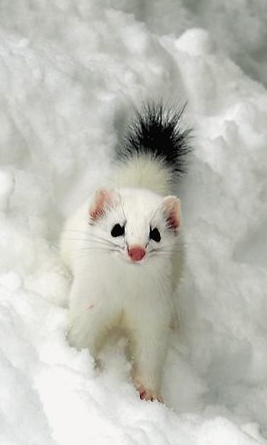