You Love Your iPhone. Literally. New York Times. I am the proud owner of a stupid phone. I did love and still miss my NeXT computer. Since I really don’t like cell phones, I fancy I will be immune to iPhone romantic enslavement when I finally break down and get one.

This economic collapse is a ‘crisis of bigness’ Guardian

With nets, spray and force, police crack down on march The Villager (hat tip Buzz Potamkin). On last weekend’s march, but provides some useful detail.

If Millennials Do Worse Than Their Parents, It Will Be Because Bill Gates’ Kids Have All the Money Dean Baker

Why Isn’t the Unemployment Crisis a National Emergency? Mark Thoma

Top Prosecutor Stands Out by Pushing Back New York Times

Antidote du jour (hat tip reader James B). This is a Nicobar pigeon, which is enough to make me rethink my views on pigeons: 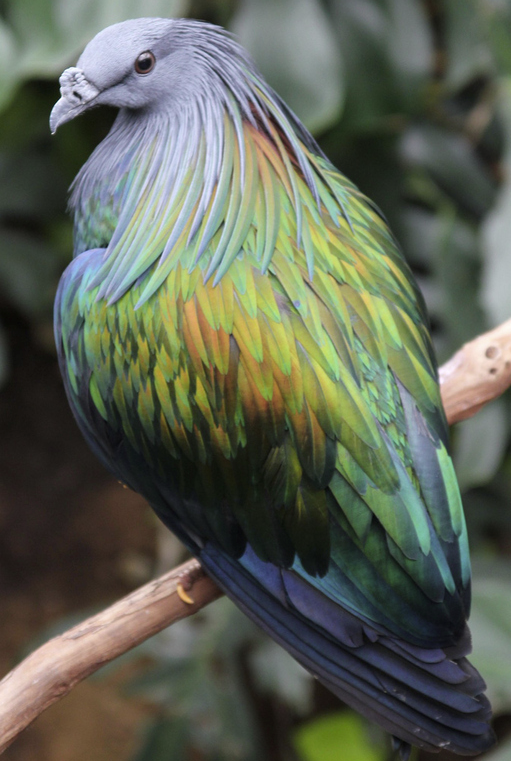