This is Naked Capitalism fundraising week. Over 620 donors have already invested in our efforts to shed light on the dark and seamy corners of finance. Join us and participate via our Tip Jar or read about why we’re doing this fundraiser and other ways to donate, such as by check or another credit card portal, on our kickoff post and one discussing our current target.

The Sad, Beautiful, Surreal Sight of an Endangered Rhino Being Airlifted to Safety Gawker (hat tip furzy mouse). Richard Smith had already sent the picture of the rhino as one of his un-antidotes.

Why Is the State Department Using Our Money to Pimp for Monsanto? Alternet (hat tip reader furzy mouse)

Predicting the Euro’s Demise: To Those Who Got it Right, We Salute You! New Economic Perspectives (hat tip Philip Pilkington)

Largest Municipal Bankruptcy Filed Wall Street Journal. My 83 year old mother, who lives in Jefferson County and is letting her shrubs die because it costs too much in sewer charges to water them, said the county should BK from the get go. Why it took the officialdom so long to come around is beyond me. I assume it is a combo of believing the banker nonsense re “”no one will ever lend to you again” (in fact, lenders LOVE cleaned-up balance sheets) and fear of exposure of corruption (the former mayor, Larry Langford, is in prison after being convicted on 60 counts of include brib­ery, fraud, money laun­dering and conspiracy for his time as head of the Jefferson County Commission). Reader Justica points out the moralizing in related coverage: Jefferson County’s Path From Scandal to U.S. Bankruptcy Filing: Timeline Bloomberg

“Capital Offense: Occupying Washington” Michael Hirsh, Facebook. A “why they are right to be angry” news compilation with brief commentary.

The 1% are the very best destroyers of wealth the world has ever seen George Monbiot, Guardian (hat tip reader Peter J)

Nightmare For MF Global Customers: They Really Might Not Get Their Money Back Clusterstock (hat tip reader furzy mouse)

The Multistate Foreclosure Settlement Adam Levitin. Levitin is loaded for bear. If you have any interest in the mortgage mess, this is a must read.

Antidote du jour: Ann M’s Tribeca cat Emmett, on a break from trying to hunt pigeons and doves through the window. 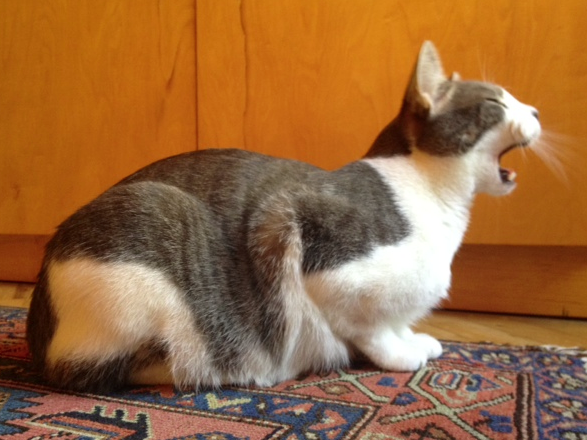