Horsemeat Datapoint Confirms Economy on Upswing Outside the (Cardboard) Box

How Food Affects Genes Institute for Science in Society (hat tip reader Aquifer). Not certain re the science here….

Fed saves Europe’s banks as ECB stands pat Ambrose Evans-Pritchard. This is correct. If the ECB was backstopping the banks adequately (or if they were forced to recapitalize), dollar lenders would not be so wary.

Obama’s morbid fear of EU meltdown Financial Times. Hah, would serve him right after not getting tough with the banks.

Congress push to relax US securities laws Financial Times. This is a guaranteed to rip off investors and set the US capital markets back 80 years. Which means it is certain to become law.

“The Wikipedia of Land Registration Systems” Adam Levitin, Credit Slips. Um, this is actually a diss to Wikipedia.

Also, Max Gardner’s Boot Camp (the source for cutting edge real estate/foreclosure litigation strategies) has a few slots open for its next CLE course. His last Bankruptcy Boot Camp of the year on December 8 and is offering NC readers (attorneys only) a great discount on the last couple of spaces by signing up through this link by Friday. Take advantage of this special offer to join the amazing list of graduates like Nick Wooten, Tom Cox, April Charney and many others who have learned Max’s approaches for representing consumer bankruptcy and foreclosure defense clients.

Antidote du jour. According to the e-mail from furzy mouse, George, who looked to be the runt of his litter, is now the biggest dog in the world. He is 7 feet long, nearly 4 feet tall at his shoulder and weighs 250 lbs. 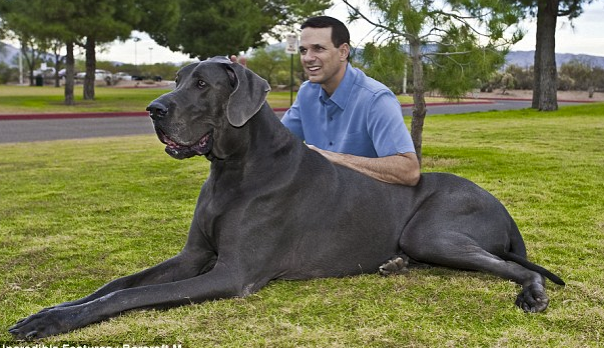